Trump promised paid family leave and to make childcare accessible and affordable. These measures are long past due in the US, but will Trump deliver? 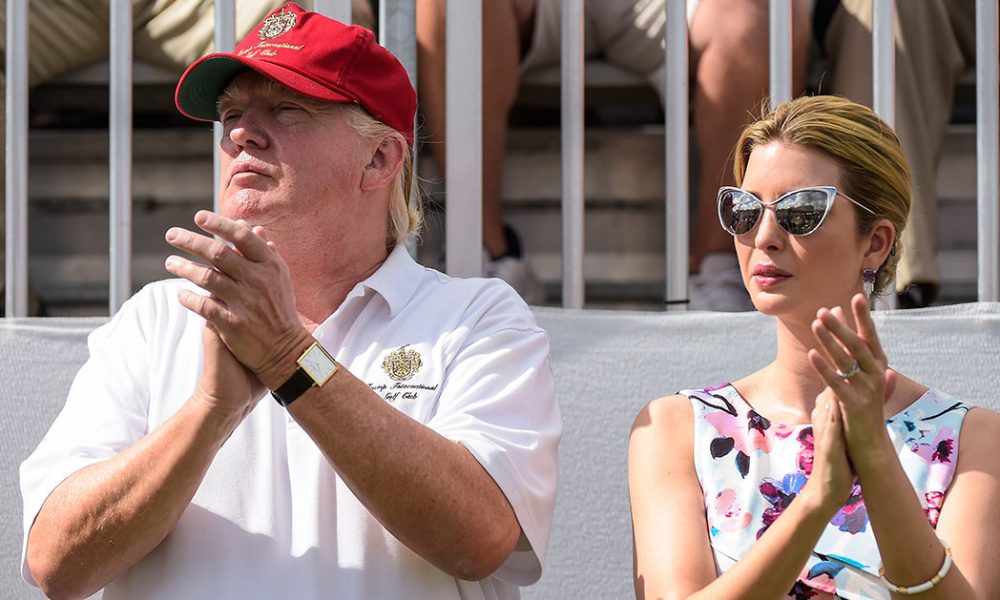 After weeks of chaos in the Trump administration, historically low approval ratings and defeats of his plans and policies, Trump made a “State of the Union” like speech in Congress. The speech expressed all of the major sentiments of a typical Trump speech: anti immigration, “America First” rhetoric and promises to bring back jobs, grow American industry, and hunt down and kill “radical Islamic terrorists.”

However, this speech was markedly different from others in its “Presidential” tone and it indicated that Trump, at least rhetorically, seeks to work with the Democrats. Specifically, he indicated that he looks to find common ground on issues that have been traditionally championed, at least rhetorically, by the Democrats such as childcare and paid family leave. He said, “…Democrats and Republicans should get together and unite for the good of our country and for the good of the American people. My administration wants to work with members in both parties to make child care accessible and affordable, to help ensure new parents have paid family leave, to invest in women’s health, and to promote clean air and clear water, and to rebuild our military and our infrastructure.”

These statements come a little over a month after the Women’s Marches on January 21st — some of the largest mobilizations in recent US history. Trump’s sexism is widely publicized; from his sexist comments against Hillary Clinton, Rosie O’Donnell, and a slew of other politicians and celebrities to the infamous “pussy grabbing” video, Trump’s misogyny is well documented. His sexism manifests itself in policy as well, nominating a “pro life” Supreme Court justice and cutting funding for any organization that uses other funding sources to provide abortions. His inner circle is entirely male with the exception of Kellyanne Conway and his daughter, Ivanka. The last President to have so few women in his cabinet was Ronald Reagan (around 30 years ago).

Yet, in his important speech, he spoke about a central issue to American people and most centrally to women’s rights- the right to paid family leave and affordable childcare. Papua New Guinea, Oman, and the United States are the only three countries in the world with no paid-maternity-leave law. The fact that the United States does not have this incredibly basic right is a demonstration of both the weakness of the women’s rights movement and labor movement. Currently, the Family and Medical Leave Act allows workers to take up to 12 weeks unpaid family leave. However, workplaces with less than 50 employees are exempt and, according to the New Yorker, only 60% of workers are covered by this law. Furthermore, families living paycheck to paycheck cannot afford to take 12 unpaid weeks off work, even if covered by the 1993 legislation.

CNN reports that infant care costs, on average, more than a public university. That means that minimum wage workers may pay up to two thirds of their wages in child care. In most economically advanced countries, the government or employers help with childcare costs. 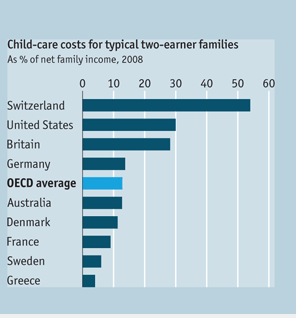 Trump is not the first President to promise paid family leave and childcare. Obama made a similar promise throughout his Presidency, with no results. The fact that there is no paid family leave and no government-provided child care is the fault of both the Democrats and the Republicans. The Democrats regularly give lip service to women’s rights but have not seriously advanced policies in support of women and families.

What is remarkable about Trump’s statements is that they mark a Republican supporting paid family leave and government help with childcare… and not just any Republican but the most openly misogynist president in the history of the United States.

Since the 70s, when Richard Nixon vetoed a bill that would have subsidized universal child care, the Republicans have been actively opposed to supporting government-sponsored child care. Nixon, a Cold War President, raised the fear of communism and the degeneration of the traditional family structure when he vetoed the bill, citing concerns that it would “commit the vast moral authority of the National Government to the side of communal approaches to child rearing over against the family-centered approach.” Since then, no President has been presented with such a bill.

“I know of no mainstream elected Republican who’s on board with child care support,” said Michael Madowitz, an economist at the Center for American Progress.

In this sense, as in many others, Trump is rewriting the rules about what it means to be a Republican. An article in the National Review characterizes Trump’s speech at the joint session as “a jumble of populism (the dominant strand, with its emphasis on protectionism and immigration restrictionism), conventional GOP priorities (tax cuts, deregulation, etc.), and Ivanka-ism (family leave, women’s health)” (referencing the alleged influence of Ivanka Trump in promoting some degree of moderation in the White House and supposedly being a major force preventing Trump from ending workplace protections for LGBT federal employees).

In all likelihood, Trump will not advance paid family leave any more than Obama did. It is not uncommon for Trump to say one thing and do another. For example, just hours before his speech, Trump signed an executive order called “Restoring the Rule of Law, Federalism, and Economic Growth by Reviewing the ‘Waters of the United States’ Rule”, which was intended to review the Clean Water Rule. Yet, during the speech, Trump said he intended to “to promote clean air and clear water.”

We cannot discard the possibility that Trump will advance with his idea of paid family leave and child care. However, Trump’s child care plan, as outlined on the campaign trail, would primarily benefit the wealthiest sectors of women. He proposed tax credits for parents who are able to pay for child care — a policy that allows the government to skirt its responsibility to provide childcare. This would do absolutely nothing to help families who are living paycheck to paycheck and, instead of helping to provide much-needed childcare for working class parents, it will use this funding to help wealthier individuals.

Trump proposed that women get six weeks of unemployment benefits if their employers don’t offer paid leave, which means that people would not get their full paycheck (in states where unemployment benefits are only part of a full paycheck). Again, those who live paycheck to paycheck simply cannot afford to live on lower wages in the face of rising costs due to the arrival of a newborn.

While Trump gives lip service to women’s rights to try to shake off his poor ratings and label as a misogynist, the plan he proposes will primarily benefit wealthy women. A little over a week after Trump’s speech was International Women’s Day, which commemorates a historical women’s labor strike in 1917. It is this kind of mass mobilization and organizing that is needed to create real change in the lives of working women, not Trump and Obama’s empty promises.