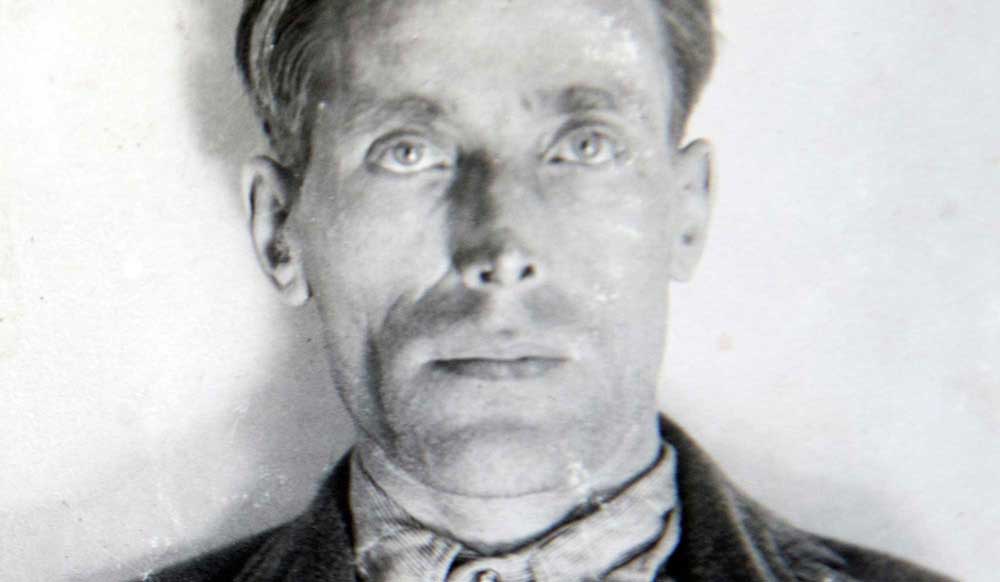 On November 19, 1915, the state of Utah executed Joe Hill on a trumped-up murder charge. A Swedish immigrant, born Joel Emmanuel Hägglund and also known as Joseph Hillström, he came to the United States and joined the large swath of precarious workers in dangerous, low-paying jobs. Around 1910, he joined the Industrial Workers of the World (IWW), also known as the Wobblies, and soon became renowned for his songwriting abilities. Utilizing well-known melodies, mostly from hymns, he wrote sharply funny lyrics that mock the capitalist system, aimed at rallying the working class to rise up. His fame soon got the better of him and he was framed for two murders at a Salt Lake City grocery store.

Why did the state murder Joe Hill? In every town the itinerant laborer and singer visited, he would sing his songs on the street and “rouse the rabble.” The capitalists were determined to put an end to that. Even an international campaign to overturn his conviction was unsuccessful.

Before his execution, he sent a telegraph to IWW “Big Bill” Haywood that read: “Goodbye Bill. I die like a true blue rebel. Don’t waste any time in mourning. Organize … Could you arrange to have my body hauled to the state line to be buried? I don’t want to be found dead in Utah.”

His songs live on, and are oft-quoted and performed by many folksingers to this day. The IWW’s infamous Little Red Songbook is filled with his lyrics and has had a lasting effect on socialist art. Here are four of his tunes to listen to on the anniversary of his death, and one famous song that celebrates the man himself.

“The Preacher and the Slave”

Joe Hill coined the term “pie in the sky” with this song. A parody of the famous hymn “In the Sweet Bye and Bye,” his lyrics sharply criticize the weaponization of religion to placate the working class in its exploitative labor in life by promising salvation after death.

In that glorious land in the sky (way up high)

Work and pray, live on hay

You’ll get pie in the sky when you die

Hill wrote this song shortly after the first day of a nationwide walkout of railway employees during the Illinois Central shopmen’s strike of 1911. An anti-scab anthem, it’s a good reminder that all scabs go to hell.

One of his most earnest songs, Hill wrote this for IWW comrade Elizabeth Gurley Flynn as an ode to and celebration of working-class womenfor their strength, courage, and fearless fight against the capitalists.

Yes, her hands may be hardened from labor

And her dress may not be very fine

But a heart in her bosom is beating

That is true to her class and her kind.

“There is Power In a Union”

Sung to the tune of “There is Power in the Blood (of the Lamb),” Hill subverted the song to instead relish in the power of the working class coming together. Oftentimes, the IWW would go to worksites to organize laborers, but were competing for the attention from preachers and church folk. Utilizing these hymns was a way to get noticed, but with lyrics holding up the fight against capitalism.

When they stand hand in hand,

That must rule in every land—

Perhaps better known as “I Dreamed I Saw Joe Hill Last Night,” this song was written after Hill’s execution to honor him and his unyielding commitment to overturning capitalism and freeing the working class from wage slavery. With lyrics by Alfred Hayes and music by Earl Robinson, it speaks poetically of Hill’s legacy living on in every struggle against the capitalist bosses. It was made most famous in a performance by folk singer Joan Baez at the 1969 Woodstock Festival.

Joe Hill ain’t dead, he says to me,

Where working men are out on strike,

Joe Hill is at their side.

Joe Hill is at their side.