Antarctica’s “Doomsday” Glacier is melting, and the ice sheet at its base will likely shatter into icebergs in the next five years. This will accelerate the pace of sea level rise, and the global working class will pay the price. 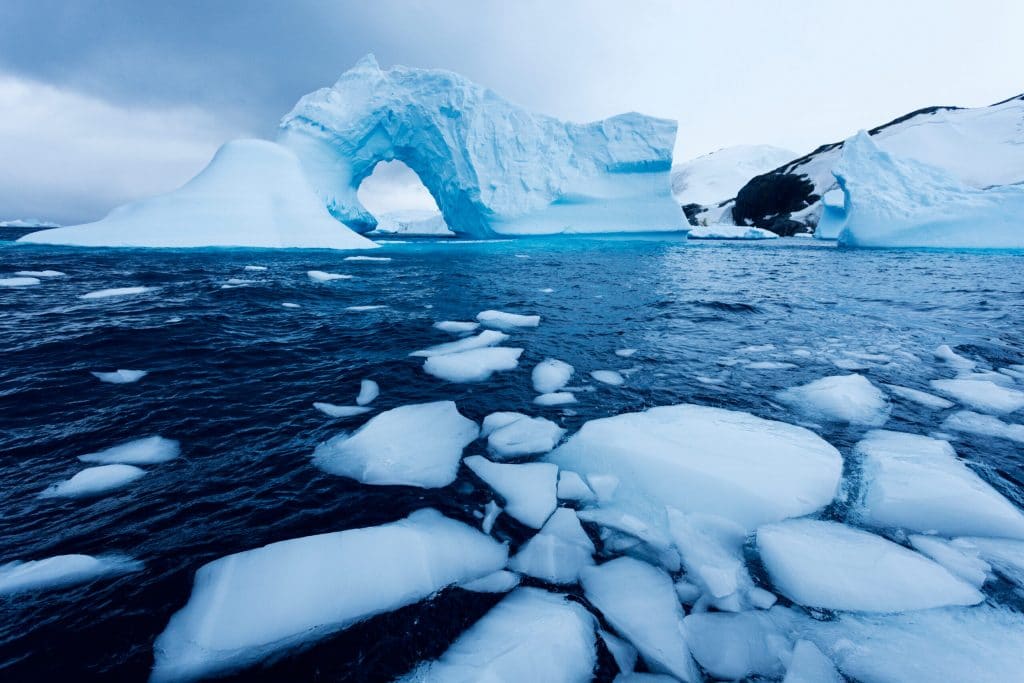 This week, hundreds of scientists presented at the annual meeting of the American Geophysical Union (AGU) in New Orleans. Among them were several researchers from the International Thwaites Glacier Collaboration (ITGC). Their findings suggest that the ice sheet supporting the Thwaites Glacier — nicknamed by many as the “Doomsday” Glacier —  will probably break apart into icebergs within the next five years, almost certainly within ten. If and when this happens, the sheet will no longer act as a buffer for the rest of the glacier, allowing it to slide into the ocean faster. This, in turn, will cause sea levels across the globe to rise even more rapidly.

The problem with the predictive models used by NOAA, as the research from the ITGC shows, is that they are based on the current state of interacting geologic and atmospheric processes. If any one aspect of the complex system changes (for instance, the ice sheet fracturing), it could have unpredictable and cascading effects on the other elements. A New York Times article includes visualizations of how changes to the complex polar ecosystem can have devastating effects on the ice.

As the sea levels rise, low-altitude areas will see mass flooding, leading to death, mass displacement, and destruction of agriculture. To put it mildly: the Thwaites Glacier collapsing into the ocean will impact millions if not billions of people.

It goes without saying that, as the sea levels rise, it will be the global working class who pays the price — specifically the most precarious sectors. Just this year, New York City saw massive floods that drowned poor working class New Yorkers in their homes. Across the globe we are seeing more and more climate refugees fleeing their home countries only to be turned away by imperialist countries. The migrant ship sinking in the English Channel is a dark foreshadowing of what is to come as worsening conditions create more and more climate refugees.

The National Oceanic and Atmospheric Administration predicted in 2017 that, if “business as usual” levels of emissions continue, sea levels were likely to rise around 2.5 feet by 2100 compared to 1992 levels, although it could be as much as eight or nine feet. However, more recent and advanced projections suggest it could be much worse. Two or three feet of sea level rise in the next 80 years may not seem like much, especially for those who live inland. But along the coasts and across parts of China, Egypt, India, and other areas where major rivers meet the ocean, tens if not hundreds of millions of people will be displaced, and significant amounts of farmland will become unusable, resulting in famine and rising food costs for those who do have access. Low-lying island nations, like Tuvalu and Kiribati, could outright disappear. Every additional foot will bring exponentially graver consequences.

Put simply, the research announced at AGU this week shows that things are getting worse at a faster rate than scientists originally anticipated. Normal geological processes — melting glaciers, change in sea level, etc. — which ought to happen slowly over millennia are happening at a greatly accelerated rate due to mass fossil fuel consumption and other kinds of ecological destruction fueled by capitalism and the constant drives for growth and profit. This means that the planet will experience intense, devastating disruptions when normally the changes would take place slowly over a much longer time period.

The capitalist response to this disaster of its own making is to shrug their shoulders, continue with business as usual, and double down on fossil-nationalism through continued extraction of resources and violence against climate refugees — with some small (largely symbolic) changes to policy. President Biden has exceeded even former President Trump’s approvals for new drilling projects on public lands and proposed $25 billion in subsidies for fossil fuel companies, among other anti-environment policy decisions.

It can be easy to react to this latest news with despair and pessimism. But this news should radicalize us. Time is running out, so our response must be quicker. We cannot fall into the capitalist trap of baby steps that disguise continued extraction while pretending to wean off of our previous ways of doing things over the next 30 years. Radical action is needed now. We must build a militant climate movement that fights in the streets and in our workplaces for necessary environmental protections, full rights for refugees and open borders, and necessary aid to the hardest hit areas. We must also demand and organize for improvements to infrastructure, to ensure that rising sea levels do not decimate cities and kill workers.

But, most importantly, we must connect these demands to the struggle to overthrow capitalism. As long as we live under an economy that demands infinite growth, the environment will be under constant threat. Capitalism views the environment as just another resource to exploit and plunder, with climate change being an unfortunate consequence. But climate change is not an unfortunate consequence, but a crisis. It’s a crisis for workers who lose everything in floods, it’s a crisis for people in the Global South, and it’s a crisis for refugees. The Doomsday Glacier is falling into the ocean. Let us make sure capitalism falls with it.