Down With U.S. Imperialist Aggression Against Iran!

The US assassination of Iran’s top general on Friday marked a radical intensification of the ongoing conflict between the US and Iran that could lead to yet another US-led war in the region. It is the duty of socialists and working people everywhere to organize against this blatant imperialist aggression and demand that the US leave the Middle East. 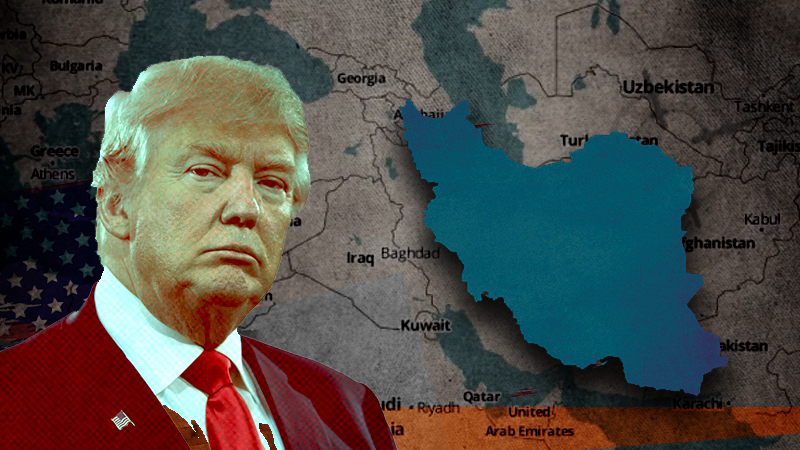 Soleimani’s assassination is unprecedented in recent history. Though Barack Obama’s administration used the method of selective and extrajudicial executions by drone to assassinate political leaders—earning him the nickname “The Drone King”—Soleimani’s execution marks a shift in that Trump’s administration has extrajudicially killed a representative of a sovereign state who has not been accused of crimes by the international community. Though the veneer of bourgeois legality is used to justify countless imperialist interventions across the world, Trump’s attack marks a new level of imperial impunity. Trump publicly bragged about the assassination on Twitter and posted the image of an American flag, a gesture that glorifies US militarism.

Soleimani’s assassination has been applauded by the most reactionary supporters of US imperialism, including ultra-right-wing prime minister of Israel, Benjamin Netanyahu. The US also has the unconditional support of the Saudi monarchy in this conflict, a regime which was involved in the brutal murder of former Washington Post journalist Jamal Khashoggi.

Soleimani’s execution has further heightened tensions between Iran and the US. In the past months, President Trump had already set the stage for greater imperialist aggression in the region by sending 14,000 troops and heavy artillery to countries bordering Iran.Since the drone strike, US attacks have accelerated. On January 3, approximately 3,000 fresh US troops were sent to the Middle East. Only one day after the drone attack which killed Soleimani, another US air raid targeting the PMF (a state-sanctioned organization of mostly Shia militias in Iraq) left six people, some of them medics, dead in Iraq. With no sign of de-escalation in sight, the brazen offensive by the Trump administration against Iran has stoked fears that another devastating war may be imminent.

Thus far, Iran’s supreme leader Ayatollah Ali Khamenei has responded by vowing “forceful revenge” against the United States amidst three days of national mourning. Meanwhile, Khamenei also named hardliner Esmail Qaani as the replacement for Qassim Soleimani at the time of his murder on Friday.

Unsurprisingly, shares in defense companies like Lockheed Martin and Northrop Grumman have already surged. The oil industry also stands to gain from Trump’s tactical move, handing capitalists greater margins of profit from a region that has been more and more difficult for US companies to manage and influence.

What is behind the imperialist aggression against Iran?

The US airstrike comes at a time when Iran-US relations have become increasingly tense. Most recently, allegedly Iran-backed militias stormed the US embassy in Baghdad on New Year’s Eve in response to a previous series of drone strikes on Iranian assets in Iraq and Syria on December 26.

Behind the imperialist aggression against Iran is the loss of US hegemony in the Middle East. The US has invested more than $5 trillion since 2001 in the region, and yet other world powers are beginning to have an increasing influence. This is shown by the bilateral agreement between Russia and Turkey to patrol the northern border of Syria and the free trade agreement between China and Iran that was hampered by US economic sanctions.

As a result of the economic sanctions imposed by the US, the austerity measures promoted by the Iranian government, and the authoritarian character of the regime, there have been intense mobilizations  and protests in the last months against the Iranian ruling class. It is clear that the Trump administration took advantage of this convulsive context to escalate the conflict. With Soleimani out, Iran’s attempts to extend its influence politically, ideologically, and militarily throughout the Middle East could be undermined. Iranian regional policy has already come into question with recent protests in Iraq and Lebanon — two countries that face growing Iranian influence.

Rather than weaken or destabilize the Iranian government, it is possible that these attacks could work in favor of the Iranian regime by strengthening Iranian national unity against a common enemy. The working class, however, could capitalize on growing anti-American sentiments to confront imperialism in much the same way that people around the world have risen up to defy the deteriorating economic conditions through mass protests and strikes.

The ongoing imperialist aggression also has electoral contours. During his 2016 presidential campaign, Trump made the case  that the US’s involvement in the Middle East, specifically during the Obama years, was an utter failure, one that had cost the US trillions of dollars and weakened its strength in the region. Since assuming the presidency, Trump has tried to differentiate himself from the Obama administration, significantly reducing the US military presence in the Middle East while at the same time making it a priority to end the Islamic State through drone strikes and concentrated military maneuvers.

Another priority of the Trump administration has been to curb Iran’s growing regional influence and stop its nuclear program, primarily by tightening economic sanctions. One of Trump’s most significant acts since assuming the presidency was to pull the United States out of the Iran nuclear deal, a pillar of Obama’s foreign policy.However, the recent attacks on Iran mark a qualitative change in Trump’s policy in the Middle East, one that may push the US to the brink of war and is undoubtedly influenced by the run-up to the 2020 elections.

On the one hand, Trump is acting consistently with his persona of a  “strongman” protecting the interests of the US. The series of attacks that led to the assassination of General Soleimani was set in motion by the rocket attack by the Kataib Hezbollah militia a series of bombings against Iranian targets in Syria, Iraq and Somalia, and then the siege of the US Embassy in Baghdad allegedly organized by Soleimani. Trump maintains that these newest acts by the US are a reaction to Iran’s own aggression. By assassinating Soleimani, Trump says, the US acted “to stop the war” and that “we took no steps to start the war.”

Beyond a defense of US presence in the region, however, the escalation of the conflict can also be seen as an attempt to negotiate better conditions for both that military presence and US influence in the region in economic terms. According to imperialist media such as the Wall Street Journal, “In killing the Iranian commander, the Trump administration is gambling that it can weaken Iran’s regional influence, possibly forcing Tehran to negotiate. Such an outcome could further boost Mr. Trump as he faces an impeachment trial and gears up for re-election.”

In electoral terms, conflict in Iran has the benefit of putting Trump’s “America First” rhetoric into practice and distracting from the impeachment scandal he is currently entangled with.

But these acts of aggression go beyond putting pressure on Iran or taking a hardline stance. As Representative Andy Kim, the former Iraq director at the National Security Council under President Obama, admitted: “the Obama administration had also considered killing General Soleimani, but it never did so out of concern over backlash.” This act of aggression could propel the US into a war that may complicate Trump’s reelection.

Although the big media outlets are warning against a war with Iran, all agree in legitimizing Soleimani’s murder. Soleimani’s assassination was an act of imperialist aggression, and nothing good can come from U.S. intervention for the Iranian masses. The Republican Party, of course, in the middle of the election year, came out to support Trump, and the Democratic Party is shedding crocodile tears because Trump acted above Congress.

Joe Biden, a favorite in the Democratic primary, denounced the attack but was one of the main proponents of the war against Iraq. Elizabeth Warren, the second favorite in the Democratic primary, warned of the danger of war but condemned Soleimani, voted for sanctions against Iran, and voted twice for the war budget of the Trump administration. Imperialist bipartisanship is the essence of imperialist policy on the Middle East, from the alliance with the genocidal state of Israel to the offensive against Iran, even though there may be differences in the methods and pace the conflict is taking.

The Democratic insurgency led by Bernie Sanders and AOC denounced the intervention in Iran and opposed a possible war, and Sanders is pushing for a bill in Congress to prevent war. The problem is that the strategy of relying on a congress made up of imperialist politicians can lead nowhere. Trusting the U.S. Congress is as ineffective as trusting that one of the most important imperialist parties in the world can be reformed. Rather, the example to follow is that of the powerful anti-war movements that from Vietnam to today have taken radical methods and flooded the streets to stop the imperialist massacres of the U.S. government.

Imperialists out of the Middle East!

Workers, socialists, young people, and all the exploited and oppressed around the world, but especially in the United States, must come together to unequivocally condemn the US’s imperialist aggression against Iran and demand a full withdrawal of all US forces from the region. Such condemnations, however, must not include or imply any political support for the reactionary Iranian regime, which has not hesitated to attack and repress the exploited and oppressed in Iran and neighboring countries, including the recent repression of protesters in Iraq.

As the example of the US invasion of Iraq in 2003 demonstrated, the working classes and the popular classes have nothing to gain from imperialism. On the contrary, the death and disaster unleashed in Iraq, not to mention the loss of life and resources since the beginning of the Afghanistan war, have done nothing but exacerbate the suffering of working people in the Middle East.

It is a mistake for working people to equate US interests with their own prosperity, and liberal media outlets perpetuate this idea as they beat the drums of war. As the revolutionary Frederich Engels said “a nation cannot become free and at the same time continue to oppress other nations.”

In reality, it’s the big bosses of the arms industry, oil company investors, and other powerful actors connected to the military industrial complex who benefit when billion dollar military budgets are approved and the working class is deprived of access to education, healthcare, housing, and food in favor of gross military spending.

It is in the interest of the working class and the international Left to stop a possible war against Iran. On a global level, the masses have staged great demonstrations of force, including across Lebanon, Iraq, Iran, France and Chile. This force must be turned against the common enemy, which is imperialism.

The socialist left in the US needs to be on the front lines against this imperialist war and build a movement in the streets and workplaces to stop it, independent of the Democratic Party, which is just as imperialist as the Republican Party.

We socialists side with the oppressed masses of Iran and the Middle East and fight for the withdrawal of U.S. troops from the region; we want the US driven out. We fight for the working class and the oppressed to take the reins of the struggle. We will stand for workers and the defeat of US militarism— not only in Iraq and Iran, but everywhere.