Two NY DSA members make the case for ending all DSA endorsements of the Democratic Party. 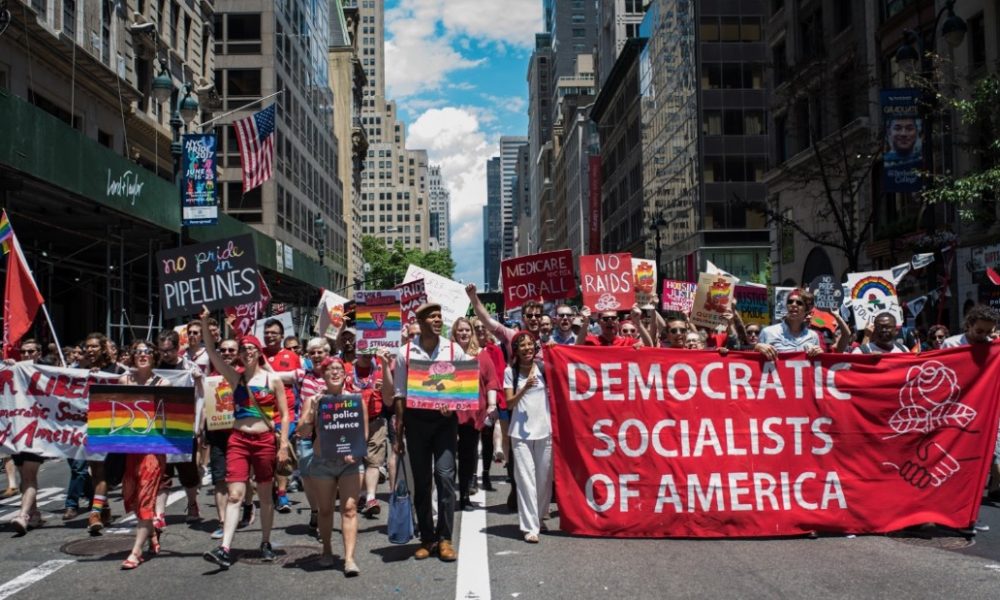 This article was originally published on the NY DSA website.

They say the definition of insanity is trying the same thing over and over again but expecting the results to be different.

The Left in this country has tried to “use” the Democratic Party to its advantage for decades. Time and time again, organizations with significantly more power than the DSA has now have sought to change the party from the inside.

Every single one of these attempts failed.

What they historically lead to instead is the Democrats co-opting them, stripping their ideas of all revolutionary substance, thus resulting in the slow death in all of these movements. What the Left has failed to understand over and over again, is that the Democratic Party exists to politically represent a wing of the capitalist class. There’s a reason the Democratic Party is called “the graveyard of social movements.”

The argument that the DSA should run candidates on the Democratic Party line is often framed as a question about strategy. It just wouldn’t be practical to run people as third party candidates, the pro-Democrat tendency argues.

The pro-Democrat tendency in the DSA considers the goal of engaging in electoral politics to be to get people into office so they can write legislation. But this leads us to class collaboration instead of class conflict. If we view the role of our people to collaborate with capitalist politicians to write reforms, the legacy of our movement will be nothing but extremely watered down reformism. That is not to say that we should not fight for reforms, even within the political system, but they should ultimately be fought for independently by the working class.

Also, by supporting Democratic candidates, we are giving material and ideological support to an imperialist party. As socialists living in the heart of the Imperialist beast, we have a distinct responsibility to stand in solidarity with our comrades suffering Imperialist oppression. Because even the left flank of the Democratic party (people like Bernie Sanders) support imperialism, supporting such a party betrays our anti-imperialist obligation.

Independence from the Democrats does not mean we need to become a small sect of people screaming about socialism. How we escape irrelevance is not by endorsing Democrats, but by making a difference in class struggle. Our “relevance” should come from our ability to support, engage in and organize with the power of the working class.

DSA’s continued involvement in the Democratic Party can only lead to the end of the movement we seek to build as it has done time and time again. Yet, there are still those that argue that just this time, things will be different.

It’s time to finally abandon that failed strategy and build something else.