‘Dune’ Is Anticolonialism as Imagined by Megacorporations

The new film based on Frank Herbert’s epic is full of anti-imperialist imagery, but it amounts to nothing more than a Hollywood version of colonial resistance struggle. 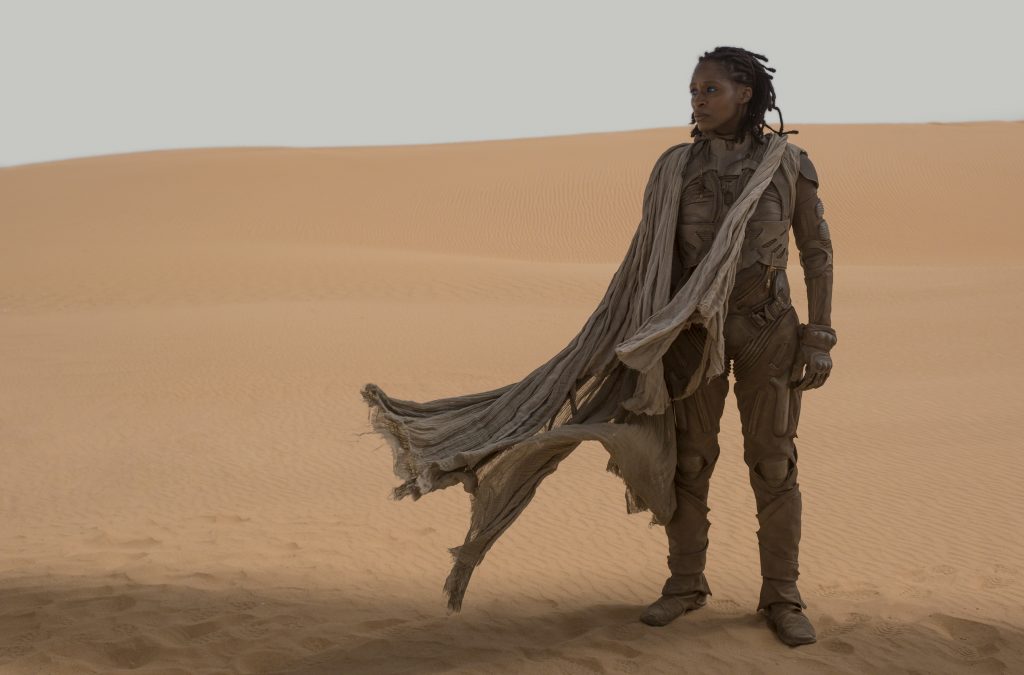 The last year has seen a massive shift in how people in the United States and the world understand history. Black Lives Matter forced many people to rethink commonly held narratives about the founding principles of the United States. The idea that U.S. capitalism has always been based on racism, once only understood by socialists, is now almost hegemonic. This has, in turn, led to shifting attitudes about U.S. imperialism as well, demonstrated over the last several months by the huge growth in support for the Palestinian struggle against occupation.

It is amid this social climate that Dune is arriving in theaters and on HBO Max tomorrow — more than five weeks after hitting European cinemas. It is the much-anticipated second film version of the 1965 novel by Frank Herbert. The 1984 film by David Lynch was, despite many lovely scenes, a mess. Additional attempts by Ridley Scott and Alejandro Jodorowsky never even made it onto the screen.

Right from the opening frames, it is impossible to overlook the film’s connection to anti-imperialist struggles in today’s world. A young woman, speaking off-screen, describes how colonizers took over her desert planet of Arrakis. House Harkonnen has gotten unimaginably rich by plundering the planet’s main resource, spice, created by giant sandworms. But we also see indigenous people, the Fremen, attacking the colonizers.

These scenes are beautiful and moving. Generations of people have read Dune, and many will feel something magical about seeing these well-known characters and stories on-screen. The novel has enough complex themes to appeal to a wide audience, ranging from communists to the most strident reactionaries.

Herbert himself had a contradictory yet reactionary worldview: he opposed the Vietnam War but supported Richard Nixon. He embraced an anti-modernist “rugged individualism,” which led him to glorify a colonial fantasy about the purity of indigenous peoples. In Dune, this is expressed in a white savior myth. It is a scion of the colonizers, the young Paul Atreides, who is needed to lead the oppressed in their struggle against colonialism.

Thanks to growing demands for greater diversity in Hollywood, however, casting in this version of the story is far more diverse than anything we could have imagined just a few years ago. Liet-Kynes, for example, is played by a Black woman, Sharon Duncan-Brewster. This is all well and good, but unfortunately these creative modifications to the book don’t go much deeper than optics. While the Fremen are presented as heroes, they are denied any kind of specific identity. Indigenous cultures are just an indistinguishable goop of everything that is not white. The actors playing the Fremen have a jumble of accents, represented by Spaniard Javier Bardem and the Nigerian Babs Olusanmokun. (To make things more confusing, the “white” colonizers are led by Oscar Isaac, who was born in Guatemala.) We see a brief nod to the victims of colonialism, but no interest in genuine lives, and thus no interrogation of colonial structures.

Meanwhile, in contrast to most right-wing traditions in the United States, Herbert lacked any kind of religious convictions. The white savior Paul Atreides is immediately recognized by the Fremen as their messiah, the Muad’Dib. But we learn this myth has been deliberately planted over centuries by the Bene Gesserit, a mysterious network of sorceresses that includes Paul’s mother.

This materialist deconstruction of religion shows how colonialism forms and distorts the cultures of the oppressed, both in openly violent and in subtle, manipulative ways. In line with Herbert’s often contradictory belief system, Dune therefore both repeats and deconstructs the white savior myth — magical ideas about prophecy are rejected in favor of scientific explanations of long-term social engineering. Like many science fiction authors of his time — just look at Isaac Asimov’s Foundation — Herbert believed that elites can completely control societies via top-down planning.

These elements ultimately make for an extremely pessimistic view of liberation struggles: only elites have any hope of making history. This “great man” theory informs the rest of the fictional universe as well: we see a galaxy-wide civilization based on European feudalism, with Great Houses passing their power via male heirs. It is as if a society’s superstructure could be totally independent of its economic base, when in actuality this universe is driven by the aggressive colonial extraction of spice.

Dune ultimately presents a vision of anti-colonialism as imagined by multinational corporations. They offer to cast more people of color in high-budget films while leaving structures of imperialist exploitation and racist oppression in place. There is no mistaking that these very structures are at the heart of Dune’s plotline. Yet little is done to interrogate them, including in the critical reception of the film thus far.

It’s hard to miss imagery of U.S. wars in the Middle East. What could spice represent, in our unadvanced world, besides oil? Even the planet Arrakis sounds suspiciously like Iraq. As high-tech warriors from far away are routed by poorly armed yet savvy local fighters, who can avoid thinking about Afghans resisting U.S. occupation?

Then again, the film is vague enough that Trump supporters should be able to see themselves as Fremen facing down “oppression” by retail workers insisting on masks or teachers who acknowledge the existence of racism. Dune has generated very little controversy precisely because it has mystified any connections to injustice in our own world — to the point that only a thin gruel remains. What a lovely film visually, though!

Lily is a graduate student at the Freie Universität Berlin studying political economy, labor, and leftist internationalism. Her current research focuses on how workers in the service industry are leveraging for better conditions in the post-lockdown economy. 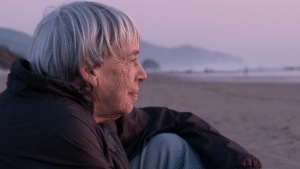 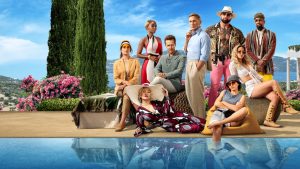 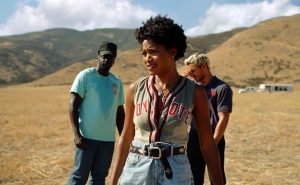