Early Re-Opening Is an Attack on the Unemployed

States across the U.S. are re-opening, against the advice of medical professionals. These re-opening attempts are a move to attack the working class, particularly the unemployed. Essential workers and the unemployed must unite to fight back the ruling class’s attacks. 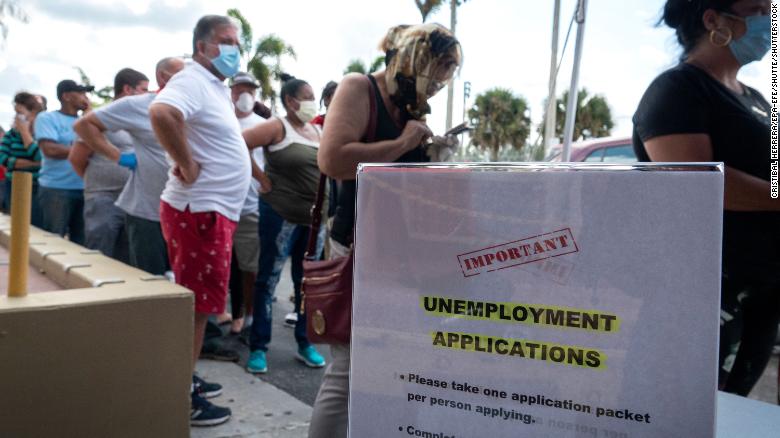 Many states across the U.S. have begun to move towards re-opening after around two months of the coronavirus-related shutdown.  Premature openings, like what is being seen in Georgia and Texas, are further evidence that the U.S. government — at both the state and national levels — is totally aligned with big business and corporations against the working class. The capitalists and their politicians want people to go back to work because their profits come from our labor and many businesses are undergoing an economic crisis.

The government has shown their cards and are rejecting the advice of medical professionals to mitigate the economic damage on capitalists. Some state officials have even said this explicitly. There is precious little medical or scientific reasoning to support opening states back up at this point. Rather, these premature re-openings are a result of states bowing to economic pressure and, in doing so, seriously jeporidizing the well-being of the working class. Indeed, Wall Street has been pushing to reopen for weeks now, even as death rates continue to rise in many states.

The current crisis has resulted in mass unemployment, with the Bureau of Labor Statistics reporting a 14.7% unemployment rate for April, which excludes undocumented workers, anyone paid under the table, newly graduated students joining the workforce, and workers still waiting to get on unemployment. This means that the real unemployment number is substantially higher.

In response to this crisis, the U.S. congress passed the CARES Act which, in addition to giving trillions of dollars to big businesses, provides an extra $600 per week to everyone on unemployment. It is important to note, however, that many unemployed workers are not able to get on unemployment; for example undocumented workers are blocked from recieving unemployment. Additionally, this increase in job losses has coincided with increased wait times and delays in receiving benefits. So, even for those who are allowed to claim unemployment benefits, there are still many barriers to actually receiving the money.

But rather than focusing on the millions of people who are not able to claim unemployment and are struggling in the midst of the crisis, right-wing lawmakers and pundits are more worried about the proportion of minimum-wage workers who are currently making more money on unemployment than they were before. For example, the Telegraph argued: “We should be paying people to work, not sit idle.” Of course they say nothing about the fact that if workers are receiving more money on unemployment than they were while working their precarious minimum-wage jobs, then clearly they were not making enough. It only makes sense that workers may not want to  jump into another low-wage, low-protection job if they can stay on unemployment.  This, of course, poses a problem to the bosses who rely on a desperate workforce who are willing to take low-paying and often unsafe jobs. With unemployment payments being higher than usual, many bosses face a potential crisis. This has put pressure on Congress not to not renew the increased unemployment benefits when they expire in the summer.

The bosses’ solution to this problem is clear: if states relax their restrictions, then businesses can re-open and demand that their workers return. If workers choose not to go back to work, they would then no longer be, in the technical sense, “unemployed.” Because unemployment insurance is not available to workers who quit their jobs, this new situation forces workers to choose between possibly putting themselves in danger or losing all income. There are a few minimal protections for workers but even those are proving to be wholly inadequate. Indeed, workers have recently been walking off their jobs in protest of the lack of necessary protective equipment to shield them from exposure to the coronavirus. This cannot be taken as separate from the current push to reopen: states are hoping to use the threat of unemployment and a largely available workforce to coerce workers to work in unsafe conditions. It is a cynical and potentially deadly tactic that is designed to suppress the new uptic in class struggle.

To top it off, the new stimulus bill currently being discussed, may include a provision that protects businesses from getting sued if their workers contract coronavirus on the job. Under this provision, the working class is stripped of even the bare minimum of protections. Businesses will re-open unsafely, fail to protect their workers at all, and we will see increasing numbers of workers being forced to decide between starving at home or dying at work.

The Capitalists Want Us To Die For Their Profits

As we stand at the beginning of the worst economic crisis since the Great Depression, the ruling class is once again showing their true colors and their true allegiances. They are choosing to protect neither the essential workers, who are being asked to work without proper protection, nor the growing numbers of unemployed. Both groups are being sacrificed at the altar of capital.

It is important to understand that these two groups — the unemployed and the essential workers — may appear to have different interests, but they are actually deeply tied to one another. Both groups have been endangered by the coronavirus pandemic and the bourgeoisie’s horrific response to it; both groups will be central to any fight against capitalism that will rise out of the current moment; and together, both groups hold the solution to the current crisis. The fates of the unemployed and the working class must be united if we are to defeat the deadly forces of capital.

When there is high unemployment, capitalists often will try to weaponize the unemployed against the working class, using the desperation of the unemployed to lower wages and worsen working conditions for all workers. For example, right now, many of the unemployed have very few options for employment due to the fact that multiple industries have all but ceased to exist, such as the hospitality, service, and entertainment industries. The bosses want to use the few options available to the unemployed to worsen the conditions of those who are still employed. For example, by coercing laid off workers to return to work in dangerous conditions, the bosses are attempting to dismantle the leverage of workers currently struggling for protection in the workplace. They want to turn the working class against itself in an attempt to kill the wave of class struggle that is currently building, with workers walking off the job. We must respond with class solidarity among the working class, both the employed and the unemployed.

Essential workers who are unionized must demand that their unions, community organizations, and workers’ centers form a united front including both the unorganized and the unemployed. A united front allows workers to fight as a class, rather than as individuals or specific sectors, which increases both their numerical and their strategic strength. The task is to organize and unify all the different sectors of the working class — from essential workers to the unemployed to incarcerated workers to undocumented workers — around a shared set of demands such as necessary protective equipment, higher pay rates, the organizing of unemployed workers, a rent freeze, and against police violence.

Specifically, this united front must take up the demand to keep non-essential workers at home. If we are to ever get out of the current cycle of quarantines and mass death, then workers must be allowed to stay at home, especially those who may be more susceptible to the virus. Workers who either need to or are able to stay at home should be allowed to do so and paid a quarantine wage by the state to ensure that they don’t suffer economically during this time. This would leave only essential industries open and lessen the risk factors for everyone.

However, by working long hours during this crisis, essential workers have a high level of exposure to the coronavirus. This problem can be resolved by splitting hours between essential workers and the unemployed, with no reduction in pay. This will allow essential work — such as health care, public transportation, necessary construction, and food production  — to continue but with less exposure for workers; all of this should happen without any loss of pay for either group of workers. In other words, the essential workers who are now working fewer hours should still be paid the same amount that they were being paid before, and the newly employed should receive the same wages as the previous essential workers.