In March, 2018, delegations from 16 different countries met in Buenos Aires, Argentina for the 11th Conference of the Trotskyist Fraction for the Fourth International (FT). This is the first part of the Document on the International Situation: Economic Tensions and Political Instability, based on the discussions at the conference. In the update of the […] 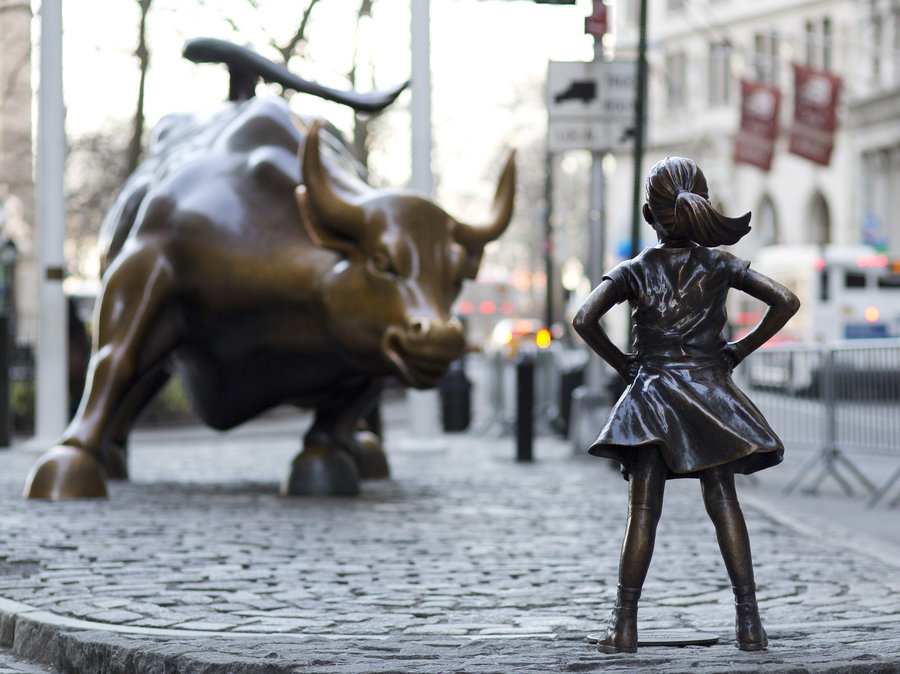 In March, 2018, delegations from 16 different countries met in Buenos Aires, Argentina for the 11th Conference of the Trotskyist Fraction for the Fourth International (FT). This is the first part of the Document on the International Situation: Economic Tensions and Political Instability, based on the discussions at the conference.

In the update of the 2017 MIRSCI (Movement for an International of the Socialist Revolution) Manifesto, we stated that Donald Trump’s arrival to the White House and the broader rise of nationalist tendencies in central countries—Brexit, xenophobic Eurosceptic parties, pro-sovereignty movements, etc.—were signs of the exhaustion of the globalizing neoliberal consensus, which became hegemonic after the capitalist restoration processes in Russia and China. In recent decades, the United States exercised its leadership through multilateral organizations such as the WTO, which guaranteed maximum benefits to U.S. capital but also benefited allies and competitors of the United States, such as Germany, Japan and, subsequently, China—though not without disputes and controversies. This neoliberal order was thrown into crisis by the Great Recession of 2008-09, which led to profound social and political polarization.

Regardless of the contradictions Trump faces in applying his nationalist program, it is already a fact that he has changed the global agenda by elevating the dispute between nation states as the central conflict, to the detriment of trends toward globalization. This does not mean retreating within national borders. On the contrary, it implies pursuing national interests more aggressively, to the detriment of the rest.

Trump’s slogan “America First,” which summarizes this change of position, implies favoring bilateral agreements in order to obtain greater concessions and alter (or eventually render irrelevant) multilateral organizations such as the WTO. Multilateral trade agreement rules, although designed primarily for the benefit of U.S. capital, ultimately favored commercial practices that were “unfair” to the United States and facilitated China’s rise as the world’s second-largest economy, without forcing it to change its capitalist model of substantial state control.

It is not yet clear if Trump’s nationalist policy will succeed and if it will provide U.S. imperialism with a qualitative advantage. For example, China immediately took advantage of the withdrawal of the U.S. from the Trans-Pacific Partnership, the renegotiation of NAFTA with Canada and Mexico remains unfinished, and the United States trade deficit climbed by 12.1% in 2017. But it is clear that, in the past year, these nationalist tendencies have become more profound and have set the tone for the international situation, characterized by economic tensions and geopolitical instability. However, the globalized structure of the world economy has been preserved and global trade has continued to develop. This has created a new scenario of greater rivalries, growing threats of trade wars and an escalation of regional conflicts that may come to involve world powers.

The application by the Trump administration of 25% and 10% tariffs on steel and aluminum, respectively—despite having exempted Mexico and Canada, with which it is renegotiating NAFTA – seems to be a step in that direction and likewise sets a dangerous precedent for turning a trade dispute into a “national security” issue. It is not the first time that a U.S. president has imposed unilateral tariffs. Even “multilateralist” Obama applied similar tariffs against China. However, the context and general orientation of this administration is different. This protectionist measure, unlike other minor measures implemented by Trump in the first year of his term, has rekindled fears that it may be the start of an escalation toward a tariff war if those affected decide to respond with punitive measures against U.S. exports. This would be ironic, given that Trump used the tariffs as a means to strengthen the U.S. negotiating position.

Contradictions and Instability in the Global Economy

There are two seemingly contradictory trends in the global economy. On the one hand, growth in 2017 was greater than any year since the 2008-09 crisis and there has been a synchronized rise in the U.S., Chinese, Japanese and European economies – although only the last two reached above-average growth levels for the period. On the other, the vigorous growth of stock markets and financial assets, which in 2017 and early 2018 have reached 10-year highs in the U.S., Japan, China and several Latin American countries, led to the surprisingly intense Wall Street collapse last February, as short-lived as it was. Although the collapse was contained, the crash has created an unpredictable situation of instability in the United States, affecting all stock markets and financial assets worldwide.

The contradiction is merely apparent. The exuberant stock market growth is based on the weakness of the real foundations of the economy, which, like investment, productivity or global trade, remain well below their levels prior to the 2008-09 crisis, despite having improved in 2017. The difference between the growth rate of the economy, which is very low, and that of financial assets, which is very high, increases the gap between the price of these assets and the actual corporate profits that sustain them. Share prices increasingly diverge from the actual profit generated by corporations. This ratio was already 27:1 in the United States in 2016 and in 2017, under the Trump administration, has reached 31:1, i.e. greater than the ratio in 2007 shortly before the crisis. This gap signals the scarcity of sources for new profitable capital investments. It is the basis of the current structural instability and is at the core of the bourgeois “secular stagnation” theory.

This financial instability—the immediate drivers of which were the appointment of a new Fed chair and real economy figures that were slightly higher than expected, such as quarterly GDP growth and a slight wage increase in the U.S. – is linked to the fear that the Fed will raise short-term interest rates under the Trump administration beyond the three increases scheduled for this year. The increase could occur as a necessary result of the sharp rise in the fiscal deficit caused both by the high tax cuts that mostly favor the 1% and by the budget increase, of which military spending is a significant portion. Although the possibility of a period of higher inflation is still under debate, some argue that if the ultimate cause of deflation in recent years is China’s tendency toward the overproduction of commodities, the new internal plans of the Beijing bureaucracy and greater protectionist trends could lead to an increase in inflationary pressures. In this context, a future combination of higher inflation, growing deficits and higher interest rates should not be ruled out.

But beyond these explanatory factors, it is important to note that a rise in interest rates substantially above what was promised would lead to an increase in corporate debts—which together with public debts have grown significantly in recent years, unlike the relative deleveraging of the U.S. financial sector in particular and that of U.S. households. This is a problem that affects Europe, China and the United States and could lead to bankruptcies in important business sectors. Furthermore, while the planned interest rate increases will undoubtedly have negative effects on semicolonial economies in general and on high-debt, financial market–dependent Latin American economies such as Brazil and Argentina in particular, significantly higher increases than those anticipated could have potentially catastrophic effects. They would also have a negative impact on the prices of raw materials, which at the moment seem to be a factor of relative stability for many Latin American countries.

Overall, the limits of monetary stimulus policies in central countries are largely the result of China’s inability to continue growing at the same rates as in recent decades. This limitation emerged around the year 2014 and is largely behind the growing nationalist tendencies in China and the United States – but also in the European Union, Russia and other countries – which have led to rising geopolitical tensions and set the stage for trade wars. These two aspects are addressed in more detail below.

More indirectly, Trump’s policies aimed at increasing fiscal spending and reducing –or eliminating– monetary stimulus measures in the medium term, seem to be a response on his own terms to the more moderate recommendations of the globalists: the neo-Keynesian mainstream has long insisted on the need for policies to counteract the increase in inequality, and on the fact that the current economic cycle of the past 10 years could be ending, in which case a recession could not be dispelled by extremely low interest rates. However, the constant political uncertainty Trump generates – including the apparent absence of a clearly unified line between the Treasury, the Fed and the White House – has increased even more this year due to the midterm elections. In this aspect, too, the Trump administration expresses a clear break from the measured and conservative management of instabilities characteristic of the U.S. establishment during the post-Lehman period.

In short, despite the greater growth of the global economy, it has not returned to pre-crisis levels, and the contradictions that resulted in the weaknesses of the past ten years remain. The ongoing recovery is modest and insufficient to undo the profound economic, political and social consequences caused by the Great Recession of 2008-09. In fact, what concerns corporations and global organizations such as the OECD, the IMF or the World Bank are both the forecasts of a decline in growth in core countries, which on average are expected to return to the lower levels of the post-Lehman period over the next two years, and the political consequences of this economic weakness. These include the risk that an intensification of trade disputes, nationalist tendencies and non-economic factors like geopolitical crises (North Korea, the Middle East) or political phenomena, will ultimately destabilize the economy. The recent tariff announcements made by the Trump administration and the complex Brexit negotiations, which have deepened the contradictions between Great Britain and the EU in addition to aggravating the political crisis in Theresa May’s Tory government, are clear examples of this.