We bid farewell to Eduardo Molina, a revolutionary militant with a long trajectory in the ranks of Trotskyist Fraction—Fourth International. 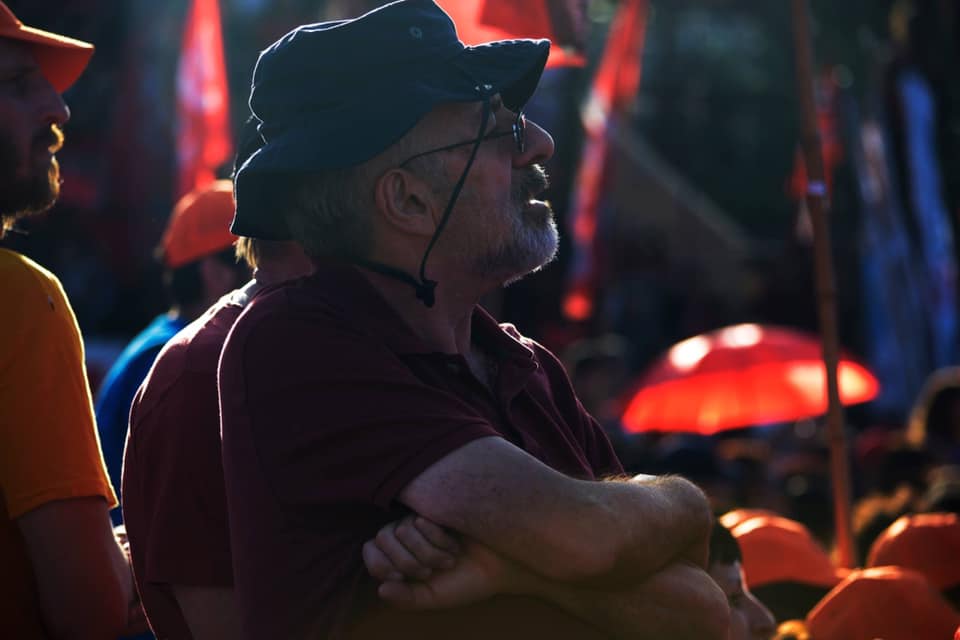 We regret to  inform our readers that, after a serious illness, our comrade Eduardo Molina died today. He had a long trajectory as a revolutionary militant in the ranks of the Trotskyist Fraction—Fourth International.

For almost three years, Eduardo had been suffering from a very aggressive type of cancer for which he had to undergo a series of surgeries. During his last surgery three weeks ago, he suffered complications and was put in an induced coma—an irreversible situation. This is very sad news for all of us, but we are comforted to know that he received the necessary treatment to alleviate any suffering.

Eduardo joined the Trotskyist movement as a high school student in Lomas de Zamora in the province of Buenos Aires in Argentina. He continued his revolutionary work while studying at the Architecture Department of the University of La Plata in the mid-1970s as a member of the Socialist Workers Party (PST). During those years, he went back and forth between Argentina and Bolivia. He was also active in the Movement to Socialism (MAS) and, at the beginning of the 1990s, he and other comrades decided to join the Party of Socialist Workers (PTS).

He was a member of our organization ever since, and dedicated his experience and knowledge of Marxism and of international and Latin American affairs to the construction of a revolutionary, working-class, internationalist Trotskyist tendency. Eduardo had a particular passion for the education of new generations in revolutionary theory and practice.

He was on the editorial board of the magazine Estrategia Internacional, gave innumerable lectures, contributed to the preparation of strategic documents, such as the founding theses of the Revolutionary Workers League—Fourth International (LOR-CI) in Bolivia, and, more recently, to the document of the constitution of the Socialist Workers Current (CST) in Peru.

At the beginning of the 2000s, he went to Bolivia to collaborate on the construction of the LOR-CI and stayed there until 2010. His contribution was fundamental in guiding our young organization through major events such as the water war that ended the cycle of neoliberal governments, and led to the emergence of Evo Morales. In those years, he wrote many articles about the revolutionary process in Bolivia. He also participated in the process of union organization in Bolivia that began in 2005.

He played a very important role in incorporating a group of comrades from the Spanish State into the Trotskyist Fraction. They had approached our tendency precisely because of the intervention in Bolivia.

Back in Argentina, Eduardo continued his work in the International Commission of the PTS, participating in the theoretical-political work of our international tendency via Estrategia Internacional, and more recently via La Izquierda Diario and the magazine Ideas de Izquierda.

In the last year, he was working intensely on a book about the lessons of the Bolivian revolution of 1952. He did not finish the book, but it is at an advanced stage of development and he left instructions for how to finish it.

In this difficult moment we stand by his family: his companion Aída and his children Valeria and Iván.

Thus, we bid farewell to a friend, a comrade of many years in the  struggle to build a revolutionary socialist workers party in Argentina and in the world. We are committed to continue our struggle to put an end to this system of exploitation and oppression, which is our best homage.

A selection of Eduardo’s writings in English can be found on Left Voice.

First published in Spanish on September 25 on La Izquierda Diario.