Education Workers Must Stand in Solidarity with Trans Rights

Today is Trans Day of Remembrance in the midst of a nationwide attack on trans rights in schools. Now more than ever, education workers must stand in solidarity with the rights of trans students. 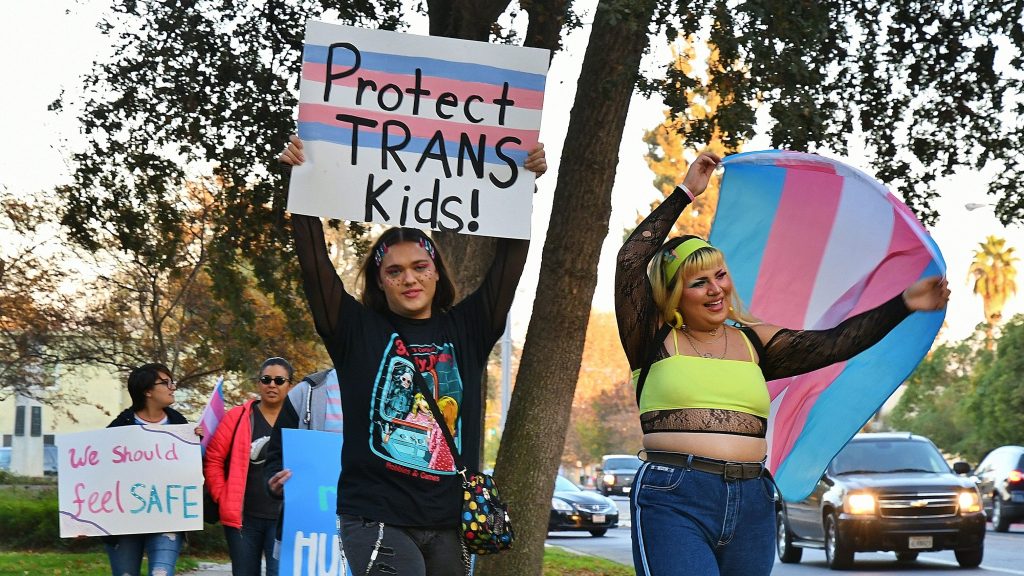 As a teacher in a New York City public high school, I witness transphobia as a part of my students’ lives in and out of school. Many of them hide their gender identities at home, only to come to school to face bullying and harassment by their peers. Their history classes omit the stories of transgender people and the movements that fought for their rights. If they are represented in the health curriculum at all, they are depicted as rare special cases rather than normal. This is the case for countless trans kids across the United States, who, regardless of the support they receive at home, have the right to feel safe when they go to school. But schools fail to meet this responsibility.

My school is heavily segregated and the majority of my students Black and Brown. The first people who “greet” them in the morning are police officers. They are forced to wait in long lines only to take off their belts and empty their pockets of loose change to go through scanners. These daily interactions with the police specifically traumatize my trans students; Black trans people are disproportionately vulnerable to be violently targeted by cops.

Many of my students belong to families that hold conservative beliefs, and many rely on school as a place for community and acceptance. There are some networks of support through LGBTQ+ clubs, counselors, and other trusted adults. These resources exist because of the activism of teachers, students, and the broader LGBTQ+ movement, but are woefully insufficient. Our history classes continue to ignore queer people, and heteronormativity and cisnormativity abound. Our sex education doesn’t provide sufficient information for anyone, much less for trans students. School is one of the countless institutions of the capitalist state that oppresses them, preparing them to participate in waged labor as cogs in the capitalist machine. Despite the efforts of many teachers who value social justice, schools are not liberatory places.

School should not, and does not, have to be this way. Education does not have to be indoctrination — its truest aims are exploration, deep thought, and liberation. And as education workers, it is our duty to make schools safe for our trans students by fighting transphobic attacks in our workplaces and in the streets.

The year 2021 has been tragically record-breaking for transphobic acts of violence. Just this year, we have already seen at least 47 transgender or gender non-conforming people fatally shot or killed by other violent means. This statistic is already higher than it was in 2020, making it the worst year on record for transphobic violence.

Tragically, several of these transphobic murders in 2021 targeted trans kids. In Pennsylvania, siblings Jeffrey “JJ” Bright, a 16-year-old trans boy, and Jasmine Cannady, a 22-year-old non-binary person were killed on February 22. Jeffrey was a student at Ambridge High School and Jasmine was a FedEx worker. In Oregon, Oliver “Ollie” Taylor, a 17-year-old white trans boy and student at Gervais High School, died on May 19 after being kidnapped and shot on May 12.

On top of the physical violence, 2021 has been the most active year for anti-trans legislative attacks to date. Several Republican states have enacted legislation restricting trans students’ participation in sports, and state athletic associations have issued guidance restricting access to team sports. Other lawmakers have targeted bathroom and locker room access and proposed restrictions on transgender medical care. The vast majority of states have no laws prohibiting discrimination based on gender identity or sexual orientation, nor do they have statewide policies on the treatment of trans, nonbinary, or gender nonconforming students.

In Texas alone, legislators have called four special sessions to introduce 47 bills that aim to restrict transgender kids’ access to sports and gender-affirming care, plus three bills that would block birth certificate updates for minors. Trans students and their parents are exhausted by the fight, which has forced students as young as eight, to testify in front of the Texas legislature. The Trevor Project, a suicide prevention and crisis intervention organization for young LGBTQ people, reported that crisis contacts from LGBTQ Texans seeking support has increased more than 150 percent compared to last year.

These bills not only target students, but also teachers. Transphobic bills have been proposed in Ohio (in 2018) and Alabama (in 2021) that would legally require teachers to out trans students to their families — a violation of the trust that is built between ourselves and our students. This comes in the midst of a wave of right-wing attacks against “critical race theory” in schools, which strips teachers of their ability to teach accurate history in the classroom.

Collectively, these legislative attacks constitute an assault on the rights of trans kids through a growing right-wing “culture wars” strategy to gain electoral momentum. Of the countless bills introduced across the country, none contained the word “transgender” — effectively erasing the targeted human beings in a populist attempt to reinforce gender conformity, appealing to the “moral” right-wing voters. These omissions are a symbol of the material effects of these attacks on trans people — one of the most vulnerable groups under the capitalist system.

Though spearheaded by Republicans, the culture wars provide cover for a multitude of policies — put forward by both parties — that significantly worsen the material conditions of the working class. While most Democrats may not use transphobic rhetoric, they continue to perpetuate the structural oppression of trans people by protecting privatized health care, allowing cuts to social services, and continuing to fund the police. And other than writing a few tweets, they have done nothing to protect trans youth.

As teachers, we are caught in the crossfire, but we are powerful in our numbers and position within capitalism. As the debates about schools reopening have shown, education workers comprise a crucial sector of the working class because of our ability to keep the wheels of capitalism turning. The capitalist state needs childcare so that other workers can keep churning out profits for their bosses.

We have to organize within our unions to demand that our teachers’ unions connect with the LGBTQ+ community and coordinate mobilizations around the country. We have to organize to oppose these laws, protect trans students, and safeguard the academic freedom to teach accurate information about gender and race. When we are organized, we can refuse to work each time a transphobic bill is introduced. By mobilizing our ranks, we can strike every time a trans person is attacked. Together we can build a mass movement for trans rights. Let’s start by talking to our co-workers and organizing in our workplaces and unions.