Elections in Chile: Establishment Parties Suffer, and Revolutionaries Get 50,000 Votes

In the elections this weekend in Chile, voter turnout was low. Many people voted against the government and the political heirs of the dictatorship. Revolutionary workers had an impressive showing. 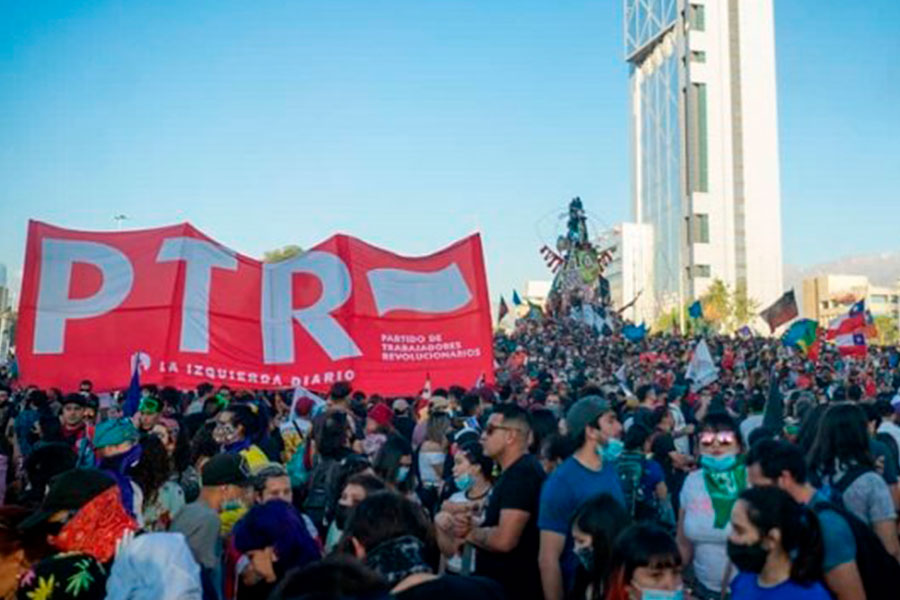 Chileans began voting on Saturday in a two-day election. On the first day, mayors, governors, and city councillors across the Andean country were on the ballots. On Sunday, voters returned to the polls to select 155 representatives for a Constitutional Convention. This body is tasked with drafting a new constitution to replace the current one, which was written in the 1980s under the dictatorship of Augusto Pinochet. The Convention will have one year to write Chile’s new constitution before it is submitted to voters in a plebiscite.

Turnout was low on both days, particularly in working-class neighborhoods. According to the Electoral Service, just 20 percent of Chile’s 14 million eligible voters — some three million people — cast ballots on Saturday. This is due to massive disenchantment with the political parties, and also to the Covid-19 pandemic. Chile has reported more than 1.28 million cases and 27,800 deaths to date. This has led to an economic and health crisis. But the pandemic did not extinguish the flame of the uprising that brought millions onto the streets in October 2019.

The turnout on Sunday was somewhat higher, at 42 percent. But this was still a significant drop from the 50 percent of eligible voters who took part in a plebiscite about a new constitution last year. The hopes in a new constitution have clearly been dampened by the preparations for the convention. In this election, both the right-wing government and the center-left opposition suffered a defeat.

The ruling coalition, known as Chile Vamos, suffered an absolutely crushing defeat. Candidates backed by President Sebastién Piñera’s right-wing coalition, Chile Vamos, got just 20 percent of votes, which are projected to translate into 37 of 155 seats in the assembly. The Convention was set up in a completely antidemocratic way, requiring two thirds majorities to make decisions. This was intended to give the Right veto power. Yet with this surprising defeat, the Piñera government will not, by itself, be able to block changes to the constitution on its own.

The center-left opposition, known as the Concertación (Coalition of Parties for Democracy) was defeated as well. The coalition was founded by center-left parties in 1988 and won every election from the end of military rule in 1990 until Piñera’s victory in 2010. In 2013, it was replaced by the New Majority coalition. Despite some progressive rhetoric, the Concertación granted impunity to murderers from the military dictatorship and gave a free hand to the repressive gendarmerie. These parties administered the neoliberal order established by Pinochet, which in part led to the revolt of 2019. As Mario Desborde from one of the center-left parties told the press: “all of us who have governed the country have suffered a defeat.” With just 14 percent, the Concertación / New Majority was behind the Left.

The hatred of the establishment parties was not only expressed in abstention but also in the emergence of a new, surprising political phenomenon: independent candidates, including a so-called People’s List (Lista del Pueblo). Candidates who ran without a party or a coalition, and who did not have any kind of common program, won a total of one third of the votes. The People’s List, while opposed to the political system, was neither socialist nor anticapitalist — they were opposed to parties and in favor of social rights. Many independent candidates are social media figures who became popular during the 2019 uprising.

The Frente Amplio (Broad Front) and the Communist Party obtained 20 percent of votes. Both parties were part of the Apruebo Dignidad coalition. In addition to the seats in the Constituent Convention, they won the governorship of Valparaiso and will face a runoff with the Right for the governorship of the Santiago Metropolitan Region. This shows that the demands and also the illusions of the 2019 uprising are still alive in the masses, and this has led to a strengthening of the reformist Left. The Frente Amplio signed the Peace Agreement with the government to put an end to the mass mobilizations that were threatening to topple the Piñera regime. Their representative in congress even voted for the government’s repressive laws to put down the uprising. The Communist Party, for its part, correctly denounced the peace agreement. However, as the leadership of the largest trade union federation, they nonetheless worked to contain the mobilizations and save Piñera, refusing to organize a national strike after the agreement was signed.

Almost 50,000 people supported openly revolutionary candidates. The Revolutionary Workers Party (PTR) participated in these elections defending “the banners of October” [2019]. This Trotskyist party, part of the Trotskyist Fraction Internationally, used the election to call for mobilization, self-organization, and class struggle.

The List of Revolutionary Workers, with candidates in eight districts, got a total of 52,340 votes.

In Antofagasta, a city in the north which is an important center of mining and shipping, PTR candidate Lester Calderón got 21,387 votes in the election for governor. Calderón is a factory worker, and was a leading figure in the Security and Protection Committee which led protests in the city during the revolt. This result amounted to almost 13 percent of the vote and put him in fourth place. The PTR’s list for the Constituent Convention in Antofagasta, headed by Daniel Vargas, got 10,677 votes or 6.87 percent. Natalia Sánchez, a doctor at the Antofagasta Regional Hospital who served as a medic for protesters, was elected city councilor.

Although no PTR candidates were elected to the Convention, the results show that revolutionary ideas have been gaining support since 2019.

To win real changes, the working class, the youth, the feminist movement, the Mapuche people, and the Left will need to continue on the path that opened up in 2019. That is the only way to win demands for social and democratic rights: via mobilization and class struggle against the parties of the establishment, but also against the entire regime.

This article is based on reporting by our sister site La Izquierda Diario Chile. News and analysis are available there.