Elections in Colombia: A Rejection of Establishment Politics, but No Genuine Relief for the Working Class

Gustavo Petro and Rodolfo Hernández’s advance to the second round in Colombia’s presidential elections represent a rejection of the establishment that has ruled the country for decades. But neither candidate will be able to resolve the economic and social tensions faced by Colombians. 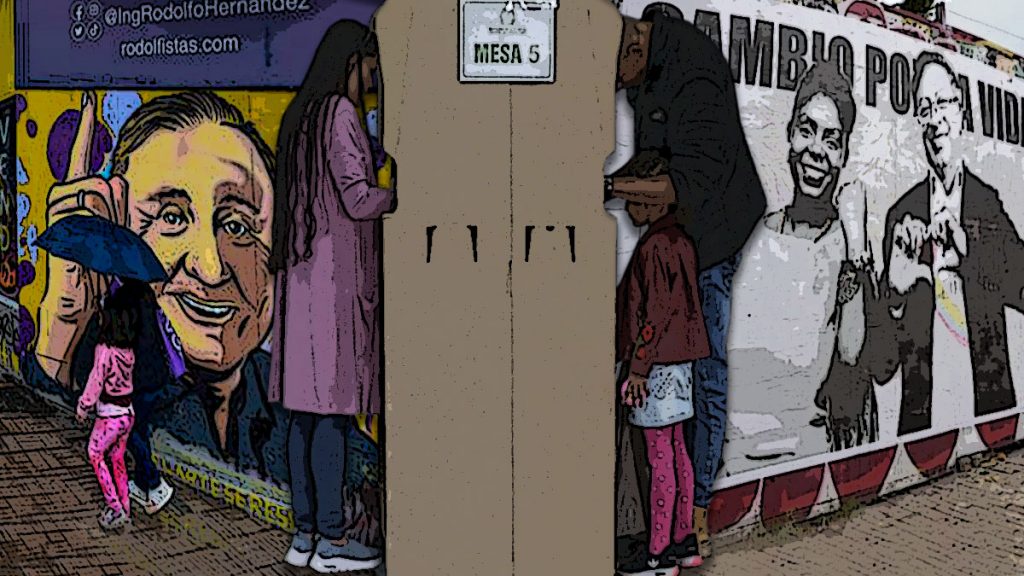 On May 29, one of the most eagerly awaited elections in recent decades was held in Colombia. The electoral battle was marked by two major issues. The first one was the Colombian establishment’s need to breathe some new life into the country’s political system in the wake of the strong challenges to the government of Iván Duque resulting from the widespread social rejection of his administration. The other was the significant electoral advances made by the center-Left, led by Gustavo Petro, presidential candidate of the Pacto Histórico coalition.

These two factors are linked. Duque — hand in hand with Álvaro Uribe, the architect of Colombia’s present situation and the former president — has continued to follow the main ideological guidelines and actions of his mentor. However, unlike Uribe, he has had to face strong rejection from Colombian society, from the national strike of November 21, 2019, to the massive street protests by youth, workers, peasants, and indigenous people that wracked the entire country for three months last year.

During Duque’s term, the peace accords signed with the Revolutionary Armed Forces of Colombia (FARC) in 2016 have not been fulfilled; on the contrary, there has been a manifest unwillingness to engage in talks with other insurgent actors, such as the National Liberation Army (ELN) and the various armed groups led by former FARC leaders. At the same time, Duque’s administration has failed to provide any security guarantees to the signers of the peace pact or any social assistance in the regions where the armed conflict had taken place, and has still not dismantled the paramilitary groups. According to the Conflict, Peace, and Human Rights Observatory of the Institute for Peace Studies and Development (Indepaz), 258 people have already been killed this year in massacres and attacks against social leaders and former combatants.

Simultaneously, social inequality worsened, poverty increased, employment became more precarious, and access to health, housing, and education deteriorated under Duque’s government. His administration’s handling of the pandemic is a good illustration: he provided benefits to business interests groups while an important sector of the working class was left without work. This sent young people, workers, peasants, and indigenous people in cities across the country into the streets to protest in April–June 2021; the government responded with repression by both institutional forces and the paramilitaries, injuring and killing dozens.

This helps explain both the defeat of the ruling party in the parliamentary elections in March, as well as the electoral growth of the center-Left.

It is against this background that the elections were held on Sunday, May 29. Predictions were that Petro would win the race, but that Federico “Fico” Gutiérrez of Creemos Colombia, a right-wing political movement supported by Duque and Uribe, would advance to the second round. That did not happen. The Colombian electorate turned to another candidate, Rodolfo Hernández, an engineer running as the candidate of the recently created League of Anti-Corruption Rulers (LIGA), also right-wing but far from the traditional parties of that ideological bent. Both Hernández and Petro had presented themselves to the voters as an alternative to the traditional parties (liberal and conservative) that have governed the country.

Why have these presidential elections attracted so much attention?

In the first place, Gutiérrez, a representative of the traditional right wing and the continuity of Duque and Uribe’s politics, was the leading candidate among those who failed to advance to the second round. He was the political establishment’s candidate, supported by the Liberal Party, the U Party, the Conservative Party, the Radical Change Party, and the Democratic Center, among others. His low vote total reflects both the rejection of the current ruling party and the negative image of Uribe. In other words, Fico became the symbol of the Colombian political caste; the vote was a repudiation of those who in the last decades have been pulling the strings of power.

Petro’s vote total was a surprise, especially given previous presidential campaigns. He garnered the highest vote in the first round since the 1991 Political Constitution was enacted; however, it was not enough to win the presidency, which requires an outright majority. His success was due, on the one hand, to the aforementioned political context of challenges to Duque and Uribe, and on the other hand, to a set of alliances he made with evangelical groups, as well as with former president Ernesto Samper, among others. He also benefited from naming as his vice-presidential running mate Francia Márquez, the well-known Afro-Colombian figure with strong roots in the very social movements that have demonstrated in recent years against the government (especially in the southwestern department of Cauca), and also well-known for her opposition to illegal mining.

That Hernández would finish in second, with 28.15 percent of the vote and ahead of Gutiérrez, was completely unexpected. A construction businessman and former mayor of Bucaramanga, he presented himself as an anti-corruption candidate, standing against the so-called political caste — an obvious reference to the traditional parties. But while he presents himself as a party outsider and an anti-corruption fighter, his background contradicts this image. He has long had important ties with Uribe’s party, as demonstrated by his previous campaign for the parliamentary elections in the department of Santander; although, perceiving the population’s rejection of Uribe, he has tried to dissociate himself from the historic leader of the Democratic Center. Further, despite his preaching, the engineer has a long history of embezzlement; in fact, the Colombian Attorney General’s Office has accused him of securing improper contracts for his company, Vitalogic, with Bucaramanga’s Municipal Sewage Company when he was mayor from 2016 to 2019.

Now, in the coming weeks, the presidential aspirants will weave together a series of agreements and promises to reach the nation’s highest office. Petro faces a difficult second electoral round, especially since Hernández has the electoral political support of Gutiérrez, whose third-place finish garnered 23.91 percent of the votes. This means that we can expect Petro to spell out a set of promises, speaking even more conservatively than what he has already been doing since last year, in an effort to attract to his candidacy the moderate sectors that continue to view him with distrust because of his past as an M-19 guerrilla. Part of this effort was his meeting several months ago with several representatives of business associations to agree on the objectives of his government should he win. In a country where electoral participation is optional and amid a political climate of skepticism and rejection of the party system, he will also go looking for votes in places and among groups that don’t typically vote. And he has not ruled out reaching an agreement with politicians from other ideological tendencies, such as with past voters of the Centro Esperanza Coalition led by Sergio Fajardo or liberals such as César Gaviria. After all, Petro has expressed that in a country as polarized as Colombia “it is necessary to know how to build bridges” to reach “diverse people” (El Espectador, May 29, 2022).

For his part, Hernández will continue to rail against politics-as-usual, correctly reading voters’ disenchantment with the usual politicians. He will try to distance himself from the support of Uribism, since this would put him in contradiction with the opposition he speaks of to the political caste that has governed in the last decades. There is no doubt that to sustain this electoral tactic, the former mayor of Bucaramanga counts on the support of some in the mass media along with a team of advisors who use social networks in order to position him as a candidate who speaks plainly — often with inaccuracies — which serves him as a way to approach vast sectors of the population. Finally, it is important to note that the political grouping around Fico Gutiérrez has already called for his followers to vote for Hernández in the second round, as have other public figures confronted with the possibility of a Petro victory.

In summary, Petro’s and Hernández’s advances represent to some degree weariness with Uribism after two decades of power — weariness that in recent years manifested itself through protests that began with the mobilizations and national strike of 2019 and continued with the popular uprising of April–June 2021. What is certain is that whatever results emerge from the second round, neither presidential aspirant will be able to resolve the economic and social tensions that today afflict a large part of the Colombian population.

First published in Spanish on June 5 in Ideas de Izquierda.