In her recent appearance on The View, Elizabeth Warren once again demonstrated her allegiance to US imperialism. 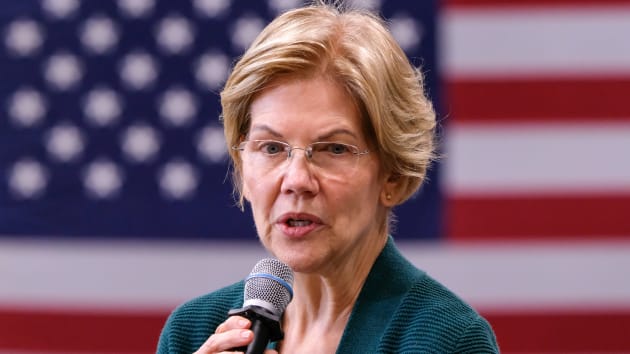 Presidential candidate Elizabeth Warren made waves on social media this week after her appearance on the popular daytime talk show The View. In her interview on the program, Warren spoke with host Meghan McCain over the US killing of Qasem Soleimani. McCain took issue with Warren calling the attack an assassination and asked Warren whether or not she considered Soleimani a terrorist. Warren agreed with McCain that Soleimani was a terrorist but said that this attack wasn’t in the best interest of the US.

This interaction was divisive online, with some praising Warren for “shutting down” McCain while others criticized her for “crumbling under the pressure.” However, what this interview proves—yet again—is that Elizabeth Warren, despite her continued attempts to paint herself as a progressive, is just another Democratic war hawk. While the US military is drone bombing and sanctioning Iran, Warren used her time on the show to emphasize her support for the military and her belief that Soleimani was a “bad guy” and “terrorist.” Soleimani was absolutely no friend to the working class—Iranian workers are crushed by both US imperialism as well as the Iranian regime. But Warren describing Soleimani as an enemy of the US is playing into Trump’s strategy for drumming up support for the attacks. These are right-wing talking points and lay out the rhetorical framework for justifying war.

Indeed, Warren’s record is not that of an anti-imperialist—far from it. In 2017, she voted to increase the war budget, giving Trump even more money for the military than he had requested. She supported Israel when they were bombing Palestinian hospitals and schools, saying that Israel had a “right…to defend itself” from Palestinain agression. Warren has also supported private military contractors, called Iran “a threat,” and has spoken about her belief in having a strong military.

Even in the current situation, in which Warren is at least nominally opposing the current military intervention, we can see that she is unwilling to challenge US imperialism. Her go-to line in her statements about the increasing aggression on Iran is that the first job of the President is to “keep America safe.” Indeed, in the interview on The View, Warren argued that the assassination did not make Americans safer. The issue with this argument, however, is that it implies that imperialist attacks are all perfectly fine if they benefit Americans. The issue with the assassination of Soleimani has nothing to do with whether  or not it benefits Americans;, the issue is that it is yet another attempt by the United States to maintain their dominance over the world. Warren is following the same path as the rest of the Democratic Party in their response to these new attacks against Iran: critiques of process and disagreeing with the strategy of this attack, not the attack itself. The criticisms never engage with the United States’ role as an imperialist power, and they never acknowledge that there is no right way to launch an imperialist attack.

Warren wants to paint a picture of herself as a progressive, but her record and statements prove otherwise. Electing her as president would just mean more of the same. More imperialist attacks on foreign nations, more funding for the military and defense contracts, and more support for the Israeli occupation of Palestine. To quote one of her most popular campaign slogans: continued US imperialism? Warren’s got a plan for that.