Billionaire tech mogul Elon Musk has been spreading false and dangerous information about the coronavirus since the beginning of the crisis. Earlier this week he escalated and dangerously re-opened his California factory. This shows the hypocrisy of Big Tech: they want to pretend to be a new type of capitalist but they are just as willing to endanger workers for their profits as any other industrialist. 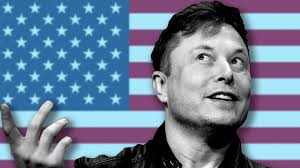 Billionaire Elon Musk has always had a penchant for making headlines with his outrageous and often ill-informed public statements. From claiming that Marx was a capitalist because “he wrote a whole book on it” to declaring on Twitter that he was going to sell everything he owns, Musk has a long history of bizarre public statements. However, in the past few weeks, these public statements have moved beyond the stupid into the actively dangerous. For the past two months, Musk has been spreading coronavirus conspiracy theories denying the validity of medical advice and, this past week, began to ramp up demands to re-open the economy. He first threatened to pull Tesla, his company, out of California if they did not allow him to restart production and he then escalated a few days later when he tweeted on May 11 that “Tesla is restarting production today against [California’s] rules. I will be on the line with everyone else. If anyone is arrested, I ask that it only be me.”

This tactic seems to have worked for Musk, as he was not arrested and the county eventually agreed “that Tesla can begin to augment their minimum business operations this week in preparation for possible reopening as soon as next week” after Tesla submitted a safety plan. However, for all of his preening about “being on the line with everyone else,” Musk is almost certainly not going to face any of the actual consequences of this unsafe re-opening of production. U.S. governments of all levels are so bound up with the interests of capitalists that Alameda County did not arrest Musk even when he was explicitly flouting the local laws, out of fear of litigious retribution and Musk’s threats to relocate Tesla HQ to a more amenable state. In contrast, a number of Black people have been shot dead and subjected to other forms of police brutality in this week alone for supposed “social distancing violations” even when obeying their local laws. Musk’s un-unionized work staff is now being forced to return to work during the midst of a pandemic. They are the ones who will get sick, pass coronavirus to their relatives, and potentially die. This will all happen while Musk sits in one of his mansions and gets rich off of the labor of his staff. As per usual, the rules don’t apply to billionaires.

Musk’s first public comment on COVID-19 came on March 6 when he tweeted, “The coronavirus panic is dumb.” Five days later, the World Health Organization declared the coronavirus a pandemic. One might think that an engineer like Musk would be willing to change his mind when confronted with scientific data, yet even as coronavirus cases in the U.S. skyrocketed — especially in California, where Musk lives and runs Tesla HQ — he refused to trust the evidence in front of his eyes. When six counties in the Bay Area became the first areas in the U.S. to close all non-essential businesses, he defied state orders and refused to close the Tesla factory until local officials forced the issue a week later.

While Musk’s actions within his own company have serious consequences for his employees, his public statements have also caused harm. On March 16, Musk tweeted a Google Docs link to a phony scientific study on the benefits of using chloroquine to treat COVID-19. Musk’s tweet, combined with his large Twitter following of 34.1 million users, is credited with popularizing the drug and the bad science behind it beyond the small reach of its primary author, a blockchain investor. The buzz from Musk and his fans caught the attention of Breitbart and Fox News, which brought chloroquine to the attention of Fox News’ most famous viewer: Donald Trump. Over the past two months, Trump has alternated between downplaying the seriousness of the pandemic and spouting false hopes about the panaceatic qualities of a variety of treatments, from chloroquine to UV rays to “injecting disinfectant.” The false propagation of chloroquine as a treatment for coronavirus is considered highly dangerous, both due to the side effects of the drug and the effects of misinformation on the population.

Musk has built a brand for himself based around purported expertise in a variety of scientific fields, so he ought to be familiar with the norms of scientific literature, the basic principles of empirical research, and how to distinguish between reliable data and a well-dressed sham. But instead, time and time again he has promoted bad science, conspiracy theories, and misinformation to an audience of both devoted fans and those who trust his opinion on reputation alone. For example, after promising to manufacture ventilators if there was a shortage, he actually sent BiPap machines, which are used to treat sleep apnea. Both the chloroquine Google Doc and a YouTube video he shared on Twitter that argued for re-opening California based on misleading statistics generated from biased sampling have since been removed from their platforms due to intentionally spreading false information. Musk’s literal and figurative investment in downplaying the pandemic and re-opening California means he doesn’t care if his information is accurate. Arguing for re-opening in the name of “freedom” (and currying favor with Trump and state governors) out of concern for his own profits is putting countless workers at risk — and not just at his own company.

While it may be easy to dismiss Musk as a dangerous crackpot, it is important to understand that he represents a phenomenon that arose with the Silicon Valley boom of the 2000s. The new tech billionaires like Musk, Jeff Bezos, Bill Gates, Steve Jobs, and others initially sold themselves as a new kind of billionaire. Gone were the days of the men in three piece suits chomping cigars and screwing over the working class. That was old capitalism, and these tech moguls would have you believe that they represented the new capitalism. Many of them weren’t born into money, though some (including Musk) were, and their companies were inventing new and exciting technology. They performatively treated their workers well, building giant compounds where workers could pick up free snacks, explore their creativity with “collaborative working environments,” and get haircuts without ever leaving work. The mentality during the tech boom was clear: this was the brave new world, and big tech was here to save us. This mentality is still held by some to this day, with the Business Times declaring in March that “Big Tech Will Save Us After the Pandemic Is Over.”

This, of course, could not be further from the truth. Just as Elon Musk and Jeff Bezos’s behavior during the current pandemic has shown us, these tech moguls are perfectly willing to put their workers at risk if it means increasing their own profits. Time and time again, these new capitalists have shown us that they are just the same as every other capitalist: rich and powerful people who exploit the labor of the working class to increase their own wealth. In fact, tech giants have been so good at keeping the workers down that as of early 2020, there are only three unions in the tech industry: Kickstarter United, and two groups of gig workers who joined pre-existing locals related to the nature of their work. Without unions, all of the famous “benefits” of tech jobs are given only at the pleasure and whim of the bosses, and they can be taken away just as quickly.

These “new billionaires” want us to believe that because they make high tech products, don’t wear ties, and smoke weed, they are, somehow, more on our side than other types of capitalists. But this pandemic has once again revealed that the members of the bourgeoisie have class solidarity with each other and are more than willing to ask us to die for their bottom line. Elon Musk may be among the loudest and more ridiculous examples of the depravity of capitalism, but he is the rule, not the exception. The coronavirus pandemic has shown us beyond all doubt that the capitalists are willing to sacrifice our lives without care. Their wealth is built off of the sweat and blood of the working class, and the rush to reopen is as clear an example as any of how disposable we are to them. Their economic system doesn’t work for us. The working class needs to reject both the system of capitalism and the empty rhetoric of Big Tech. We must take the examples of the essential workers who are fighting back across the country and see that the task ahead is clear: we must create our own fighting force that can combat the capitalists. Their system is calling on us to die for their profits; in answer, we must overthrow it.