End Police Brutality From the Old City to the Twin Cities: Justice for Iyad Hallaq 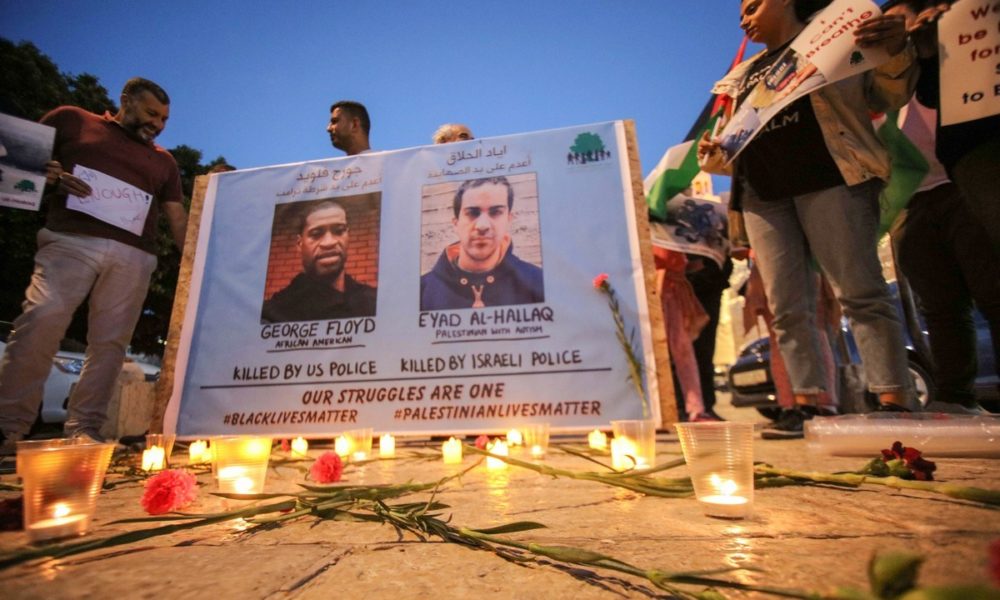 On May 30, 2020, Iyad Hallaq was walking to his special needs school in the Old City of Jerusalem when Israeli police stopped him. Two officers suspected that he had a gun. Hallaq, who was autistic and had trouble communicating, was afraid and tried to get away from the police, but was chased down. Warda Abu Hadid, his caretaker, said that she tried to alert police to the fact that he was autistic, that he did not understand their calls, and to check his ID card. Hallaq tried to protect himself by hiding behind a trash container, but was shot twice in the chest by Israeli police officers. After shooting Hallaq, officers came up to Hadid, threatened her by pressing their guns against her, and demanded that she give them the pistol that Hallaq gave her. Officers also raided his family home after the shooting.

One of the officers was a new recruit armed with an M16 assault rifle, and was suspected to have continued shooting after a commander told him to stop. The same officer also claimed he suspected Hallaq was a terrorist “because he was wearing gloves.” Two officers are being investigated, with one of them being placed under house arrest. Israeli’s prime minister Benjamin Netanyahu has merely acknowledged that “something not right” has occurred, and expressed condolences for the family while continuing to defend the security forces that killed their son. The Israeli minister of defense Benny Gantz expressed hope that there would be a swift inquiry and conclusion, despite there being several eyewitnesses who witnessed Hallaq’s killing. These right wing, capitalist politicians’ condolences ring extraordinarily hollow: Israel’s capitalist, expansionist project is dependent on the ethnic cleansing of Palestinians, which requires both a racist, anti-Palestinian ideology and the brutal military forces to enforce it.

Mansour Abu Wardieh, Hallaq’s cousin, expressed the same frustration that many Black families express regarding police investigations of police brutality: “The news of Israeli authorities ordering an investigation into Iyad’s murder means nothing to us. We know they’ll twist the facts, and we won’t be surprised if they concluded that the officers fired at him out of ‘self-defence.’” According to the human rights group B’Tselem, over the last decade, Israeli security forces have killed 3,408 Palestinians in the occupied Palestinian territories, but only 5 Israeli officers were convicted.

Thousands of Palestinians gathered in occupied East Jerusalem to bury Hallaq on Sunday, May 31, carrying signs reading “Justice for Iyad, Justice for George,” and “From the Old City to the Twin Cities,” among many others, showing their solidarity with protests against police violence in the United States. Protests were also held in Jaffa, Haifa, and four Northern Palestinian towns on Sunday and Monday, June 1.

The capitalist and imperialist projects of both the United States and Israel depend on brutal exploitation, oppression, and repression. All capitalist states rely on cops to discipline the working class and poor and to protect capital. The Israeli police serve the additional goal of ethnically cleansing Palestine of Palestinians. We must fight to end capitalism and imperialism. We must fight to abolish the police, from the Old City to the Twin Cities.