The Israeli army has begun demolishing buildings in the East Jerusalem neighborhood of Silwan and repressing residents and activists. Palestinians are mounting fierce resistance against these criminal attacks. 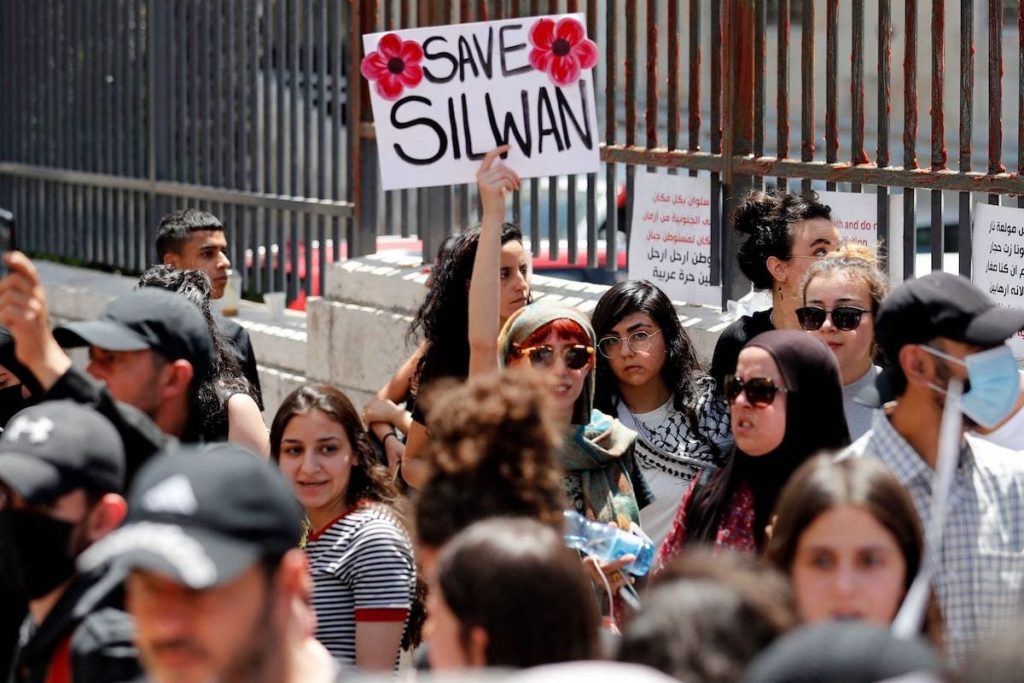 On Tuesday, the Israeli army began court-ordered demolitions in the occupied Palestinian neighborhood of Silwan in East Jerusalem. Accompanied by bulldozers, the army destroyed a butcher shop, one of at least eight locations in the neighborhood that are under demolition orders. Israeli soldiers used tear gas, rubber-coated bullets, and batons against the Palestinian residents and activists who were trying to defend the building. Thirteen people were injured, and three people were arrested in this most recent instance of Israeli aggression.

Silwan is home to at least 33,000 Palestinians, many of whom have lived in the neighborhood since the 1960s after the Six-Day War when Israel occupied much of Jerusalem. These residents have been the target of Israeli settlers — with whom they must even share their homes in some instances — and their Zionist organizations for years. Families in the al-Bustan area of Silwan have been fighting demolition orders for almost 90 buildings since 2005 when an Israeli court claimed that the Palestinian families were building homes without a permit and ruled in favor of a settler organization. The organization wants to use the land for a national park and tourist attraction.

Just as in the East Jerusalem neighborhood of Sheikh Jarrah where Israeli aggression reached a boiling point in May, these court-ordered demolitions and displacements are part of a broader political and territorial struggle to remove thousands of Palestinians from strategic areas in the city that they are seeking to make the capital of the State of Israel.

The situation in Silwan escalated three weeks prior to Tuesday’s events when on June 7, the Jerusalem municipality ordered the residents in question — some 130 people — to demolish their own homes and vacate the area. If they did not do so, the municipality would destroy the homes and charge the families around $6,000 in demolition costs.

Israeli laws make it all but impossible for Palestinian families to appeal these demolition orders in the occupied territories. According to Mohammed Dahleh, a lawyer representing some of the families in Silwan, “… Jews can claim back any property that they claim they owned in the past prior to 1948, while Palestinians who lost their homeland in 500 villages inside Israel, including West Jerusalem, cannot claim back their property.” Dahleh notes that, “if the Israeli courts eventually approve this kind of forcible displacement, [Silwan residents] will become refugees for the second time.”

The new Israeli government, headed by the ultra-right-wing settler Naftali Bennet, has already announced that it will not retreat one millimeter from the West Bank, and Bennet himself has long been an advocate for fully annexing the area. The Bennet regime has already bombed the Gaza Strip, and shown that it will continue the ethnic cleansing of Palestinians by increasing demolitions and forced displacements.

However, since the ceasefire, Palestinians in Sheikh Jarrah, Silwan, and other neighborhoods in the occupied territories have continued to fiercely resist Israeli repression. At the same time, Palestinians are fighting the Palestinian Authority leadership for its collaboration with the State of Israel, which is advancing its borders year after year. In this way, the historic Palestinian resistance is being renewed by a hard-working youth that will not back down in the face of Israel’s criminal attacks.