Every Government Agency Serves the Bourgeoisie — Even the Post Office

A recent report revealed that the USPS has been secretly surveilling social media sites and reporting to the Department of Homeland Security. But the bourgeois function of the Post Office didn’t originate with online surveillance. 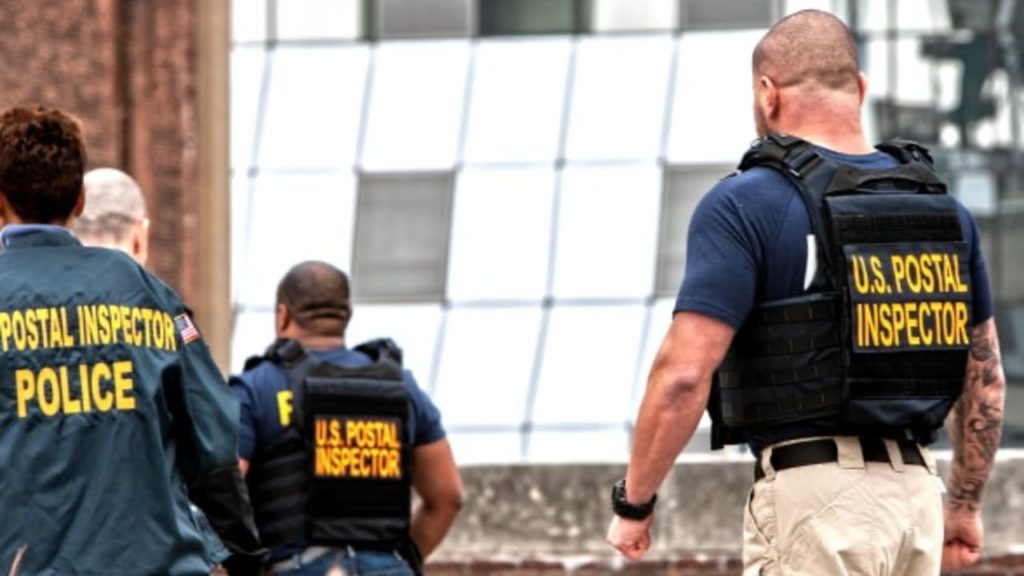 “Save the post office!” liberals cried on social media in the months leading up to the 2020 election, as the Trump administration attempted to sabotage mail-in voting efforts. “Blue lives matter! Save the USPS!” chorused a popular series of jokes. The United States Postal Service (USPS) is certainly important, enabling all residents of the United States (in theory) to receive mail for free and send mail at the same rate no matter where they live, six days a week, rain or shine. It nearly always operates at a loss and is rightly considered a valuable service that ought to be run regardless of profit. This has led some to treat the USPS as perhaps the one pure wing of the U.S. government. In fact, when discussing Lenin’s State and Revolution and the role of the bourgeois state in oppressing workers, someone recently asked me, “What about the Post Office?”

This week, Yahoo News obtained a report showing that the United States Postal Inspection Service (USPIS), “the law enforcement arm” of the Post Office, has been secretly surveilling social media sites for “inflammatory” posts and reporting that information to the Department of Homeland Security. The program is called the Internet Covert Operations Program and is abbreviated as iCOP (of course it is). The report specifically says the program was used to monitor posts relating to the rightwing “Rally for Freedom and Democracy,” a set of anti-lockdown protests on March 20, 2021, but even when programs like this one are initially used to monitor the right, they always end up being used against the Left and oppressed peoples.

Yahoo reports that multiple national security experts have already expressed confusion and concern as to why social media surveillance activities — which have nothing to do with the mail — would be routed through the USPIS, rather than through the FBI, the NSA, or the Department of Homeland Security. Regardless of why it’s being done through the Post Office, however, this kind of government surveillance of everyday activity should be concerning for everyone, especially given the extremely vague target of any “inflammatory” posts. The iCOP program is a tool for suppressing protests, and it will surely be used to surveil and repress left-wing protests as well, if it hasn’t already.

But the bourgeois function of the Post Office didn’t originate with online surveillance or even with the USPIS. In fact, it’s baked into the creation of the Post Office itself. In 1737, Benjamin Franklin was appointed postmaster of Philadelphia, a position he took advantage of for great personal profit by mailing newspapers from his printing press at no cost to him and sending more than 20,000 personal letters around the world. The improvements he made to the colonial postal system’s efficiency, first as a local postmaster and then the official postmaster of all 13 colonies, directly benefited his own ability to make money, as well as the profits generated by the British Crown.

Fast communication and transportation of goods are of course also vital for efficient commerce of all kinds, including the slave trade, the sale of goods produced by enslaved people, and the expansion of U.S. imperialism. As National Geographic puts it, “the Post Office helped build an empire, quite literally.” Additionally, mail delivery contracts are sold to private companies — such as railroads and steamboat companies in the past, and airlines now — which means the Post Office feeds into corporations responsible for significant pollution and worker exploitation. The USPS also stopped providing banking services in the 1960s, a move that disproportionately harmed Black and Latinx households while funneling business toward for-profit banks.

This isn’t to say that the USPS is evil or that it should be abolished — the ability for all residents to send and receive mail at relatively low cost compared to for-profit services like FedEx should absolutely be protected, and the ongoing neoliberalization of the Post Office is an attack on the working class. But both the recent exposure of the iCOP surveillance program and the history of the institution show that even valuable government agencies like the Post Office that really do benefit the working class are still part of the bourgeois state, and so ultimately still serve the bourgeoisie. A true post office of the people would be under workers’ control, offer all services free of charge without restrictions on who can use them, and refuse to contract with private companies, which is so unlikely as to be impossible without a workers’ state.