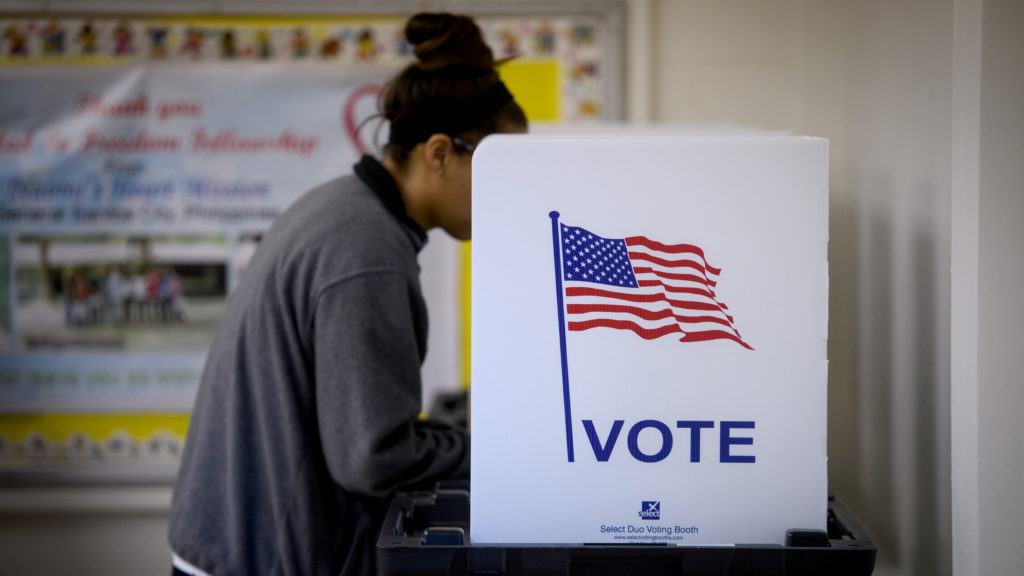 One of the many undemocratic aspects of “U.S. democracy” is the disenfranchisement of voters, both categorically and structurally. Broad swaths of the population — such as people who are undocumented and people with felony convictions — are barred from voting. In addition, the absence of a federal holiday to give workers time to vote prevents many who are technically eligible to vote from casting their ballots.

An estimated 3.2 to 3.6 percent of the U.S. population, comprising 10.5 million to 12 million people, is undocumented. Of the 7 million undocumented immigrants that are workers, an estimated 5 million are doing jobs considered “essential work,” risking their lives daily for capitalist profits. An estimated 389,000 battle a dual threat, working as farmworkers and food processors in agricultural areas ravaged by coronavirus outbreaks and wildfires. Undocumented immigrants are subjected to particular exploitation as they are squeezed to maximize capitalist profit margins. They are frequently underpaid and denied any benefits such as vacation time, holiday and sick days, health care, and contributions to a retirement fund. Essential to greasing the capitalist machine, these undocumented workers are afforded no basic democratic rights so their precarious position can be maintained and they can continue to be exploited.

More than 5 million people in the United States — 2.3 percent of the voting-age population — are barred to one degree or another from voting in 48 states because they have been convicted of a felony, although the exact regulations vary from state to state (only Maine, Vermont, and Puerto Rico have no such restrictions). Some states reinstate voting rights after release, while others deny voting rights to those out of prison but still on felony probation or parole. In some states, people may also have to pay any outstanding fines, fees, or restitution before their voting rights are restored as well, which is impossible for many who have been recently released because of how difficult it is to find employment. Eleven states never restore the right to vote, even to those who have completed their sentences. People of color, especially Black people, are disproportionately incarcerated — Black youth are more than five times as likely to be detained or committed than white youth — and so are more likely to be stripped of their voting rights due to these undemocratic policies.

In addition to groups that have their voting rights taken away categorically, many U.S. workers simply do not have the time to vote. Twenty states lack any laws that allow people to take time off work to vote. Another 23 states mandate paid time off to vote, although the amount of time varies, and seven states mandate allowing people to leave work to vote with no penalty but also no pay for the time. So they can exercise their democratic rights, workers must be given sufficient time and the resources to do so. This entails, at a bare minimum, making Election Day a federal holiday.

As Left Voice outlines in “Black disenfranchisement Is Ingrained in the Election System,” we call for these demands:

We must not only preserve existing rights won by and for the working class, but also fight for further democratic demands. Fighting for further democratic demands does not mean we endorse the existing system. Ultimately, we must fight to end capitalism and forge a system that allows the working class and oppressed to decide on every aspect of society democratically — in short, a real democracy.