Ousted Bolivian President Evo Morales condemns the arrest of journalist Carlos Cornejo, artist Leonel Jurado, and student Andrea Mamani. The journalist is a collaborator for La Izquierda Diario of which Left Voice is a member. 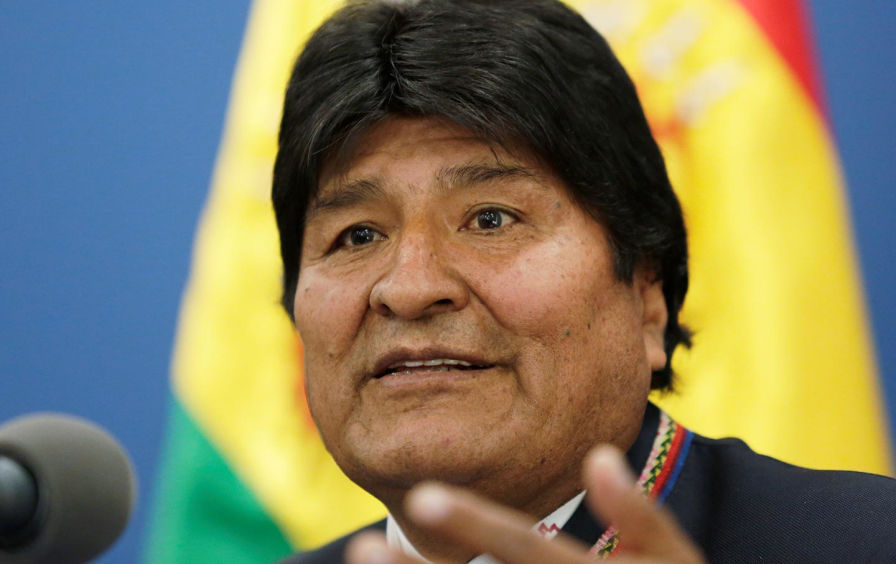 On Monday, artist Leonel Jurado, student Andrea Mamani, and journalist Carlos Cornejo were arrested by Bolivian police for making posters publicizing a conference at the Universidad del Alto (El Alto University). While Andrea Mamani was released, Cornejo and Jurado remain imprisoned and have been accused of sedition by the coup government.

Former president Evo Morales, exiled to Argentina after the military coup against him, condemned the arrests and accusations of sedition on his personal Twitter account. In the tweet, he says,

Young Carlos Cornejo, Leonel Jurado and Andrea Mamani were illegally detained, accused of sedition for posting posters for an act of solidarity with victims of Senkata. They had previously organized a festival. Even the most innocent act is sedition for the coup plotters.

These arrests are taking place within the context of a violent repression by the coup government of President Jeanine Áñez against the workers, students, and indigenous peoples who are resisting the coup d’etat.  Human rights violations in the context of the coup are serious, and already dozens of protesters have been killed across Bolivia. A few weeks ago, the interim president Áñez made the situation even worse when she decreed that the army would not face criminal charges for human rights violations against demonstrators.

Carlos Cornejo is a journalist with the international website network La Izquierda Diario of which Left Voice is a part. According to his lawyer, Javier Orellana, “Carlos and Leonel were arrested by the police during a direct action. They were setting up an event in solidarity with the victims of Senkata for Thursday at the Universidad del Alto. Among all the items collected were cardboard, recyclable paper and paintbrushes. It seems that painting and art for this new government is extremely dangerous.”

Senkata is a refinery in El Alto, where the workers recently went on strike against the coup d’état.  The strike was violently repressed by the army, leaving nine strikers dead.

The barbarity of the new coup government is such that a funeral march for the slain Senkata protesters was also violently repressed by the army. Activists and human rights organizations from Bolivia and other countries have spoken out against these arbitrary arrests and have called for the immediate release of the detainees.