Tomorrow, December 8, farmers unions across India have called for a strike to deepen their ongoing protests against three new laws passed by Modi’s BJP-controlled government that will give corporations immense bargaining power over farmers and effective control of the agricultural sector. 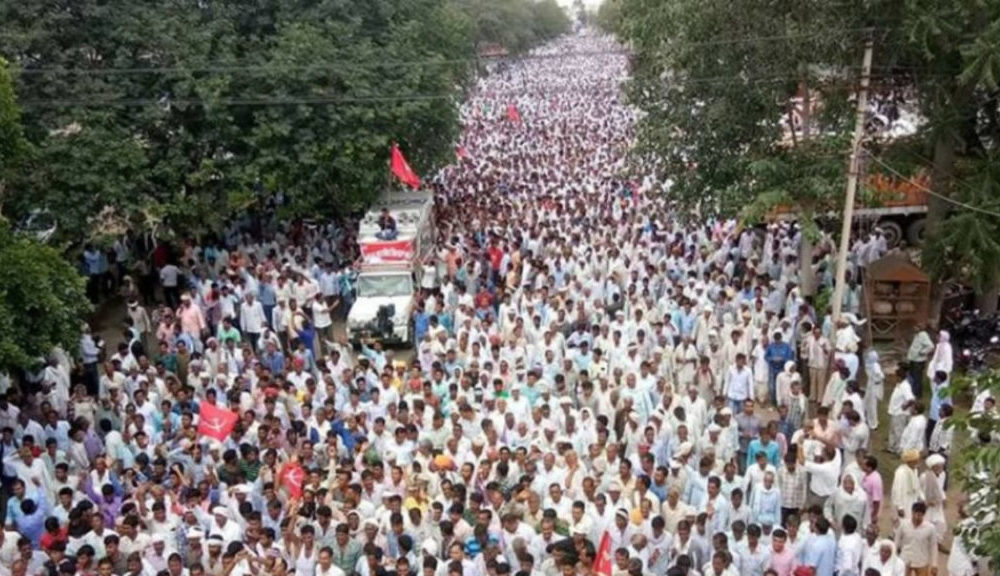 On November 26, the biggest one-day general strike in the world happened in India where over 200 million workers paralyzed the country and refused to work. Supported by 10 central trade unions and over 250 farmers organizations, the strike led to a near total shutdown in multiple Indian states.

The strike was bolstered by mass actions taken by farmers across the country, 300,000 of whom marched on New Delhi and shut down the streets, fighting for the repeal of three pro-corporate farming bills that passed Parliament earlier this fall.

Tomorrow, Tuesday December 8, Indian farmers plan to strike again. Since November 26, thousands of farmers have occupied several critical borders of Delhi, refusing to leave until the government repeals the three new laws. After the failure of the fifth round of talks, farmers unions have put out a call to shut down the country and escalate the pressure on Delhi. This upcoming strike has been supported by a coalition of opposition parties, ranging from the Congress to Aam Aadmi Party and Dravida Munnetra Kazhagam, all who see BJP as a threat to their own power. The Left Front, which controls some of the biggest trade unions, has also announced their support for the strike and will be holding demonstrations tomorrow. While the strike will be large, it is limited to farmers unions and a few other sectors and participation is not expected to be as high as it was on November 26th.

The strike has also been endorsed by the ten largest trade unions in the country. Workers in commercial transportation and banking have announced work stoppages and solidarity actions. Public transportation in Delhi, where much of the fire is currently being concentrated, is also likely to take a hit as a sector of transit workers have announced that they’re going on strike.

In order for farmers and workers to win their demands and deal an effective blow to the Modi government, it is essential that the working class enter the scene more actively and force an indefinite strike. Organized workers in strategic sectors, such as transportation, mining, banking, etc., need to once again go on a coordinated strike, bringing the whole country to a standstill. Worker demands including halting the privatization of public services, a more coherent Covid-19 response, and stimulus money and free meals for needy families across the country need to be met. As Modi ramps up nationalist rhetoric and turns a blind eye to violence against minorities — in effect condoning it — while continuing to openly support the interest of capitalists, Indian workers must fight, knowing that the state is not on their side and the only way to affect change is to shut the economy down.

Over the last two weeks, farmers have continued their pressure on the Modi government, refusing to concede their demands as they occupy key borders and roads leading up to the country’s capital. They have refused to accept the empty words offered by Modi and his cronies, and have pledged to continue this pressure until the government rolls back the new agricultural laws. To escalate this pressure, to win the demands not only of the farmers, but much needed relief for all the working and toiling masses, it is imperative that the working masses actively enter the scene with their tools of strikes and pickets and push for an indefinite general strike. Workers need to go beyond the Stalinist trade union leaderships, who continue to act as a conservative force and call for single-day strikes so workers can let off steam, but are unable to force the hand of the state and score real victories.