After five days of strikes and roadblocks, rural workers in Peru pressured Congress to repeal the Agrarian Promotion Law, which allowed agribusinesses to deny workers benefits and granted them tax cuts and other privileges. 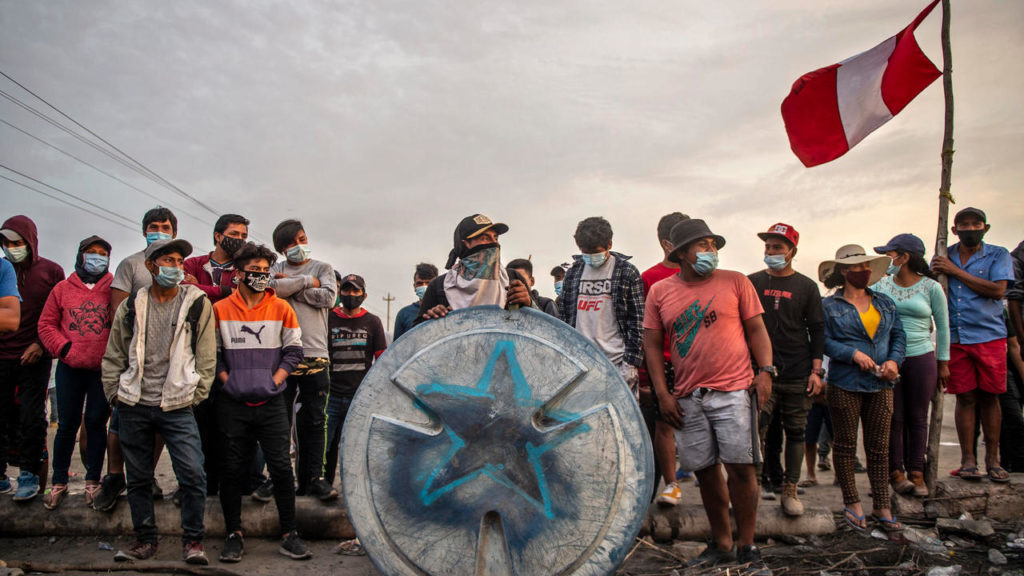 The Peruvian Congress voted on Saturday to repeal the Agrarian Promotion Law, popularly known as the Labor Slavery Law,  after nearly a week of farmworker mobilizations. The law provides tax cuts to large agricultural corporations, allows them access to land and natural resources for export, and exempts them from providing benefits like bonuses and vacation time to their employees. Thanks to the law, these corporations have made enormous profits in recent years at the expense of their exploited workers.

The repeal, which won by a vote 114-9, comes during a tumultuous time for Peru. In November the Peruvian Congress ousted President Martín Vizcarra for corruption. Vizcarra was succeeded by conservative businessman and former head of Congress Manuel Merino, who appointed a cabinet full of neoliberal technocrats, many of whom have also faced corruption charges. Some protesters saw this as an undemocratic institutional coup and rose up in protest. After six days of protests against the interim government, which saw police brutality unleashed on demonstrators, Merino’s cabinet was dissolved and he resigned. Lawmaker Francisco Sagasti is now serving as interim president until elections in April. He too is a technocrat, educated in the United States and having spent years working for the World Bank.

Peru has also been extremely hard hit by the coronavirus pandemic. With nearly 1 million confirmed cases and 35,000 deaths, it has one of the world’s highest per capita mortality rates. As a result of the economic crisis, it also faces one of the worst recessions in Latin America: GDP is expected to shrink by 12 percent this year.

The Agrarian Promotion Law was enacted in 2000 by the government of Alberto Fujimori before he left office. Although it was meant to be temporary, it remained until now. Ousted president Vizcarra, together with the Fujimori-aligned sectors of Congress, recently extended the law until 2031. This extension, and the deepening economic crisis, led thousands to rise up. Workers called for a general strike and blocked roads, demanding the law’s immediate repeal.

The struggle was initiated November 30 by agrarian workers in the northern city of Ica. On December 3 the workers of the northern region of La Libertad joined the protests, followed the next day by mining workers in La Oroya, in central Peru, who blocked the central highway, demanding that the La Oroya metallurgical complex be placed under workers’ control. As a result, the capital city of Lima was cut off.

The workers’ struggles forced Congress, which had already prolonged the discussion on the repeal of the Agrarian Promotion Law, to repeal the law. The repeal had already been endorsed the previous evening by the congressional Economic and Agricultural Commissions.

During this wave of protests Jorge Yemer Muños was killed by the National Police. He was only 20 years old. In the last wave of protests against the undemocratic placing of  Manuel Merino as President, two people were murdered by the police. But this time, the brutal repression of the protests was authorized by the new minister of the interior, Cluber Aliaga Lodtmann, who is under the command of President Sagasti.

The rural workers’ movement is so powerful because, among other things, it has not been led by the bureaucracies that control the workers’ unions. This allowed the workers to advance as far as they did without being co-opted or defeated by the bosses and the state. The strike unleashed the wrath of the agrarian bourgeoisie, who, appealing to the media, unsuccessfully sought to discredit it. The youth and other sectors showed their solidarity during a big mobilization on Friday in Lima.

The agricultural workers’ struggle marks an important moment in Peru’s new political and social era. This era, in turn, is part of the new international scene, determined by a return of class struggle and the deepening of the crisis of the political regimes. This is why the agricultural workers’ struggle gained strength this week, even as other struggles emerged — in addition to the miners, healthcare workers and fired workers from the beverage company AJE have also held demonstrations.

Given these ongoing struggles, we anticipate that the crisis unleashed by Merino’s fall, thanks to the mass mobilizations, has not ended. Rather, the crisis is now beginning to be expressed from another perspective, by a new actor: the working class.

First published in Spanish on December 5 in La Izquierda Diario.