An announcement yesterday is warming the hearts of bankers and other capitalists across the United States. They’ve been waiting impatiently for the end of pandemic-related restrictions that have kept them from some of their favorite ways of further enriching themselves and their wealthiest friends. 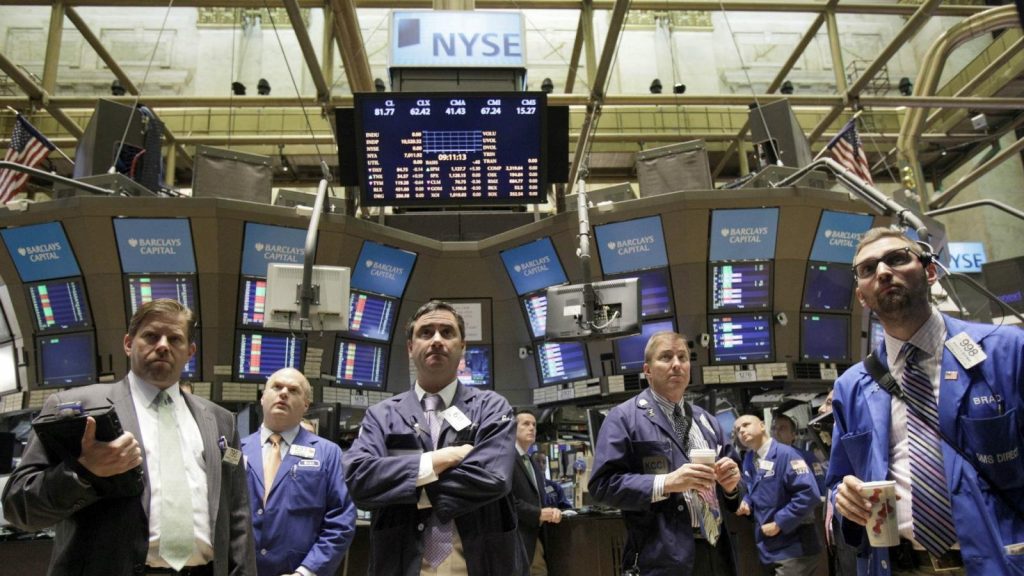 Thanks to a Federal Reserve announcement yesterday, the U.S. banking sector will be back to full-blown “fictitious capital” on the march within a few months. Bankers have been waiting for the moment when they could again begin enriching themselves and their wealthiest investor “friends” with stock buybacks and dividends.

What is “fictitious capital”? It’s the entire enterprise of making money out of money. Karl Marx famously called it “alchemy”: the capitalists’ dream economy, created only for them, and modeled after a casino in which they not only get to gamble, but also get to make all the rules (they are the “house”). And if things go wrong, there is the real economy available for plundering in the form of bailouts.

The U.S. capitalist class long ago shipped to Mexico or overseas a major part of the real economy — the one based on the production and exchange of goods and services that can be sold, and that are made through people’s labor. Those goods and services have genuine value by virtue of that labor. Distributing or exchanging them creates no value; it only redistributes the value already created.

But why invest in machinery, which costs money, breaks down, and requires constant attention? Why even bother with production itself? That requires workers — and what a pain in the ass they are, with their unions, and their demands, and their expectations of benefits and time off.

The specific announcement from the Fed was that on June 30 it will lift the restriction on U.S. banks paying dividends to their shareholders and buying back shares of their own stock. Banks will have to pass the current round of what the Fed calls “stress tests” aimed at determining whether they are carrying sufficient capital based on the “riskiness” of their holdings. — the so-called stress capital buffer.

In the Fed’s press release of the announcement, Randal Quarles, vice chair for supervision, said, “The banking system continues to be a source of strength and returning to our normal framework after this year’s stress test will preserve that strength.”

The restrictions were instituted as a precautionary measure during the pandemic — the Fed aimed to prevent the kinds of failures that marked the economic crisis that began in 2008 with the collapse of Lehman Brothers — and bankers have been anxious to get back to business as usual. That means not only their everyday work of global economic domination, but also sharing the wealth with the rest of the capitalist class. Bank stocks rising yesterday, in after-hours, post-announcement trading, is a sign of the palpable excitement over making rich people even wealthier.

It’s all in the name of their so-called “fiduciary responsibility.”

Fiduciary Responsibility and the Alchemy of Fictitious Capital

People who own stock in a company expect that company to return wealth to them, one way or another. The two most common ways they do that is when the stock price rises, or when they pay dividends. When corporations turn a profit, they are allowed — and indeed expected, at least periodically — to pay a proportion of that money as a dividend to shareholders, either in the form of cash or through dividend reinvestment plans that allow for paying in additional shares of stock.

Share buybacks are another way to increase the wealth of a company’s shareholders. Companies use some of their accumulated cash to reinvest in themselves by purchasing their own stock, reducing the number of outstanding shares on the market. The result of fewer shares out there is to increase the relative ownership stake of every investor. The bigger that investor — the wealthier the individual or institutional investor — the greater the bonanza, especially if the company’s stock share price is on the rise.

Corporations have, by law, what is called a “fiduciary responsibility” to work in the best interests of both their shareholders and the company. This has long been interpreted as maximizing shareholder value, to the exclusion of just about everything else. In a 1919 Michigan Supreme Court decision in Dodge v. Ford Motor Co. held that a “business corporation is organized and carried on primarily for the profit of the stockholders” and that it couldn’t be “merely incidental benefit.” Nearly a century later, in 2010, a Delaware court in eBay Domestic Holdings Inc. v. Newmark ruled that corporate boards of directors are bound by “fiduciary duties and standards” that include “acting to promote the value of the corporation for the benefit of its stockholders.”

You’ll often hear “fiduciary responsibility” offered as the excuse for shutting a factory and throwing thousands out of work — the factory isn’t turning as big a profit as, for instance, selling off its assets.

Milton Friedman, the American economist who is the grandfather of supply-side theory and the true “voodoo” economics known as “trickle down,” who theorized a “natural rate of unemployment” and who is every fiscal conservative’s hero (next to Ronald Reagan), added to fiduciary responsibility his view of the “social responsibility of business” — that is, “to increase its profits.” That was in a widely cited 1970 New York Times article.

Of course, in a country where the courts serve the interests of the capitalist class, it’s not surprising that from time to time they will “bend” these interpretations. But only to serve similarly social purposes as repugnant as putting profit above all else. And so, in 2014, the U.S. Supreme Court stated, “Modern corporate law does not require for-profit corporations to pursue profit at the expense of everything else, and many do not.”

That was in the infamous Burwell v. Hobby Lobby Stores case, in which the majority granted a “religious exemption” to Hobby Lobby so it could refuse to provide contraceptives to its employees as part of its group health care plan. The family that owns Hobby Lobby believes the use of birth control is “immoral.”

You can see how the definition of fiduciary responsibility in the capitalist system buttresses the way capitalist corporations work against the interests of everyone but themselves and their owners. It’s no less true for banks than, say, General Motors. But back to the banks — a particularly pernicious sector of the “fictitious” economy.

In the 1938 Transitional Program, Leon Trotsky devotes three paragraphs to the issue of banks and the credit system. Describing imperialism as “the domination of finance capital,” he explains how the banks “concentrate in their hands the actual command over the economy” with a structure that expresses “in a concentrated form the entire structure of modern capital: they combine tendencies of monopoly with tendencies of anarchy.” It is the banks that “organize the miracles of technology, giant enterprises, mighty trusts; and they also organize high prices, crises and unemployment.”

What is the solution? Trotsky explains, “It is impossible to take a single serious step in the struggle against monopolistic despotism and capitalistic anarchy — which supplement one another in their work of destruction — if the commanding posts of banks are left in the hands of predatory capitalists.” The banks themselves must be expropriated.

The expropriation of the banks in no case implies the expropriation of bank deposits. On the contrary, the single state bank will be able to create much more favorable conditions for the small depositors than could the private banks. In the same way, only the state bank can establish for farmers, tradesmen and small merchants conditions of favorable, that is, cheap credit. Even more important, however, is the circumstance that the entire economy — first and foremost large-scale industry and transport directed by a single financial staff, will serve the vital interests of the workers and all other toilers.

That is the solution revolutionary socialists counterpose to the Fed’s announcement yesterday. Put the banks under workers’ control. Dismantle the entire structure of fictitious capital that serves only the interests of the ruling rich. Use the vast deposits held by these institutions to meet the needs of the great majority.

Of course, we have no fewer illusions than did Trotsky when he wrote these words. We understand, as did he, that such expropriation of the banks “will produce these favorable results only if the state power itself passes completely from the hands of the exploiters into the hands of the toilers.”

As economist Michael Hudson has written, “The past century has shown that if society does not control the banks and financial sector, they will control society.” Today, the working class allows the banks and the Fed to make the rules. But as they continue to organize the crises, as Trotsky describes it, they also know that we’re coming for them — sooner or later.