U.S. Attorney General William Barr recently designated the cities of New York, Portland, and Seattle as “anarchist jurisdictions.” Whether or not the term is being used accurately (it is not), the label of “anarchism” against opponents has been used historically by governments to justify or institute repression. 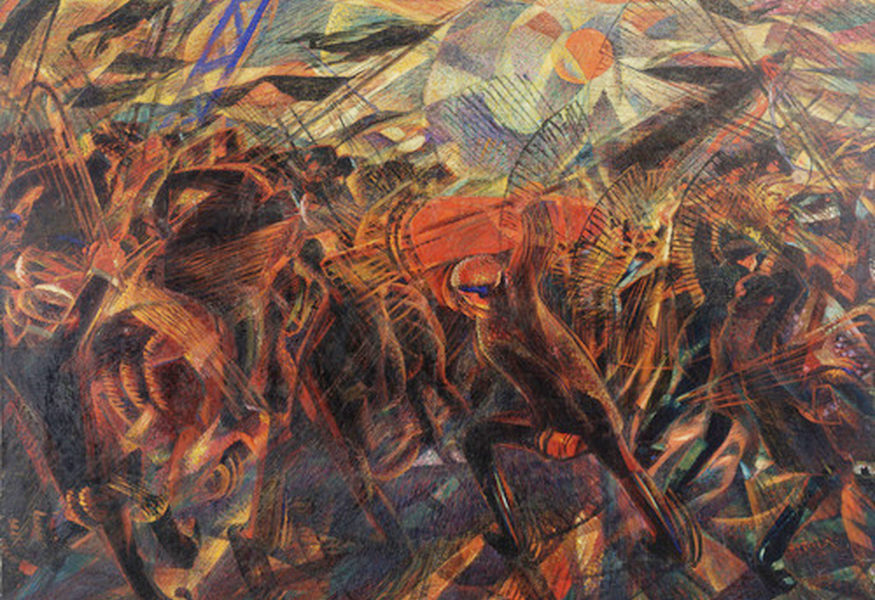 Illustration: “Funeral of the anarchist Galli,” by Carlo Carra, 1913. (Museum of Modern Art)

U.S. Attorney General William Barr recently designated the cities of New York, Portland, and Seattle as “anarchist jurisdictions.” This reasoning followed the lines of a memo issued by Trump a week earlier, and the characterization was partly an attack on Trump’s political opponents in the Democratic Party. It fits in with the wider fear-mongering election-year campaign of Trump, whipping his base into a fearful, violence-fueled fervor about “antifa” and BLM conspiracy theories.

It should be obvious that these cities are controlled not by anarchists but by pro-capitalist Democrats. Moreover, Democratic mayors and governors—hardly anarchists themselves—have had no qualms using state violence to quell protests. Although large cities will certainly have individuals who self-label as “anarchist” and believe in some version of anti-authoritarianism and anti-capitalism, these cities are not in a situation of dual power—that is, engaged in a real struggle between pro-capitalist forces and working-class revolutionaries for political control.

Nevertheless, it must be understood that the label of “anarchism” against opponents, whether used accurately or not, has been used historically by governments of a wide variety (bourgeois republics, fascist regimes, and bureaucratic “socialist” regimes) to justify or institute repression.

Mass media can be used, and has been used, to fool certain sections of the population that people who are struggling against oppression are monsters. This is exactly what’s happening in the Trump movement. It’s textbook capitalist propaganda, dividing the population based on certain wedge issues so that they do not combine and overthrow the real enemy, the rich industrial and financial capitalists who exploit labor-power for profits.

Designating these cities as “anarchist jurisdictions” opens the door ever wider for the state to justify repression against political opponents, silence our First Amendment right to protest, and strip away people’s civil rights.

It is incorrect to believe that this will only affect self-described anarchists. It is incorrect to assume that by affiliating with the movement for socialism, or social democracy, or capitalist Democrats, or none of these, that you will be safe. Any action taken to resist this oppressive, racist, and undemocratic capitalist dystopia may get you the “anarchist” label and repression—and perhaps even prison.

If you consider yourself a socialist, it is incorrect to refuse to defend anarchists because of their theoretical failings (and vice versa), when your natural ally against the capitalist state is under attack. We would be weakened by this act. We only find strength by acting together.

In order for the workers’ movement to successfully overcome the power of the capitalist state and bring real democracy and justice to the world, once and for all, our movement must stand in solidarity with all political prisoners and against all forms of state repression. We must resist sectarianism and recognize that in this moment, if our forces do not act in solidarity to free all political prisoners and retain ALL democratic rights for ALL persons, then we cannot stand against the state.