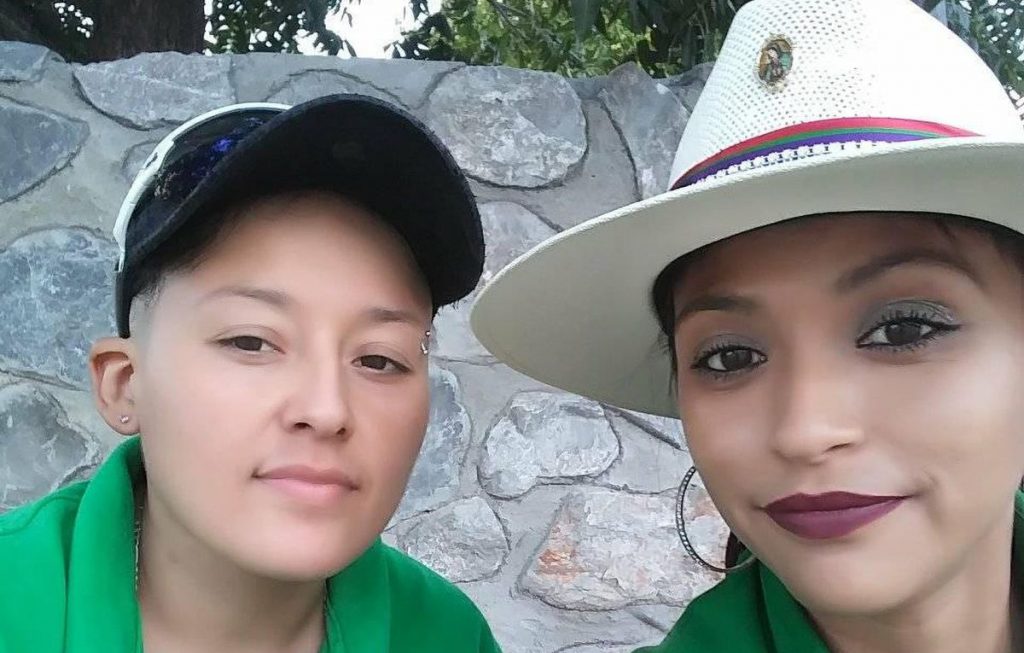 On Monday, January 17, Nohemí Martinez and Julissa Ramirez were found dead on the Juárez-Porvenir highway outside Ciudad Juárez, Mexico. They were a couple and had been reported missing by their relatives the previous Saturday. The two young women, lesbians, were the mothers of two girls and a boy. They lived in Ciudad Juárez, although some others say they lived across the border in El Paso, Texas.

It was an exaggeratedly violent crime, and all indications are that it was a hate crime, because they were violated sexually. That is why we are considering it not just two femicides, but a hate crime against their sexual orientation.

The attorney general, however, declared that there is no reason to classify this as a hate crime, instead attributing it to “economic activity and the environment.” This is because in the state, hate crimes are not classified as crimes per se, so they are not investigated as such. This is the case despite that more hate crimes against LGBTQ+ people are committed in Chihuahua than any other state except Veracruz, according to figures from the independent online publication Letra S.

Although LGBTQ+ people can legally marry, and trans identities are recognized in the civil registry, the state does not prohibit so-called conversion therapies.

Maru Campos, governor of Chihuahua and a member of the right-wing PAN party, condemned the double femicide before the bodies had been identified, and promised that justice would be served. But her positions against LGBTQ+ rights are well known in the community. Since she was first elected to office as a member of Congress, she has opposed equal marriage and defends “natural marriage” between one man and one woman. She has also claimed that only 1 percent of Chihuahua’s population is homosexual.

As of last Tuesday, there had already been 10 femicides in the state this year. In 2021, femicides in Chihuahua increased by 34.7 percent over the previous year. Most of them — 39.13 percent — were in Ciudad Juárez.

Meanwhile, the federal government, through the Secretariat of Security and Citizen Protection, has cynically announced that under President López Obrador’s (AMLO) administration, femicide overall has decreased by 7 percent in the country, even though in December 2021 alone there was an 11 percent increase compared to the previous month. That is according to the government’s own data.

The government’s strategy, and that of Campos is to bolster militarization through Operation Together for Juárez, which involves increased patrolling by the National Guard along with municipal, state, and federal police. Time and again, this approach has failed to solve the problem of violence, and has even played a role in escalating the violence. It is no surprise that the PAN advocates this policy; after all, it was the PAN that pioneered the militarization of Mexico under the same policy that AMLO’s MORENA party is now promoting.

Unfortunately, Ciudad Juárez is known worldwide for femicides. Its history shows that border areas are the perfect breeding ground for femicide and patriarchal violence. This is because such areas are subordinate to imperialism, and it is working women who pay the price of that subordination. Huge numbers of women work in the transnational industries that have overtaken Mexico’s border areas. Foreign companies take advantage of the low production costs, subjecting mainly women workers to precarious conditions. Militarization — promoted by lackey Mexican governments obeying the orders of the U.S. White House — only make things worse.

Femicides have been strongly condemned on both sides of the border. These condemnations must be converted into organization and mobilization in the streets. In both Mexico and the United States, the women’s and LGBTQ+ movements must fight for the immediate demilitarization of the borders and of Mexico as a whole, as well as full rights for migrants — with special emphasis on the situation of migrant women.

The women’s and LGBTQ+ movements must once again take to the streets to demand labor rights, daycare, and breastfeeding centers in workplaces; an end to the precariousness that places a double burden on women and LGBTQ+ people; and full rights regardless of sexual orientation or gender identity, beginning with equal marriage rights, rights to trans identities throughout the country, and abortion on demand.

We must urgently establish shelters for women victims of violence, administered independently of the government, whose police and officials in many cases collude with human trafficking networks.