“Feminists are currently leading the way”

After the bigger and more widespread mobilizations around an internationally coordinated call this 8 March, International Women’s Day, than have been seen for many years, Penelope Duggan from International Viewpoint spoke to Cinzia Arruzza, one of the organizers of the US Women’s Strike and a well-known Marxist feminist writer and activist, about the broader significance of these mobilizations. 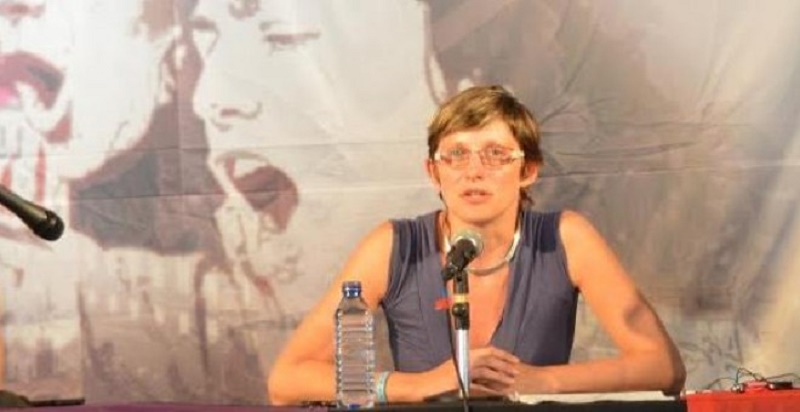 Cinzia Arruzza at the Summer University of Anticaptalistas. Photo taken from Public

This interview was originally published in International Viewpoint

After January 21 I wrote an article “Women’s Marches: from protest to movement?”. What do you think, can we call what we are seeing a movement? In the US? Worldwide?

When I was asked the same question last summer, I answered negatively. I’m very happy to be able to change my answer now: yes, I do think that we are likely witnessing the birth of a new feminist movement on an international level. Of course, this doesn’t mean that we have a feminist movement everywhere. The International Women’s Strike was joined by fifty countries, but participation in the strike was uneven among the various countries: Poland, Argentina, Italy, Spain, Ireland, and Turkey had among the largest demonstrations. In other countries the strike had great media visibility and we may be witnessing the first steps in the reconstruction of a strong and large anti-capitalist feminist current and mobilization: this is the case of the United States, for example, where the 7000 people NYC march had one of the biggest turnouts in years for a demonstration called on an explicitly radical platform. But what is particularly relevant is the fact that this was an internationally planned and coordinated mobilization. We haven’t seen anything comparable to this level of international coordination since the early 2000s and the global justice movement. 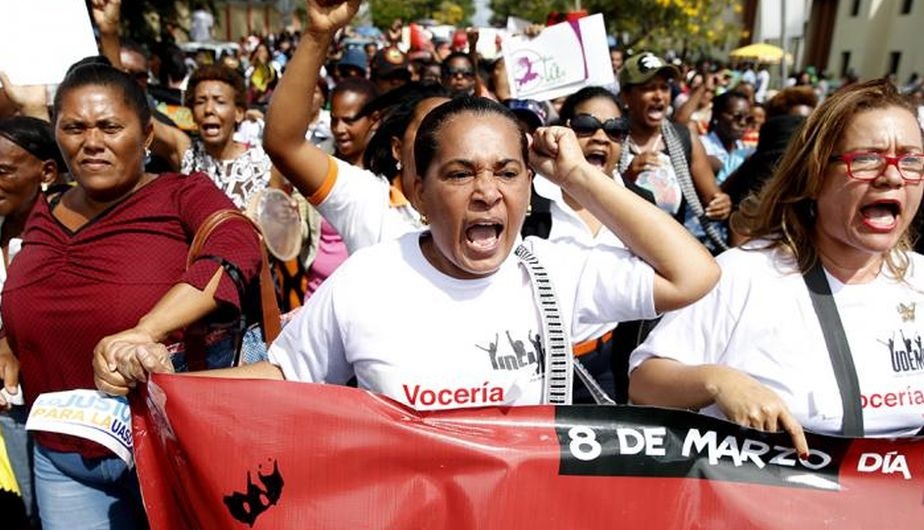 A comrade in Mexico was happy to reply in the affirmative already before March 8: “Tomar la Palabra”. What do you think, was he going too fast?

There was already the basis for an answer in the affirmative before 8 March, given the impressive women’s strikes in Poland and Argentina in October, and the mass demonstration in Italy in November. The signals were already present before International Women’s Day, and the participation in the strike confirmed them.

We spoke of a “wave” of the women’s movement in the late 1960s/early 1970s because it was a force that put women and women’s demands on the political map in countries worldwide and forced a response at governmental level. Do you think we could be seeing the same force today, despite the more overall defensive situation?

I would say that on a discursive level, this mobilization is already having a powerful effect in terms of redefinition of political priorities and has already won some important victories in some countries, for example in Poland. Of course, the situation is defensive, but precisely for this reason this new feminist movement is so important. It could act as a trigger for wider social movements, while at the same time making sure that women’s demands and voices remain at the center of them. This would be a great achievement.

In the intervening 40 years there has of course been feminist activity. But it has been more fragmented, in many cases through relatively institutionalized channels (governments, NGOs) or with quite individual forms of protest, despite efforts such as the World March of Women. Of course all this has to be taken in a general political context starting with postmodernism in the 1990s. Have we overcome this to return to a more collective form of action? Is that what would make it possible to speak of a new wave?

I think that these mobilizations are showing a new increasing awareness of the necessity to rebuild solidarity and collective action as the only ways we can defend ourselves from the continuous attacks against our bodies, freedom, and self-determination as well as against imperialist and neoliberal policies. Moreover, they are acting as an antidote to the liberal declination of feminist discourse and practice. At the same time, overcoming ‘postmodernism’, individualism, or a certain kind of identity politics cannot mean simply going back to the Sixties. Going back is never an option, as Marx taught us. In recent decades we have acquired a greater awareness of the stratification of the social condition of cis and trans women, according to class, ethnicity, race, age, ability, and sexual orientation. The challenge that the new feminist movement must face is that of articulating forms of action, organization, and demands that do not make these differences invisible, but on the contrary take them into serious account. This diversity must become our weapon, rather than an obstacle or something that divides us. But in order to be able to do so, we need to give visibility, voice, and protagonism especially to the most oppressed sectors of cis and trans women. In other words, the only way to give birth to a truly universalistic politics is not by making abstraction from differences, but by combining them together in a more encompassing critique of capitalist and hetero-patriarchal social relations. Each political subjectivation based on a specific oppression can provide us with new insights on the various ways in which capitalism, racism and sexism affect our lives.

Women’s right to choose and against violence seem to be the centralizing themes, more for example than women’s rights as workers. There are trade unions that maintain activity on women’s right, and unions that called for strikes on 8 March, like in France where the CGT and SUD unions called for strikes from 3.40 pm to make the point of wage gap between women and men. Do you think it is easier to mobilize women on a local or community basis than in the workplace?

On the contrary, I would say that what characterizes this new feminist movement is precisely that it is making women’s labor visible and addressing women not simply as women, but as workers. It was not by chance that we appropriated the term ‘strike’ for March 8. A number of countries had specific national platforms that emphasized the fact that violence against women is not just interpersonal or domestic violence, but also the slow violence of the capitalist market, as well as the violence of racism, islamophobia, and of immigration policies and wars. We are mobilizing women as women and workers: this was one of the most powerful messages of March 8th. There is no need to choose here. This is also why in the United States we adopted the slogan of the feminism for the 99%: we want a class-based feminist movement, for we are perfectly aware that women, and particularly racialized women, are the most exploited sector of the working class and also the sector that works the most, at home and outside the home.

There has been a debate in the US that calling for women to strike is a call to privileged women. You have combatted this and I don’t believe it occurred elsewhere. Is it just Hillary Clinton, Democratic Party supporters?

The claim that striking is for privileged people is obviously absurd, terribly patronizing, and moreover anti-historical. But what is interesting in it is the appropriation of typical liberal discourse about privilege and white-guilt in the service of an anti-labor and anti-union attack. To say that striking is for privileged people is also a way to suggest that unionized workers or workers who have strike rights are somewhat ‘privileged’. It makes invisible the fact that if workers have unions or labor rights it is because they faced risks and fought hard to have them. Moreover, this claim also makes invisible the fact that migrant women and women of color have historically faced serious risks in order to struggle for their rights, and have no need of patronizing lectures about what they can do or cannot do. As far as HRC feminist supporters are concerned, Maureen Shaw, in her piece attacking the women’s strike,basically suggested that a better form of action for these women would be to call their Democratic representatives. [1] This says it all about what the concerns behind this ‘strike for privileged women’ discourse really are.

What are your ideas about what to do next?

In the United States we will continue working together with our national social coalition and we will work to build a strong feminist participation and presence in the immigrants’ mobilization for May Day.
More in general, I think that the feminist movement should try to reach out to wide social sectors and to act as a leading force toward a rebirth of broad social movements. Of course, this will also depend on the capacity of the left to overcome sexist prejudices that still remain. If the left, on an international level, will not understand that feminists are currently leading the way and will not valorize this fact and transform itself accordingly, it will do a serious disservice to itself and to the working class as a whole.

Footnotes
1] See Maureen Shaw “[The ‘Day Without a Woman’ strike is going to be mostly a day without privileged women”. See also the reply by Tithi Bhattacharya and Cinzia Arruzza in The Nation, March 7, 2017 “When Did Solidarity Among Working Women Become a ‘Privilege’?”. On the same topic of privilege Elle, February 15, 2017, Winnie Wong “Go Ahead and Strike, but Know That Many of Your Sisters Can’t” and another response in The Nation, February 24, 2017 by Magally A. Miranda Alcazar and Kate D. Griffiths “Striking on International Women’s Day Is Not a Privilege”.