Fidel Castro and His Role in History

Fidel Castro holds a prominent position in the political history of the second half of the 20th century. He was the leader and voice of the only triumphant socialist revolution of Latin America and, to many, a symbol of resistance against imperialism. He led a bureaucracy that is currently conducting a process of capitalist restoration. 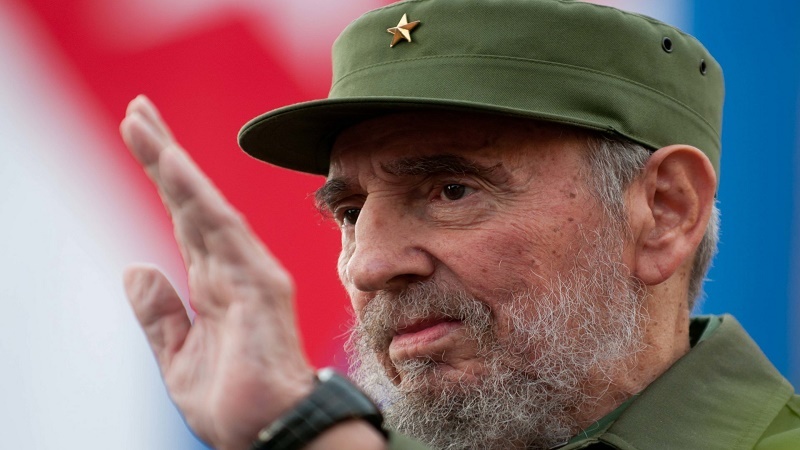 Fidel was a legend– a truly mythical figure that inspired the veneration of over a generation of fighters for social change and the visceral hatred of US governments and the Cuban counter-revolution in exile in Miami. He survived over 600 attempts on his life orchestrated by the CIA.

Fidel managed to survive the assault on the Moncada Barracks in 1953, later rebuking and challenging his judges by stating: “Condemn me, it does not matter; history will absolve me.” In 1956, he set off on the Granma adventure, as part of a failed plan of insurrection. He fought alongside Ernesto Che Guevara and Camilo Cienfuegos against the brutal dictatorship of Fulgencio Batista. Throughout this struggle, he gained the support of the guajiros, the Cuban peasants, but also the recognition of the imperialist press, who saw the bearded fighters of the Sierra as heroes in the struggle for freedom. One of the most symbolic moments of the revolution was the entry of Fidel Castro in Havana in January, 1959, at the forefront of the Rebel Army column. They managed to take over the country’s capital thanks to a general strike that defeated the last actions of Batista’s regime to prevent the victory of the masses.

Fidel was a bourgeois democrat who was forced to carry out a socialist program. In the first days of the revolution, Fidel Castro made efforts to contain the bourgeoisie inside the government, declaring that “The revolution is as green as the palms.” Faced with the hasty departure of the bourgeoisie and the attempts of imperialism to crush the Revolution, Fidel led a “counter-blow revolution,” as defined by Che Guevara in a conversation with Jean Paul Sartre. The revolution had wiped out the bourgeois army, clearing the way for the militias of the Rebel Army composed of rural laborers, workers and peasants who would support the new power and become the social driving force behind the radicalization of the revolutionary process and the expropriation of the bourgeoisie and landowners.

Cuba symbolized the fact that the victory of the working-class and peasant masses was possible and that the struggle for land and national independence could only be carried out on the basis of the program and methods of socialist revolution.
Since then, Fidel, Che and the revolution have dwelled in the hearts of the continent’s masses. Fidel became a role model for an entire generation of social change fighters, who saw in the example of Sierra Maestra and the guerrilla methods a way to defeat imperialism in Latin America. This was an erroneous interpretation and a bureaucratic conception, fostered by Castroism, of a profound social process in which the lead role was actually played by the masses. It was a true strategic tragedy that led to the defeat of those who followed the path of focalism and isolated guerrilla struggle without recognizing the strength of actual mass movements.

In January, 1961, the US officially severed ties with Cuba and in April it organized the Bay of Pigs invasion by Cuban exiles (since then referred to as “gusanos” [worms] by the Cuban people), armed by the CIA. The people’s militias defeated the invasion in just a few days and the revolutionary process was declared a socialist revolution.

Fidel was the leader of a Bonapartist regime that blocked the emergence of organizations of self-government by workers and peasants and concentrated power in a single party. With time, the new Cuban regime gradually stifled the political freedoms needed by all authentic revolutions in order to develop. Its alliance with the USSR was reinforced and with it, the light that radiated from the Cuban revolution began to dwindle. The persecution of LGBT people aimed at imposing bureaucratic morals based on capitalist patriarchal prejudice showed the oppressive nature of the bureaucracy in power. Fidel supported the bloody repression by the Red Army of the Prague Spring in 1968 and played an important role in the process of supporting Popular Unity in Chile, which was presented as the “peaceful transition to socialism.” This conclusion was contrary to that of the Cuban Revolution, which had shown that it was necessary to defeat the repressive and military forces of the bourgeois State to achieve victory.

In the dismal years of the Southern Cone dictatorships, Cuba was a sanctuary for thousands of exiles. However, in international politics, where it was in line with the Kremlin, Castro’s regime refused to denounce the genocidal dictatorship in Argentina, as it provided grain to the USSR.

In 1980, the revolution went through one of its greatest crises. Following an attempt by a group of Cubans to force their entry into the Peruvian Embassy and request political asylum, in the face of the resulting critical situation, Fidel allowed the departure of thousands of Cubans from Port of Mariel. These Cubans set off for Miami, leading to a crisis in Jimmy Carter’s administration in the United States.
During the Nicaraguan revolution, Cuba was an essential foothold for the FSLN (Sandinista National Liberation Front) and Fidel made sure to tell the Sandinista leaders that “Nicaragua must not be a new Cuba.” The Nicaraguan revolution would ultimately be defeated in 1990, with the return to power of the representative of the counter-revolutionary bourgeoisie, Violeta Chamorro.

Fidel Castro was the last survivor of a world that ceased to exist in 1989, when the regimes of the misnamed “real socialism” collapsed like a house of cards, clearing the way for capitalist restoration. In the midst of those events, Fidel supported the Soviet bureaucracy and that of the Eastern European countries. In 1981, he had supported General Jaruzelski’s actions in Poland to crush the workers’ movement organized around the Solidarity union. In 1989 he would defend the regime of the Stasi (secret police) in East Germany, led by Erich Honecker. The Cuban Revolution hung in the balance, as its main economic support, the USSR, was being torn into pieces, depriving the Island of material aid. This occurred because Fidel had opted for an Alliance with the Kremlin bureaucracy and rejected Ernesto Che Guevara’s proposed strategy of implementing a program of industrialization and striving to extend the revolution beyond Cuban territory. Once again, it was the resistance of the masses of workers and peasants, who tolerated hunger and scarcity in the so-called Special Period, that allowed the survival of the revolution. In 1994, thousands of Cubans set out to sea in makeshift rafts in an attempt to flee the desperate situation, with the support of the United States, which intended to overthrow the Cuban government.

As of 1997, there was a sharp turn in the administration’s politics towards the acceptance of foreign investment and the establishment of capitalist companies as a way out of the dire situation of the Special Period. However, no change occurred in the political regime. In 1998, Karol Wojtyla, John Paul II, one of the architects of the collapse of Eastern Europe, visited Cuba, and the regime restored its ties with the Cuban Catholic Church.

In his last few years as head of the Cuban government, Fidel oriented the regime’s international politics towards support for Chavism and the progressive governments of Latin America. He visited Argentina in 2003 and gave a historical speech on the stairway of the School of Law of the University of Buenos Aires, in which he advocated the so-called Battle of Ideas, in lieu of the struggle for worker and peasants’ power.

After 47 years of continuously managing the Cuban regime, Fidel Castro withdrew from power in 2006, due to health issues. Raúl Castro, five years his junior, replaced him provisionally at that time, and two years later, in 2008, he formally succeeded him as President of the Council of State and the Council of Ministers.

Fidel Castro continued to be a moral bulwark of the revolution and provided essential support both for the consolidation of the Cuban bureaucracy’s restorationist turn, as well as for the historic opening of negotiations with the United States, in which Pope Francis played a key role. In international politics, Fidel spoke out against the Arab Spring, interpreting it as a movement incited by imperialism.

Fidel was a controversial figure, loved by his followers and hated by imperialism, who undoubtedly occupies an important position in the history of Latin America. He leaves behind a legacy resisting each and every attempt by imperialism to overthrow him, but also a Cuba stifled by a privileged bureaucracy and threatened by capitalist restoration, which is advancing over the gains made by workers and peasants in their 1959 revolution.