Washing hands and rubbing down doorknobs is not enough. Cleaners are key to prevent people dying from COVID-19. They need living wages, secure contracts, and — since many are immigrants — full rights. 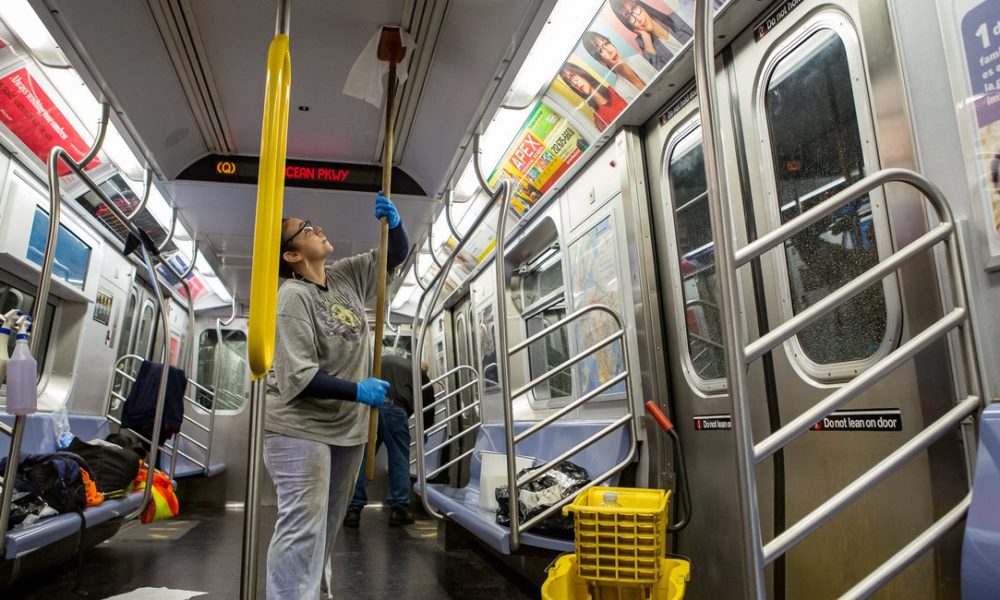 All of a sudden, we all understand the importance of hygiene. To stop the spread of the coronavirus, we all need to be washing our hands regularly and rubbing down doorknobs with alcohol. But that is not enough: someone needs to disinfect common spaces. Cleaning workers are key to prevent people dying from COVID-19. Janitors earn extremely low wages, but during the current pandemic, we can see that few professions are as important.

Under the decades of the neoliberal offensive, cleaners were pushed to the margins of the capitalist labor market. Whether they work in office buildings, schools, hotels, public transport, or anywhere else, they will almost never be contracted by the company they are cleaning. Instead, they are mostly employed by subcontractors with indecipherable names which change every six months. This makes it difficult to have any job security.

Many cleaners are women, and they earn lower wages for what is considered “women’s work” in patriarchal capitalism. Of course, it is only considered “women’s work” because women are forced to do this work in the home. Additionally, many cleaners are immigrants who have no legal status, so they cannot claim the few rights they should have as workers. The exploitation of cleaners is often worsened by sexism and racism.

Working early in the morning or late at night, they are the “invisible hands” that keep a capitalist metropolis running. For years, there have been union campaigns around the world demanding “Justice for Janitors,” and these can reduce some of the worst inequalities.

Now, in the midst of a pandemic, many people are realizing for the first time how important cleaners are. The last 20 years have seen cleaning in public spaces cut drastically. Managers claim that they will have just as much cleaned, but then cut half the personnel, forcing workers to cut corners. This is one of the primary causes of “superbugs” in hospitals around the world — a lack of basic hygienic measures due to austerity measures.

To stop coronavirus, we would need workers cleaning hospitals, subways, and other public spaces around the clock. But there are not nearly enough workers to do even the bare minimum. The crisis requires that we end all outsourcing now. Cleaners need full-time contracts, with living wages and job security. They need strong unions that unite cleaning workers with all the other workers in a company. Like all workers, they need full citizenship rights, so they can do their live-saving work without fear of deportation. And we need to hire far more cleaners.

The New York City subway system, the MTA, has announced that it is “doubling” sanitation measures. But as anyone who knows the MTA can testify, cleaning would need to double under normal times. The MTA, instead of hiring 500 additional cops, needs to hire more cleaners immediately.

A friend of mine works on the Berlin subway cleaning trains at the end stations. Except he doesn’t work for the public transport company BVG: he works for one of countless dubious subcontractors that the BVG relies on. He reports that despite more than 500 infections in Berlin, the BVG is still cleaning the inside of trains only every three days! They simply do not have the workforce to do more.

These subcontracted janitors make just above minimum wage and they have very little job security. All public transportation companies need to hire cleaners now — not as outsourced temps, but as full-time workers with full rights. The same applies to hospitals, where lack of sufficient is literally a question of life or death.