In recent years, there has been a spate of new fictions in the casino world of financial speculation. Marxist economist Michael Roberts discusses these technological developments and how when the financial markets go belly up, the digital damage will be exposed.

Originally published in The Next Recession.

In my last article, I discussed recent financial engineering and swindles that are traditional to the accumulation of and speculation in what Marx called fictitious capital, ie financial assets like bonds, stocks, property, credit and so-called derivatives of these.

Finance capital is ever-ingenious in inventing new ways of speculation and swindles.  In the past we have had the dot.com boom when the stock prices of many internet start-ups exploded upwards, only to crash when the profits of these companies did not materialise and the cost of borrowing to speculate rose.  That was in 2000 and followed by a mild recession in 2001.

Then we had the huge credit boom in house prices, mortgages and the securitised mortgage packages and their derivatives that fuelled a huge property and stock market boom that collapsed into the Global Financial Crash of 2008 and the subsequent Great Recession.  That was followed by a massive injection of central bank money with low to zero interest rates and ‘quantitative easing’ leading to a further rise in stock and bond markets up to record highs.  The COVID slump only led central banks to doubling-down on ‘quantitative easing’ to keep the prices of financial assets rising, while the ‘real economy’ based on the profitability and investment in productive assets stagnated.

In this 21st-century world of easy money borrowing, there have been a spate of new fictions in the casino world of financial speculation. 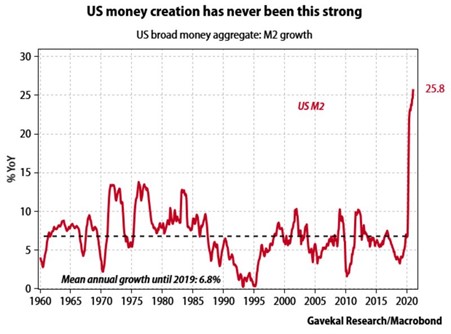 First, there are SPACS, Special Purpose Acquisition Vehicles.  These are so-called “blank cheque” companies e. banks and other hedge funds invest in a SPAC, which owns nothing, but promises investors that the SPAC will buy a privately-owned company, then take it to the stock market in what is called an Initial Public Offering (selling shares to the public). If the IPO leads to higher price than the investment in the SPAC, everybody makes a profit.

SPACs have taken Wall Street by storm and become a favourite investment among hedge fund managers. As one SPAC explained, we have an “inherently investor-friendly structure” with little downside. In the US, which accounts for the bulk of SPAC activity, 235 vehicles have raised $72bn so far this year, according to Refinitiv. But is there ‘little downside’?  Supposedly there is little risk of losing the original investment because cash is put into a trust that invests in US treasuries and shareholders can ask for their money back at any point. But there is a potential to make lofty returns come from a unique quirk in the SPAC, which splits into shares and ‘warrants’ (options to buy shares) shortly after the structure starts trading.  And here there is substantial risk that things will go wrong.

A warrant, typically worth only a fraction of a share, acts as a sweetener for early backers, who can redeem their investment while keeping hold of the warrant. When the SPAC finds a company to acquire, the warrants convert to relatively inexpensive stakes in the new company.  But those who who did not take warrants but opted for a stake in the merged company (mainly small investors), bear the risk of both a potentially bad deal and significant dilution compared to the free warrants handed out to early backers.

And quite often it is a bad deal.  While the hedge funds buy the ‘warrants’ at a fraction of the SPAC share price and get out before the SPAC acquisition is completed, small ‘retail’ investors stay on the for the full deal and find that the acquisition IPO price drops very quickly, leaving them with significant losses.  The result is that small investors provide the money for the rich wide boys to take.  Nevertheless, while money is cheap and the stock market booms, the small-time better will go on hoping to make a killing.

Then there are NFTs, or ‘non-fungible tokens’.  What the hell are these, you might say?  NFTs are digital financial assets stored on blockchains (digital codes).  You can convert anything into an NFT to try and sell it. Christies has already auctioned an NFT (digitally coded) artwork for $70m. An Oscar nominated movie has been released as an NFT (digital code) and so on.  But what is being sold is just one unique, blockchained (digital coded) representation of the artwork, not the actual thing itself. It’s the ultimate derivative: a digital code derived from an object or even a person, but with no rights of ownership.  So what’s the point?  None really – it’s just a fad and the buyer of the NFT hopes that it can be sold on to another idiot for a profit.

A particular negative of the NFT craze is that encoding artwork or an idea onto a blockchain involves complex computations that are highly energy intensive. In six months, a single NFT by one crypto artist consumed electricity equivalent to an EU citizen’s average energy consumption over 77 years. This naturally results in a significant carbon footprint.

And this is an issue that applies to blockchain technology more generally. For example, the original cryptocurrency Bitcoin (BTC) has an estimated annual energy consumption in the range equivalent to about 0.45 percent of the world’s entire electricity production.

And that brings me to the saga of cryptocurrencies like bitcoin.  I wrote on blockchains and crypto craze over three years ago.  I argued then that Bitcoin aims at reducing transaction costs in internet payments and completely eliminating the need for financial intermediaries ie banks. But I doubted that such digital currencies could replace existing fiat currencies and become widely used in daily transactions.

Since then, the price of bitcoin in fiat currencies like the dollar has violently fluctuated but more recently has rocketed to stratospheric heights as cheap money and low inflation have pushed down the value of the main reserve and store of currency, the US dollar.  Whereas gold used to be the alternative store of value to the dollar, now it seems that cryptocurrencies like Bitcoin are taking over as the speculative money asset.  Why?  Well, most gold is the vaults of central banks and so the price is subject not only to the supply from gold mines but also the policy decisions of government-controlled banks.  Instead, Bitcoin has a clearly defined amount to digital supply and through blockchains, it can be mined and transacted without government controls. 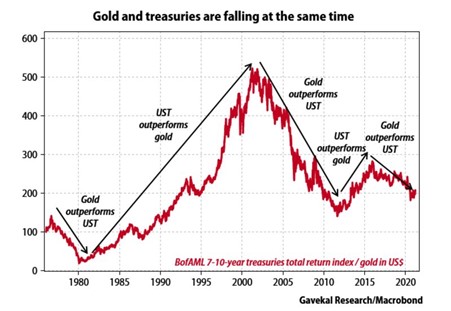 In the current fantasy world of casino financial investment, Bitcoin and other cryptocurrencies seem more attractive to currency speculators than even gold. And so the crypto boom continues.  For example, Coinbase Global Inc, the largest US cryptocurrency exchange, is now valued at around $68 billion, compared to just $8 billion in October 2018. The company now has more than 43 million users in more than 100 countries. 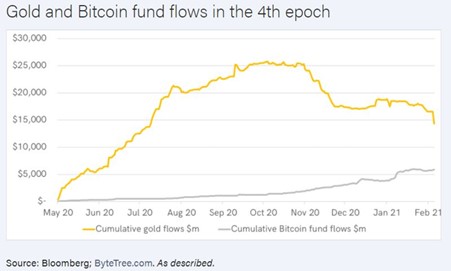 But cryptocurrencies are no closer to achieving acceptance as a means of exchange.  Bitcoin’s value is not backed by any government guarantees, by definition.  It is backed just by ‘code’ and the consensus that exists among its key ‘miners’ and holders.  As with fiat currencies, where there is no physical commodity that has intrinsic value in the labour time to produce it, the crypto currency depends on trust of the users.  And actually that trust for cryptocurrencies varies with its price relative to the fiat currency, the dollar. Its price is measured in dollars or in what is called a ‘stable coin’ tied to the dollar.

Indeed, while the cryptocraze has exploded, the US dollar has entrenched itself ever more firmly as the world’s premier settlement currency (67% of all settlements, followed by the euro, the yen and yuan).

Bitcoin is no nearer universal acceptance than it was when it started. So while cryptocurrencies have increasingly become part of speculative digital finance, I still don’t think they will replace fiat currencies, where the supply is controlled by central banks and governments as the main means of exchange. They will remain on the micro-periphery of the spectrum of digital moneys, just as Esperanto has done as a universal global language against the might of imperialist English, Spanish and Chinese.

Moreover, there are already rivals to cryptocurrencies that carry the backing of governments: central bank digital currencies (CBDCs).  CBDCs have been discussed for years as an alternative to cash as many economies have witnessed a slump in physical money being used in transactions. Cash accounted for only 20% of payments in China – the world’s second largest economy in 2018, according to research published by the Bundesbank in 2019. This week, China became the first major economy to create a blockchain-based digital version of its currency, the cyber yuan, to be used in transactions.   Sweden’s central bank, the Riksbank revealed this week that its current pilot project will take at least one more year to be ready for the e-krona.

The US is more reluctant because American finance has the dollar as the world’s top currency. This week, Federal Reserve Chairman Jerome Powell said “that there’s no hurry to develop a central bank digital currency.”  Having trashed cryptocurrencies as “highly volatile and therefore not really useful stores of value and not backed by anything,” Powell went on “It’s more a speculative asset that’s essentially a substitute for gold rather than for the dollar.” Even so, the Boston Fed last year entered into a partnership with the Massachusetts Institute of Technology on a multiyear study into developing a central bank digital currency. But the work is expected to take two to three years.

These CBDCs in theory provide a seamless and trustworthy way of doing digital transactions more or less instantaneously and as they ar backed by government, they make them attractive compared to gold, fiat currencies and crypto coinage.  But they also reduce the freedom of individuals to control their own ‘cash’ and they open the doors of personal financial activities to governments, supposedly reducing corruption, but also putting people’s livelihoods even more in the grip of governments.

In the last 20 years, financial fictions have been increasingly digitalised.  High frequency financial transactions have been superseded by digital coding.  But these technological developments have mainly been used to increase speculation in the financial casino, leaving regulators behind in the wash.  When the financial markets go belly up, which they eventually will, the digital damage will be exposed.

Michael Roberts is a Marxist economist and author of several books including The Great Recession: a Marxist view (2009); The Long Depression (2016); and Marx 200: a review of Marx’s economics (2018). He has published numerous papers in academic economic journals and articles in leftist publications. His blog can be found at The Next Recession.