A teacher in Florida was fired under the state’s “Don’t Say Gay” law. We must build a fighting labor movement to defend her, as well as all other teachers and students targeted by the onslaught of anti-LGTBQ+ bills. 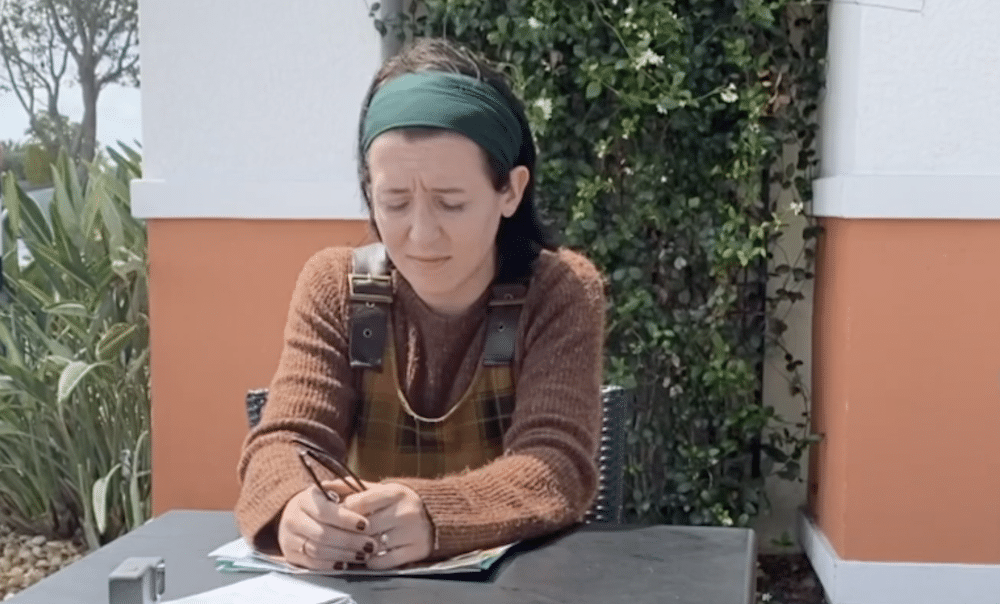 Casey Scott, an elementary school art teacher at Trafalgar Middle School in Lee County, Florida, asked students to make flags to represent themselves as part of an art project. In their discussions about identity, several of her students expressed that they were gay, bisexual, and trans. Many of them wanted to represent themselves using the rainbow flag or the pink, blue, and white flag that represents trans rights. After she hung the flags up on her bulletin board, school administrators told Scott that it would be “in her best interest” to get rid of them immediately.

When she got home, she was told her contract would not be renewed.

This is one of the first examples of a teacher being fired under Florida’s new right-wing law attacking educators and LGBTQ+ folks. In late March, Florida governor Ron DeSantis signed the euphemistically titled “Parental Rights in Education” bill, or more accurately dubbed, “Don’t Say Gay” bill into law. It reads, “Classroom instruction by school personnel or third parties on sexual orientation or gender identity may not occur in kindergarten through grade 3 or in a manner that is not age-appropriate or developmentally appropriate for students in accordance with state standards.” In other words, teachers of young students are subject to termination or even legal action if they have conversations about a fundamental aspect of many teachers’ and students’ identity.

The law, like many recent right-wing attacks, strips teachers of their autonomy and weaponizes their relationships with students. Louisiana’s Don’t Say Gay bill — which originally died in committee but was recently revived — is even more severe than Florida’s: K-12 teachers would not be allowed to talk about their own sexualities or genders at all, regardless of age of the students. In 2021 alone, state lawmakers introduced bills in over 20 states denying trans youth health care, according to the ACLU.

According to the Human Rights Campaign, this year is on pace to see even more of these inhumane pieces of legislation introduced in state governments. A list of proposed bills in 2022 includes single-sex facility restrictions, excluding transgender youth from athletics, and other school and curriculum restrictions. This wave of legislation is not an organic representation of popular sentiment toward LGBTQ+ rights; it is part of the Right’s strategy to marginalize people and build its conservative base for future elections. Teachers’, students’, and queer folks’ jobs, education, and lives are on the line.

The map of states that have introduced or already passed anti-LGBTQ+ bills overlaps a great deal with states governed under “right to work” laws.

“Right-to-work” states allow workers to work in workplaces with union representation but without having to pay union dues for that representation. Of course, federal law requires that the union represent all workers under their protection — even those who refuse to pay dues. But this provision undermines the power of the union by banning union shops and sapping the union’s financial resources.

Florida is among 27 other mostly southern U.S. states that have “right-to-work” laws. Scott and other LGBTQ+ teachers in these states are especially vulnerable to these attacks because the financial resources and political influence of unions are so dramatically weakened. This means that it is much less likely that the national unions will fight for these educators in cases like this one where they are targeted by their employers.

This weak positioning of Florida unions was especially clear in the response to the walkout organized by Disney workers in late March to protest Disney’s complicity in the advancement of “Don’t Say Gay” (the company ha​​s donated to every single sponsor of the bill). While many rank-and-file members organized walkouts, the union leadership of Unite Here! Local 362, which represents custodians, housekeepers and other Walt Disney World theme park workers, claimed there was “no momentum” and advised workers not to participate as they would be violating contractual obligations. Local union president Eric Clifton said in regard to the walkouts, “We aren’t part of that. It would violate our contract if members of our union participated, though we are concerned about the issue, of course.” Despite the union’s tepid response, the rank and file walked out anyway, showing the rest of us the way forward in the movement we must build.

For a Fighting Labor Movement

As workers, we have to turn out to defend Casey Scott and other teachers in Florida — whether unionized or not — whose rights are under attack. . This attack on Scott is an attack on education workers everywhere, not just on the rights of queer people.

The unions will be vital in building a defense of Scott and opposition to these laws. Rank-and-file teachers must organize to pressure their union leaders in the NEA and AFT to join the fight for LGBTQ+ rights, to protect our community, our students, and ourselves. It’s also essential that we organize across the artificial divides between unionized and non-unionized workers. As the 2019 teacher strikes showed us, teachers in “right-to-work” states, in the absence of strong union bureaucracies, are capable of organizing grassroots movements to fight for their demands. We must fight to nationalize these movements.

As the pandemic rush to re-open schools showed us, as teachers, we have a very strategic position within the capitalist system. Capitalism relies on us to train the next generation of workers but also, to be blunt, to provide childcare so production can continue uninterrupted. We hold a tremendous amount of power, if we choose to wield it.

We must use that position to build a fighting labor movement within education. A labor movement which stands shoulder to should with the fight to protect LGBTQ+ and abortion rights, and which fights back all attacks on workers and the specially oppressed. We need a labor movement that isn’t afraid to use its power.

Solidarity with Casey Scott, and down with all anti-queer laws.