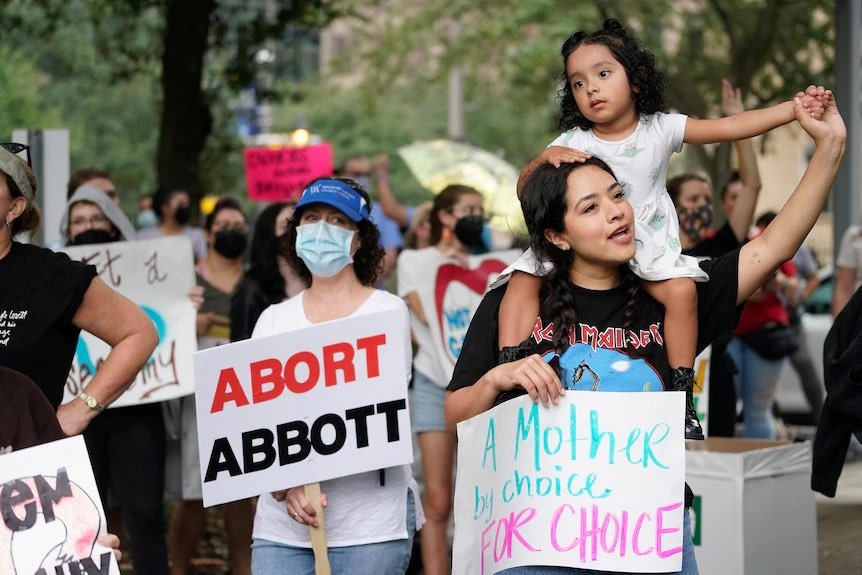 This Mother’s Day is officially my first as a parent. It was just under a year ago that I pushed my baby out of my body after growing him inside me for over nine months. Or, rather, I tried to push him out of me. Instead, he got stuck after an excruciating labor during which I had the chilling thought, “Oh, yeah… people die in childbirth.” I was rushed to an emergency C-section and a doctor cut me open. My partner saw the doctors take out my guts (I’m clearly not in the medical field) before lifting our baby out of me. What followed was a lengthy, uncomfortable recovery, all while navigating the sleepless joys and terrors of new parenthood.

In short, childbirth is not casual. Pregnancy is not casual. To force people to go through pregnancy and childbirth is to strip them of the most basic bodily autonomy. It is horrific and disgusting. It is deeply oppressive. Both pregnancy and childbirth are intensely physical and emotional experiences in which your body is not your own. But our bodies are ours. They do not belong to the state, nor to our employers, nor to our doctors, nor to a fetus. They certainly do not belong to nine unelected judges debating behind closed doors.

You might be interested in: The Supreme Court is Our Enemy, with or without Ketanji Brown Jackson

No one should be forced to bring a pregnancy to term. No one should be forced to give birth. No one should be forced to become a parent. In order to prevent this, we must fight for far more than what Roe offers: the nominal right to obtain an abortion. While Roe has been on the books, the Hyde Amendment was passed with the support of Jimmy Carter and Joe Biden, preventing Medicaid from covering abortions; Democrats, for their part, had ample opportunity to codify abortion rights in law, but they simply didn’t do so; clinics throughout the country have been shuttered, and more and more restrictive legislation has been passed, limiting people’s access to abortion. Those who are most affected are working and poor people, often women of color and immigrants, who are unable to take the time to travel long distances and pay out of pocket to obtain an abortion.

So, we need far more than a defense of Roe v. Wade. We need free, legal, and safe abortions that are actually accessible to every person. We need free birth control. We need comprehensive sex education in quality public schools.

It must also be said that there are many who want to become parents who find that they have no options or support. There are people who desperately want to conceive, but are unable to shell out the enormous expense of fertility treatments and IVF. There are those who wish to adopt, but are unable to due to prohibitive costs. There are also those who wish to adopt who face legal discrimination from queerphobic institutions. There are those who want children and have children, but don’t know how they’ll manage with the absurd cost of childcare, the lack of parental leave, and the expenses of healthcare.

While the Supreme Court writes up decisions and the Right around the country prepares more legislation to criminalize not only abortion, but also birth control, both parties, at the federal and state levels, have been responsible for slashing the public funding that even minimally supports the task of raising children. Both parties have stood in the way of free public childcare for over 50 years. Both parties have ignored mass support for universal healthcare in favor of protecting corporate profits and increasing a ballooning military budget and surveillance apparatus. Both parties work in tandem to bomb people abroad and increase funding to cops that kill people here at home. Neither party is interested in building a world that supports child-rearing, and neither party will put up a real fight for abortion rights.

Capitalism has led to advances that could give us unprecedented control over our bodies. But capitalism also upholds and benefits tremendously from a patriarchal structure that reduces women to their reproductive capacity. Capital needs us to reproduce the next generation of workers and consumers, and it wants us to incur the costs. The ongoing attacks on queer and especially trans people are part and parcel with this patriarchal and heteronormative model.

In order to fight back all of these attacks, we will need a mass movement. We need a mass movement with the strength to fight for the right to not be a parent, as well as the right and ability to be a parent. This means fighting for free, safe, legal abortion, without constraints; for free birth control; for comprehensive sex education in schools. This means fighting for bodily autonomy in regards not only to abortion, but also to gender-affirming healthcare. This also means fighting for universal healthcare, parental leave, and free quality childcare and public education. Putting up such a fight will take all we have: all of the strength of the social movements combined with all the strength of the working class.

On this Mother’s Day, let’s fight to ensure that motherhood is a choice we get to make for ourselves. 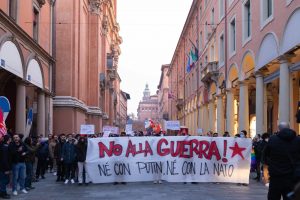 Stop the War in Ukraine! A Call to Action

The undersigned organizations and individuals agree on these basic principles. We offer this statement as a set of core principles to help galvanize an antiwar movement that is both antiimperialist and internationalist in outlook.