France’s State of Emergency and Challenges for the Radical Left

“All the way to the right,” the slogan that best defines the current policy of the French government–and more broadly of the entire political spectrum. The government has cynically made use of the November 13 Paris attacks to push its “state of emergency” to the limit, yet it is now facing the first expressions of resistance. This situation presents the far left with the challenges of building a broad, united opposition movement, as well as an independent political alternative to both the government and the reformist left. 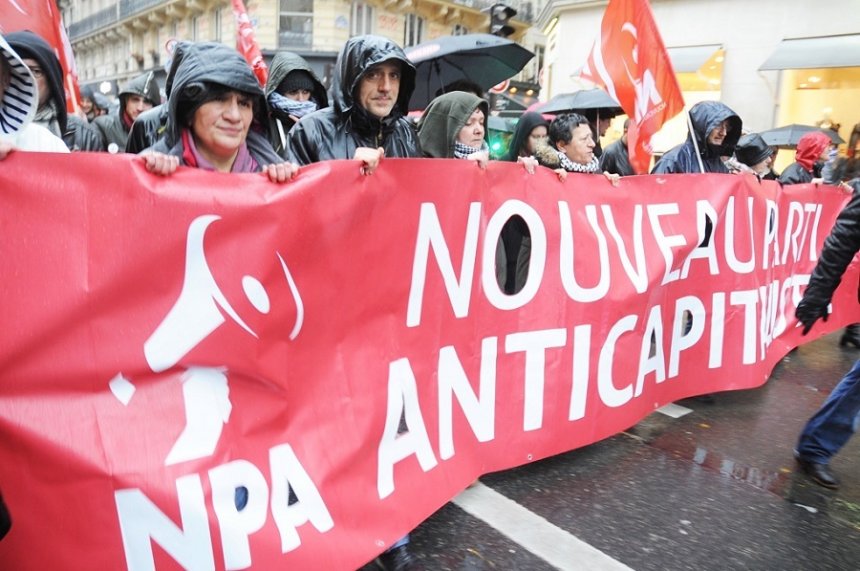 This is an adaptation of an article originally published in Révolution Permanente.

Restricting civil liberties, the hysteria around national “security,” criminalization of social movements, racist laws, war-mongering rhetoric–to name just a few of the tactics of “all the way to the right” politics. In just a few months, the government has deployed a considerable arsenal of reactionary measures, taking advantage of the emotions provoked by the odious attacks on November 13, 2015. The announcement of an extension of the state of emergency, as well as the racist bill to strip people of their French citizenship (ie., those found guilty of illegal association, terrorist activities or terrorism funding), or even the recent judgment condemning eight Goodyear workers to hard jail time, paint the political landscape. But the picture also includes some of the first consistent expressions of opposition.

January 30: The Beginning of a Broad Democratic Movement?

The January 30 mobilization against the state of emergency and the bill on the stripping of citizenship was a success. At the initiative of two large groups, dozens of demonstrations and rallies took place throughout France and brought together 40 thousand people. The biggest march took place in Paris, where an estimated 10 to 20 thousand protested in the pouring rain. At certain universities, general rallies took place, and students were heavily represented in the demonstrations.

Only a few days later, a new street demonstration took place on February 4 in support of eight Goodyear workers. It was expected to draw in unionized workers, among whom the prison sentence of 9 months to two years for the charged workers has aroused an important wave of solidarity. The strike call raised by the transit workers organized by the CGT RATP on February 4 is a clear example of this.

In several cities, local coalitions were set up to organize the demonstrations on January 30. They now face the question of next steps. The union federation CGT has also called for the formation of local committees in support of the workers at Goodyear. The work of uniting these committees, building them in workplaces and campuses, and gearing up for education and mobilization leading up to a new day of action–and perhaps even a day of strikes–could allow this burgeoning opposition to grow into a mass movement against the state of emergency and the criminalization of the social movements.

In the coming weeks, this is the task that the far left and the New Anti-capitalist Party (NPA) should focus on: working to build a broad coalition of political, union and community organizations to counter the government’s attack on civil liberties and social programs.

At the same time, on the political plane, these last few months have demonstrated the failure of the Left Front (a center-left coalition constituted by Jean-Luc Mélenchon’s Left Party, the Communist Party, and other minor groups), whose constituent groups have bent over in the face of the call for “national unity” and voted for the first extension of the state of emergency, abstained on the vote to intensify aerial strikes on Syria and Iraq, and have even participated in electoral coalitions with the Socialist Party in the second round of the regional elections.

This is the context for the proposal for “primary elections of the entire left”, recently taken up by rebellious members of the Socialist Party, which fuels the fire of the crisis in the Left Front, already very divided on the question of a new electoral campaign by Jean-Luc Mélenchon.

In the face of what even some of its members consider the failure of the Left Front, there is now a lack of a strong and vocal far left, capable of coming together with even a part of the thousands of youth and workers who are starting to build their own movements, and to pull together a political alternative independent of the bosses and the government of the reformist left. It’s also the only way to prevent a portion of our class, even a small minority, from turning toward the reactionary demagoguery of the National Front.

These are the stakes of the National Conference of the New Anti-capitalist Party (NPA), which will have to decide next March on the party’s approach to the upcoming presidential elections. It’s a choice between the latest version of the politics that led the NPA into a lasting crisis- a politics with “calls for unity” addressed to a reformist left in a political free fall, on the one hand, and on the other, that of an independent candidate that bases itself on an anti-capitalist, revolutionary program. It’s obviously on the latter basis that we would like to work together with organizations like Lutte Ouvrière, and which best corresponds to the tasks and challenges which the current situation has imposed on the New Anti-capitalist Party and on all of the far left.