Federal agents have arrested Philadelphia anti-police activist Anthony Smith. We demand his release, and the release of all political prisoners. 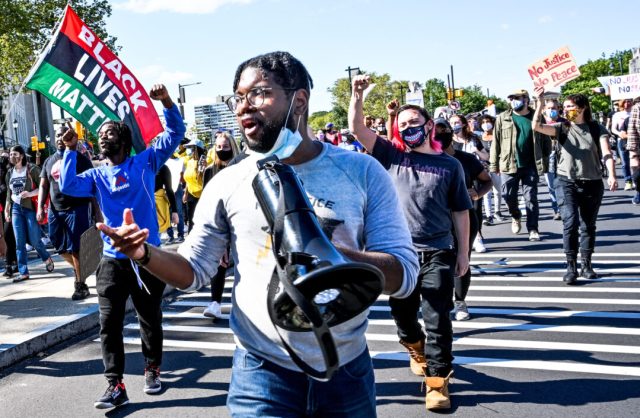 Throughout the waves of protests that have followed each high-profile murder of a Black person in the United States by the police, the armed forces of the state have brutally repressed protesters. They have deployed tear gas, beat old men, maced children, and targeted prominent activists in cities.The arrest of widely known Philadelphia anti-police activist Anthony Smith by federal agents is the latest example of the state trying to put us back in our place. We denounce all state repression and demand the immediate release of Anthony Smith, Ayoub Tabri, Carlos Matchett, Khalif Miller, and all political prisoners.

On Wednesday Oct 8, police arrested Anthony Smith and three others, federally charging them in connection with the arsons of two police vehicles. His arrest by federal authorities came just days after he was celebrated by Philadelphia Magazine for his activism with Philly for REAL Justice.

Anthony Smith was arrested in the wave of anti-cop protests in Philly following the murder of Walter Wallace Jr. by police. Wallace’s murder led to a renewed struggle against police in the streets which resulted in mass arrests.

The timing of the arrest and Smith’s specific targeting by the feds is particularly conspicuous given his current lawsuit against Philadelphia. Smith is one of the main plaintiffs in a civil suit against the city for brutalization during the George Floyd protests. The suit was filed in July against police who indiscriminately fired rubber bullets and launched tear gas at protesters and bystanders alike. This is a clear targeting of a public figure who is openly challenging police and an attempt to wear down the morale of anti-police movements by making an example of him.

It’s no mistake that they’re targeting one of the most prominent organizers of Philly for REAL Justice, which has long been at the forefront of anti-cop, anti-racist struggle in Philadelophia. For example, it earned the ire of the Philly pigs for unceasingly demanding the tearing down of the statue honoring the notoriously brutal, homophobic, white supremacist cop and mayor Frank Rizzo.

And it’s also no coincidence that the feds are targeting Philly now in the wake of attacks on Portland and Chicago. Philly was the site of some of the largest and most militant marches and demonstrations during this summer’s Black-led uprising against the police. On June 6 alone, 66,000 people mobilized, terrifying the Democratic city government and its murderous police force

Police will target more activists in Philadelphia as the struggle continues for justice for Walter Wallace Jr. and all other victims of state-sanctioned police murder. We need to counter repression before it grows and show our strength to the state and ourselves. Free Anthony Smith and all political prisoners!