In April, Left Voice interviewed Tristan Taylor, a long-time activist in Detroit. Last night he was arrested with hundreds of others, and though everyone else involved was released with tickets for breaking curfew, Taylor remains in custody. He is charged with “inciting a riot.” 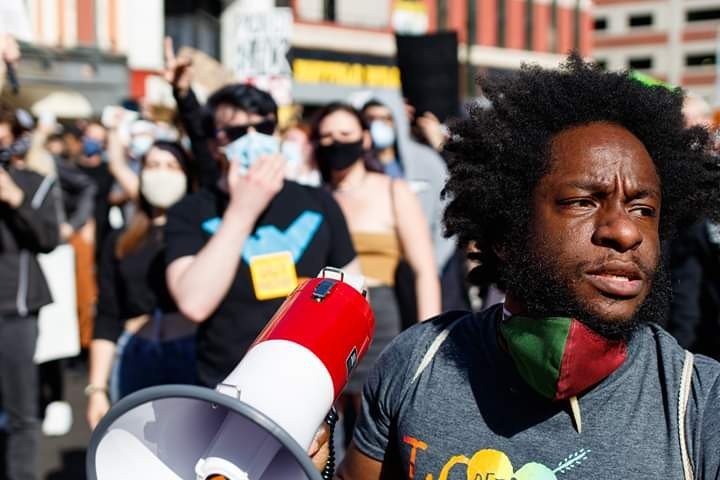 As protests against police and racist violence across the country headed into their seventh night, Tristan Taylor, a long-time activist in Detroit, was taken into police custody and is being held on felony charges for “inciting a riot.”

Taylor and his niece had organized and led a march in Detroit yesterday that started at 4 PM and was met with Detroit Police in riot gear as the curfew went into effect. More than 150 protesters were taken into custody and given citations for breaking the curfew but were later released.

Taylor, however, was taken off a police bus and put in a squad car alone where he was later given felony charges. He still remains in custody despite having committed no crime other than leading a protest against racist police violence. We stand against this grave injustice and demand that Tristan Taylor is immediately released from DPD custody and that all his charges are dropped.

These charges and police repression are state tactics used to crush the demonstrations that activists like Taylor are organizing. In April, Michigan police allowed armed right-wingers to protest quarantine rules without interference, but activists like Taylor are violently arrested for nothing more than peacefully protesting against police violence. This is unjust and unacceptable.

A protest to demand his immediate release will take place Wednesday at 4 pm at Michigan and 3rd in Detroit.

We call on workers and activists to join us in defending protesters like Tristan who are fighting against a violent and racist state. Left Voice calls for his release, and the release of all imprisoned protesters.