As the coronavirus epidemic stretches on, working people are facing an economic collapse, the likes of which have not been seen since the Great Depression. Organizing to fight for an immediate ban on all layoffs has to be an essential part of any program to protect the working class and to make the capitalist’s pay for their crisis. 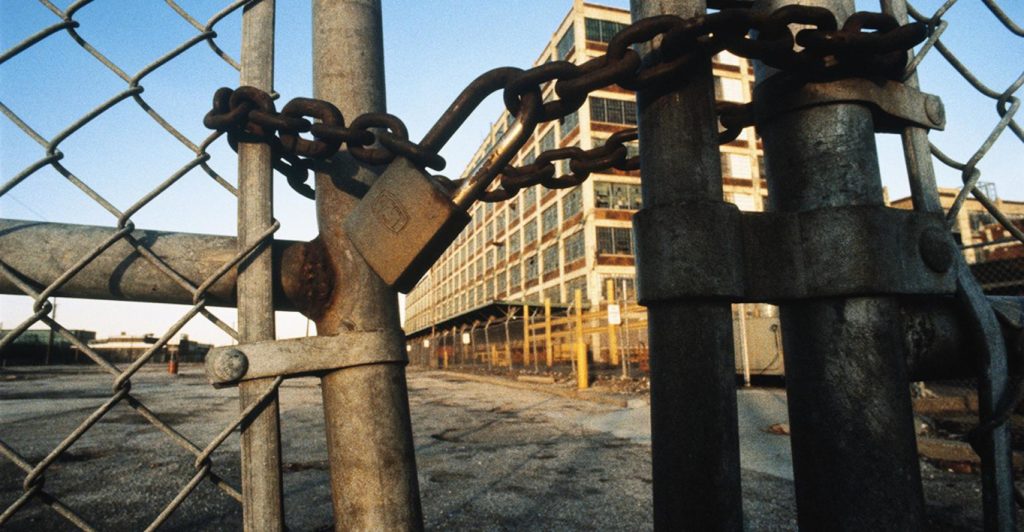 Working people are facing what could be the biggest unemployment crisis since the Great Depression. As states and cities across the country continue to shut down schools, libraries, restaurants, bars, and other non-essential services in order to stop the spread of the coronavirus, hundreds of thousands of workers have already lost their jobs, and millions more will soon follow. While restaurant, theatre, hotel and hospitality workers have been some of the first to see massive layoffs, huge losses in travel, retail, and oil drilling and extraction industries are also expected, as more and more people are quarantined. Last week, Oxford Economics issued a report that projected 4.6 million jobs will be lost just as a result of travel declines over the next several months. Meanwhile, a recent poll commissioned by PBS on March 14th shows 18% of workers may have already lost jobs or seen their hours cut since the Coronavirus outbreak started. These layoffs will be devastating for the US economy but they are only the tip of the iceberg. The financial services company Moody’s has estimated that more than half of all U.S. jobs are at risk, and 27 million are at high risk. Such job losses would mean dire poverty for huge sections of the working class.

Unfortunately, despite calls from progressives like Sanders and AOC, the U.S. government has so far done little to address the problem of layoffs and unemployment; and even limited proposals, such as universal paid sick leave and emergency cash payments, have been met with obstruction by Republicans and Democrats. While such government measures are important and necessary, they are clearly not enough. Confronting this crisis ultimately means confronting capitalism, and that means directly resisting these layoffs, since layoffs are always the first weapon used against working people in moments of economic crisis. Big businesses and corporations that have benefited from years of economic growth (not to mention the massive surplus value of workers’ labor) owe employees and their families a huge debt and it’s time to pay up.

In order to make this happen, working people must organize for and demand: 1. An immediate ban on all layoffs. 2. Full wages for all employees, whether they are working during the crisis or not. And 3. A redistribution of working hours among currently unemployed workers (including undocumented and precarious workers) so that no one is denied the essential right to employment.

Any company that cannot or will not comply with these demands should be nationalized under workers’ control or expropriated directly by the workers themselves. Wherever possible the capital of these companies should also be immediately put to the service of solving the current economic and health crisis and providing for the full needs of the working class. Sitting by and allowing companies to layoff workers, on the other hand, expecting that the crisis can be solved with an expansion of the existing safety net, or direct cash payments, would be a huge mistake and would only weaken the power of the working class and ultimately strengthen the power of capital.

The economic losses associated with the coronavirus are, without a doubt, going to be bad for capital in the short term. Since February, when news of the outbreak began to startle already cautious investors, all of the major stock indices have seen dramatic losses. The NASDAQ has plummeted almost 3,000 points from a high of 9,800 in late February, the S&P 500 has lost almost 30% of it’s value, and the Dow has lost all of the gains it made during the Trump presidency and continues to fall. While this will certainly mean short term losses for wealthy investors, these crashes — signs of a coming economic collapse — are nonetheless part of the bigger process of what Leon Trotsky called “capitalist equilibrium,” and are one of the main mechanisms by which capitalism manages to maintain its power and reproduce itself anew. As Trotsky explained: capitalism “possesses a dynamic equilibrium, one which is always in the process of either disruption or restoration,” and it is this dynamic equilibrium — not any greater capacity for the production or distribution of necessary commodities — that has allowed capitalism to maintain itself for so long.

When times are good, capital can extract huge profits from labor with little risk. For instance, after the last economic crisis, the S&P 500 (thanks in large part to government bailouts) not only managed to recover all of its losses by 2013, it then proceeded to almost double its value in the seven years that followed — an average rate of growth equal to about 14 percent per year. By contrast, average hourly wages for working people, which rose less than three percent per year for most of that same period, recovered much more slowly, and many workers actually saw their wages fall or remain flat when adjusted for inflation.

When times are bad, however, in moments of crisis, when profits are low, or when there is little or no demand — such as we are seeing in many industries today — corporations and companies can protect themselves and their market value by simply letting workers go. Workers, on the other hand usually must continue to pay for food, rent, healthcare, and basic utilities in order to survive. As a consequence, while capital can often weather the storm of such economic crises, they can severely weaken the power of the working class by creating what Marx called a vast reserve army of labor. And since unemployment insurance compensations are rarely available to all and always only for a short period of time, workers — whether laid off or only threatened with the prospect of layoffs—will eventually be pressured to work much harder for less wages. And this is precisely why the future of worker’s power depends on how we respond to this crisis now.

While capitalists and their paid politicians will scoff at these demands, claiming they are economically infeasible or impossible, this is because they only understand the language of profit and cannot imagine a world run for the benefit of all. Nonetheless, the fact remains that capital has significant resources that could and must be made available to all working people. Most major corporations such as Amazon, Walmart, Disney, Delta, GM, etc., have enough reserves and more than enough credit to continue to pay their employees the full amount of their wages for the length of the health crisis. Therefore, in the case of private corporations, working people must demand that the federal government make any future market aid contingent upon a wholesale indefinite ban on all layoffs, with full wages and continued benefits for all employees, whether they are working or not. States must likewise make all operating licenses for private companies and corporations contingent upon the same demand. Industries that refuse, particularly health, transportation, and manufacturing industries should immediately be subject to nationalization under workers’ control.

While major corporations and industries already have the necessary resources to protect their employees, it is true that many small businesses don’t. Therefore, calls to end layoffs must also include demands for a moratorium on all residential and commercial rents, bankruptcies, utility bills, and debt payments. These actions would allow even small businesses to pay their employees their full compensation for the length of the health crisis.

Of course, working people ultimately cannot rely upon the federal government or the state governments (whose purpose is to maintain the hegemony of the markets and the rule of capital) to fix this crisis in any equitable way. Only the working class has the power to make this happen through mass strikes and work actions. In order to act swiftly in the case of any layoffs, lockouts, or shutdowns, working people ultimately must organize themselves at their workplaces and in the streets, whether they are in a union or not, and be prepared to use their collective power to demand that all necessary resources be employed for the well being of the whole class with full compensation and benefits, that full back pay be provided to all workers upon returning to work, and that everyone has access to well compensated employment.