This weekend, Gérald Darmanin, France’s minister of the interior, started a controversy after a video of a crowd chanting “everyone hates the police” emerged from a concert by Soso Maness, the French Algerian rapper. The French Communist Party and its presidential candidate Fabien Roussel quickly lined up behind the denunciation.
Share on facebook
Share on twitter
Share on email

Since Saturday, the news channels have been buzzing with a new controversy after the minister of the interior, Gérald Darmanin, called out “all the so-called ‘left-wing’ parties that participated in the L’Humanité Festival.” What’s it all about? A video of the concert by rapper Soso Maness in which the crowd can be heard changing, “Everyone hates the police” — which the rapper himself picks up.

It created an opportunity for Darmanin to attack the “left” as well as Sonos Maness, and to pose as a defender of the police — who, as the minister claims, “protect the humblest citizens among us.” This flies in the face of what most of the population has seen in recent years, and the growing awareness of the reality of police violence and racism — as embodied in the popularity of the slogan “everyone hates the police” that emerged in 2016.

The police unions have all spoken out in unison with Darmanin’s condemnation, as has the Right and far right. But some on the Left have also joined the chorus. Dieynaba Diop, spokesperson for the Socialist Party (PS), went on BFM TV and condemned the “ignominious remarks.” The French Communist Party (PCF), organizer of the L’Humanité Festival (named for the PCF newspaper) sounded the same note. Interviewed by BFM TV on Sunday, Fabien Roussel, the PCF’s presidential candidate, insisted, “Only a few said that.” But then he went on to “strongly condemn” the comments, and said he “defends the job of peacekeepers, police, gendarmes, and officers who have to work under such poor conditions.”

This comes as no surprise from the “left” forces that joined the infamous demonstration by police unions last May. The PCF has strongly embraced the French government’s “security campaign,” which is demanded by the Right and far right. Now it has this new “alliance” with Darmanin and the police unions, even at the cost of dissociating itself from a rapper it invited to its own L’Humanité Festival and from the sector of the youth who are demanding an end to the institution of the police.

First published in French on September 13 in Révolution Permanente.

The Trotskyist Left Is a Rising Force in Argentina

From the War on Terror to Conflict between World Powers 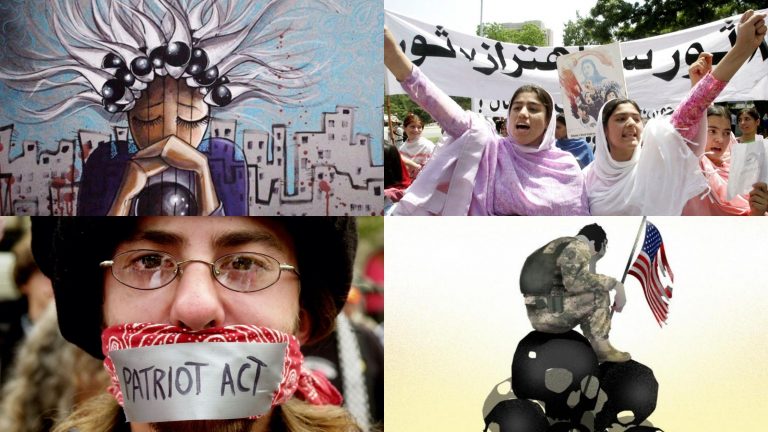