The domination of Africa by the imperialist powers, including France, has made the continent more vulnerable to epidemics and economic crises. 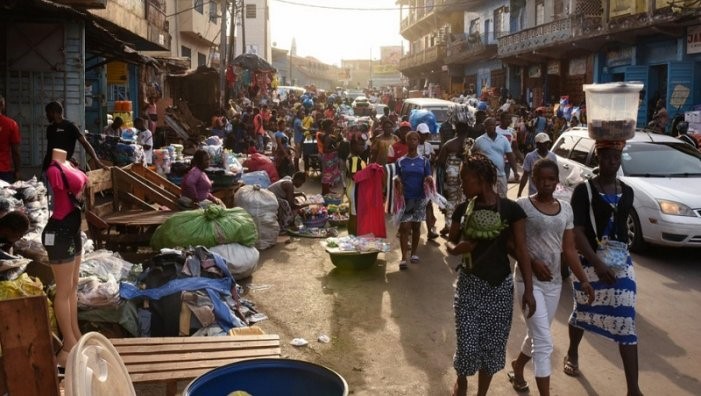 Mali has just registered its first two cases of COVID-19, immediately sounding the alarm in the country. A 49-year-old woman and a 62-year-old man returning from France both tested positive and were placed in solitary confinement. But this aroused the concern of residents and the authorities. Meanwhile, Burkina Faso just announced its first death from the coronavirus. While the exact number of infected people across the African continent is very difficult to establish (at this writing, the number of confirmed cases is estimated to be at least 720, with 20 deaths), it is true that the numbers are lower than in Europe. However, what is most worrying is that these underdeveloped countries lack the structural readiness to confront such an epidemic.

In Mali, there have been conflicting statements regarding the country’s health infrastructure. One document, for example, indicates that the country has only a single ventilator for every million residents. The Health Ministry says there are 56, as well as 37 intensive care beds, which contradicts Prime Minister Bouboub Cissé, who says there are only 20 beds. The country has only 500,000 liters of sanitizing gel, 59 infrared thermometers, and a mere 2,000 coronavirus test kits.

Clearly, these are not conditions under which to deal with a serious health crisis. And the situation is far from limited to Mali alone. None of the health systems in any of the African countries are capable of responding to an emergency like the one spreading throughout Europe. Consider just the number of physicians: whereas Italy has 41 doctors for every 10,000 inhabitants — and we see the dramatic situation in that country — in Africa there is barely 1 doctor per 10,000 inhabitants.

In addition to problems with the health infrastructure and the lack of hospital staff and equipment, mention must be made of the millions of African people especially vulnerable to the virus. The continent has more than 24 million people living with HIV who have, as a consequence, weakened immune systems. Millions of people also have tuberculosis, not to mention the millions of people who are malnourished. These are all factors that expose Africans to a potential COVID-19 pandemic across the continent.

Economic Dependence in Times of Crisis

But Africa is not only threatened by a potential health disaster; it is also threatened by the catastrophic economic consequences that are linked to the pandemic, whose epicenter is now Europe. According to the United Nations Economic Commission for Africa, the continent’s economic growth for this year will fall from 3.2 to 1.8 percent. Moreover, the closure of economies in the main imperialist countries is already sparking the devaluation of certain national currencies, which will have direct consequences on payment of national debts. The slowdown in the Chinese economy will also have consequences for demand of African raw materials.

Africa’s underdevelopment exposes millions of lives to the health emergency that the entire planet is facing. But African underdevelopment is not the result of “chance” or “natural laws.” It is the result of years, centuries, of colonial and imperialist domination, in which France has been and continues to be one of the main actors. The handful of imperialist powers that dominate the planet have kept the African continent in complete underdevelopment through the systematic plundering of its natural resources, the exploitation of its labor force, and alliances with the completely reactionary local ruling classes that maintain fierce control over the exploited in their countries while at the mercy of the interests of foreign capitalists.

A Health Crisis Aggravated by the Imperialist Presence

France has played and still plays a very special role in maintaining this pernicious situation for the workers, peasants, and all the oppressed people of Africa. Not content with plundering Africa’s natural resources, French imperialism maintains a permanent military presence in several countries on the continent. This is not only to guarantee control of the raw materials French multinationals need, but also to ensure the domination of geopolitically strategic regions that are in conflict with other powers. Thus, between its permanent military bases and missions such as Operation Barkhane in the Sahel region,1Translator’s note: Operation Barkhane is an “anti-insurgent” mission by a 4,500-strong French military force in five former French colonies: Burkina Faso, Chad, Mali, Mauritania, and Niger. France has more than 9,000 soldiers deployed in Africa, particularly in its former colonies.

The African independence movements — when not sabotaged from within by agents of French imperialism — did not overcome French economic, political, and military domination. On the contrary, French colonial policy was to prevent the colonized territories from becoming economically autonomous and thus developing. In this way, independence meant only the “freedom of the slave to die of hunger,” and nominally independent nations remained completely dependent on France.

One of the mechanisms of this submission was debt to international institutions such as the World Bank and the International Monetary Fund, as well as directly to the former colonizing country. In the case of France, there is the “CFA franc system” (Financial Community of Africa), a common currency, similar to the euro, used by several of its former colonies. The system allows Paris to maintain direct control over the national currencies of its former colonies.

Thus, in the face of the pandemic that threatens Africa, we see French imperialism in no way part of the solution, but rather is an integral part of the problem. It is the years of domination and submission of African countries that make them more vulnerable to the crises with which they are threatened.

The military presence of France and other imperialist powers on the continent deserves special mention. This permanent military presence is not only a source of arbitrariness, crime, violence, gender and sexual harassment, and humiliation; it is also, in the current context, a source of contamination for local populations. In fact, Djibouti confirmed last week that its first case of COVID-19 was a Spanish member of a military mission. How long before infected soldiers deployed from France arrive at one of their missions abroad and contaminate the local population?

This is why we must demand, more than ever, the withdrawal of all French troops from Africa and all the territories where they are deployed to protect the interests of the super-rich, who are the same people responsible for the destruction of hospitals in France and who thus expose millions of people to the dangers of the pandemic.

The French workers’ movement must also demand the cancellation of the debt of African countries. These debts have already killed enough people on the continent.

In France itself, we face a very serious crisis in how the pandemic is being managed. While millions of people are confined to their homes, others are being forced to work to produce low-priority goods. Meanwhile, hospitals lack masks, sanitizing gel, ventilators, beds, and staff. If hospitals and industries were under workers’ control, hygienic conditions could be imposed to protect workers’ health, and production could be transformed to respond to the health crisis. This could be a first step in building international solidarity so that no country lacks the equipment needed to deal with the epidemic.