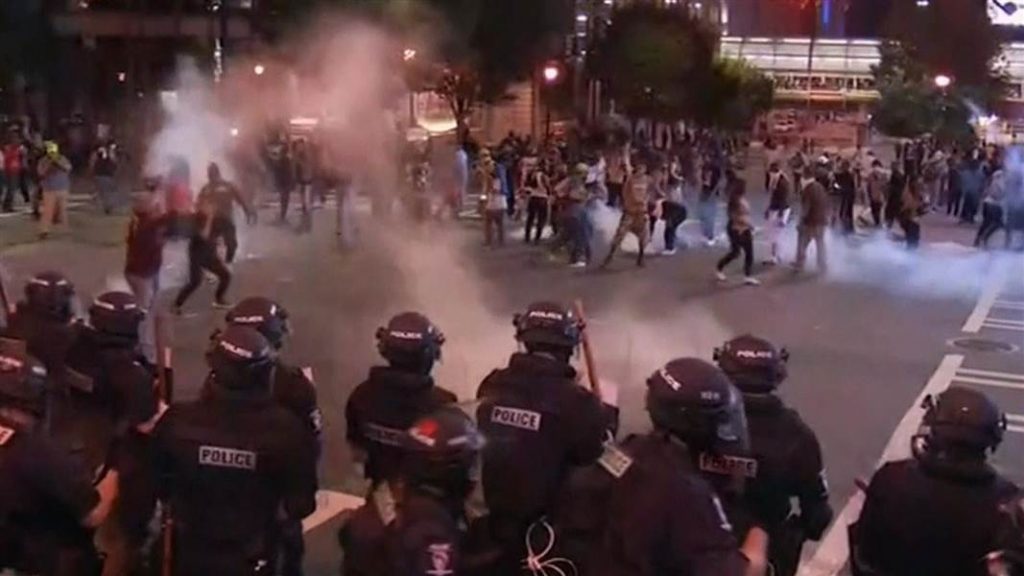 Protests erupted in Charlotte, North Carolina for a second night in a row after police shot Keith Lamont Scott while he was reading a book in his car. Scott was 43 years old, Black and disabled. This is only a few days after the release of front-dash and aerial videos that captured the murder of Terence Crutcher in Tulsa, Oklahoma. In the videos, Crutcher is clearly shown with his hands up, but is still shot dead by the police. Less than a week ago, the police also shot 13-year-old Tyree King in Columbus, Ohio. He died in a children’s hospital a few hours later. The murder of all three of these Black people has given rise to a new wave of Black Lives Matter protests.

These recent events come alongside symbolic acts against police violence by professional athletes, most prominently 49ers quarterback Colin Kaepernick, who has kneeled repeatedly during the national anthem. Athletes throughout the country have raised fists or taken a knee–from NFL players to high school football and volleyball players. Even members of a school band recently took a knee during the national anthem.

In response to Scott’s murder, the people of Charlotte are taking to the streets. Police have fired tear gas; some protesters threw rocks. Late Tuesday night, protesters blocked interstate highway I-85 and set fire to boxes in the street.

According to authorities, during Wednesday’s demonstrations a protestor was shot by a civilian. Some tweeted that the protester was actually shot by a cop.

North Carolina Governor Pat McCrory declared a state of emergency and called in the National Guard, following a pattern of state repression in cities where the Black community and youth dare to rise up against police murders. Thousands of police, state troopers, and the National Guard were deployed in Ferguson and Baltimore to squash protests after the murder of Michael Brown and Freddie Gray. 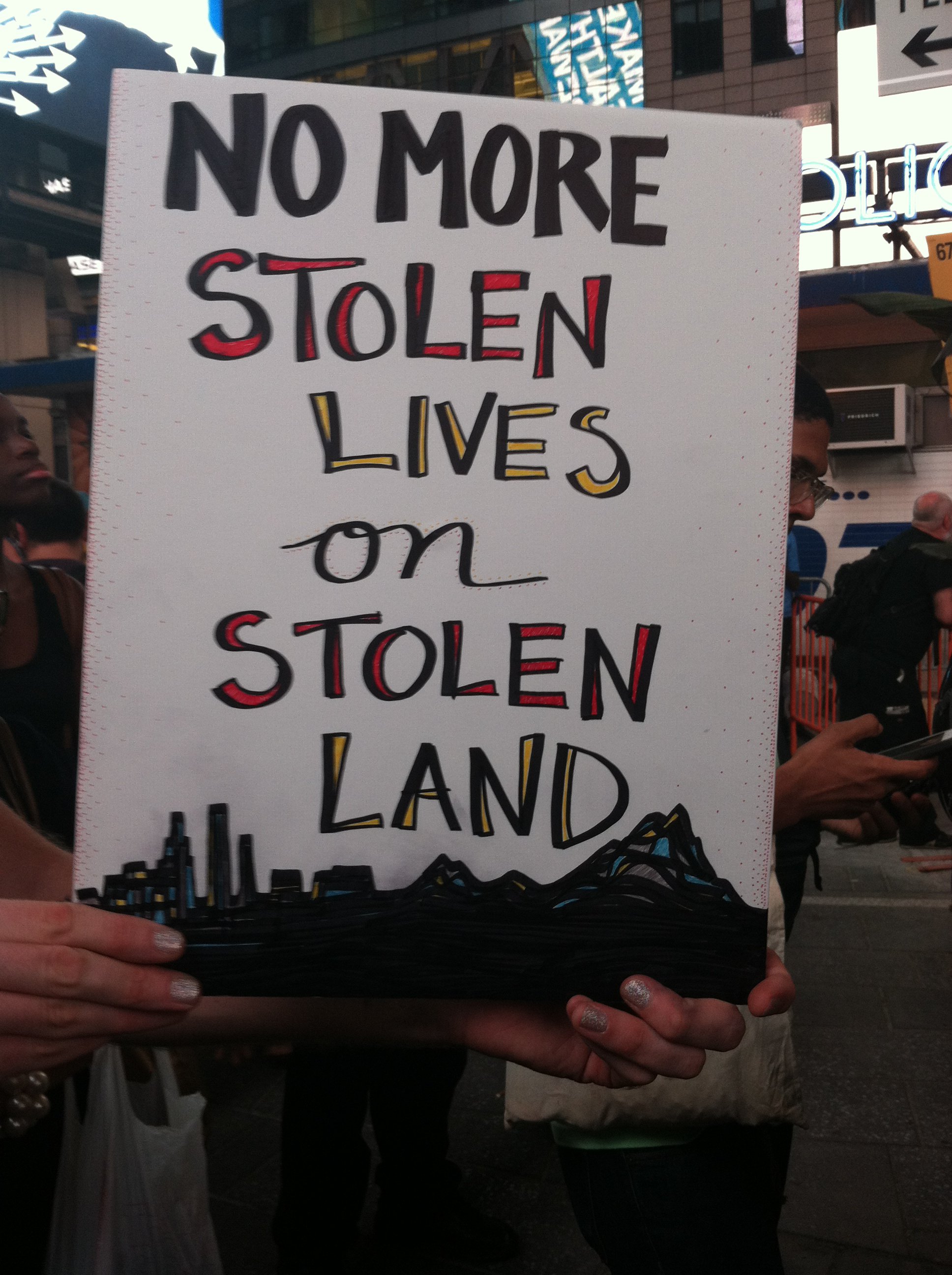 Yesterday, demonstrations also took place around the country. In New York City, protesters gathered at Union Square and marched to Times Square and back down 6th Avenue. They chanted, “Black Lives Matter, Brown Lives Matter,” and, “Our streets, our blocks, we don´t need these killer cops!” The 100+ protesters marching on the sidewalk were heavily policed by several dozen cops on motorcycles, several dozen police vans and police that accompanied the protest on foot. It was the police, not the protesters, who blocked traffic in Manhattan last night. Another protest is schedule to take place on Saturday at 5 pm, Columbus Circle, Manhattan. 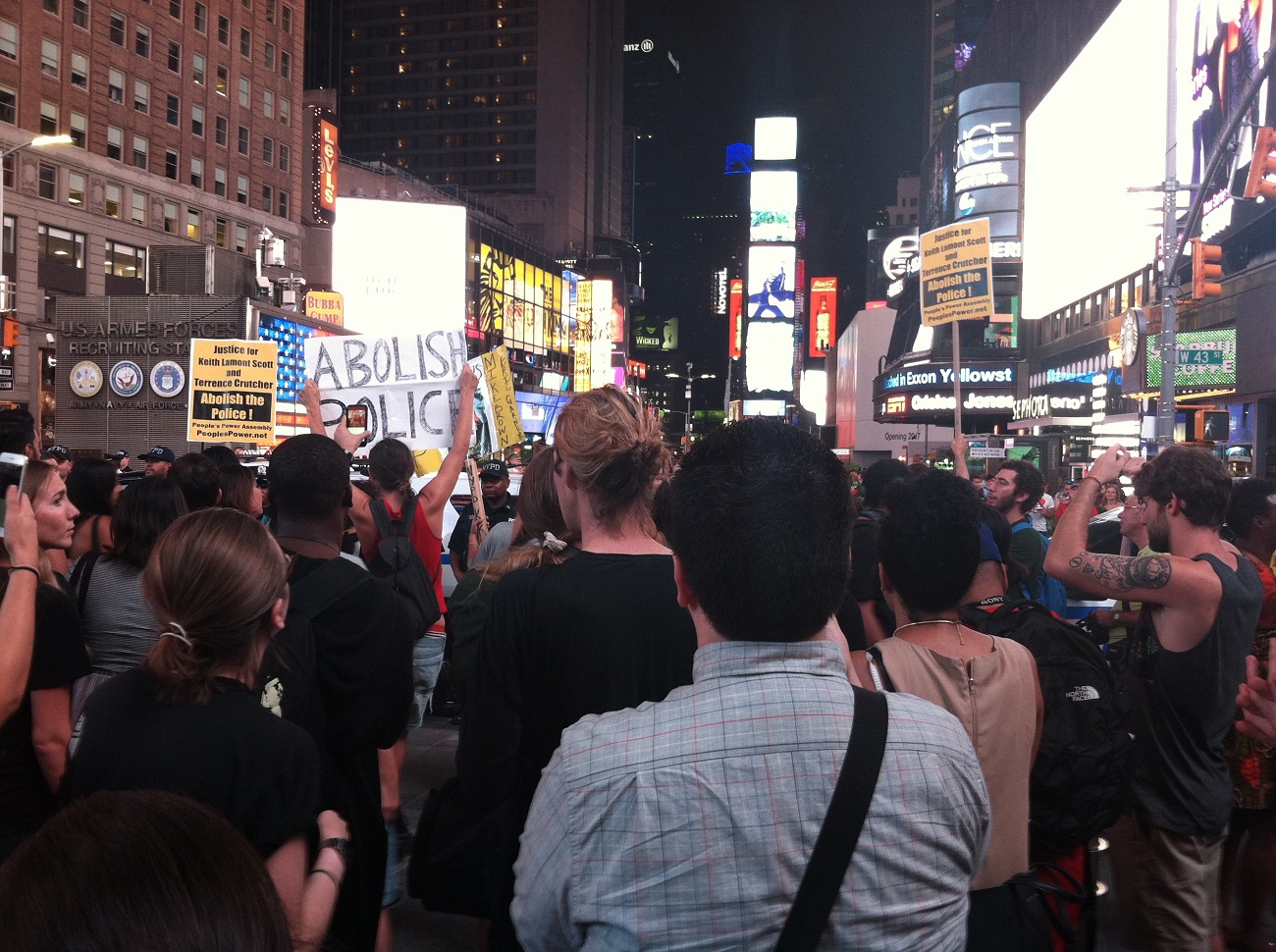 According to the Washington Post, police have murdered 706 people this year— disproportionaely people of color, many of whom were unarmed. We must support those who take a knee in a symbolic statement of resistance to police violence. We must take the streets, showing with our bodies and our slogans that we will not accept more Black lives ended by the racist police force. We must organize to win; we must show our strength. We demand that AFL-CIO and other unions that organize millions of workers stop taking a passive stance to police killings and call for a national strike against police violence. We call on all rank-and-file workers to push for work stoppages as a response to police terror.

We can find inspiration for a strike against police terror with prisoners around the United States. Since September 9, the 45th Anniversary of the Attica rebellion, prisoners around the country have been on strike; 29 prisons in 12 states held strikes and 24,000 prisoners have missed work. Those of us who are not imprisoned can take inspiration from these bold actions by prisoners who are using their power to fight for their rights, even while they are encaged. We can use our power as workers to stop police violence, to shut down production and to truly SHUT IT DOWN. Enough is enough. We have nothing to lose but our chains.