Italy signs a new trade agreement with China. What does this mean for China’s relationship with Europe? 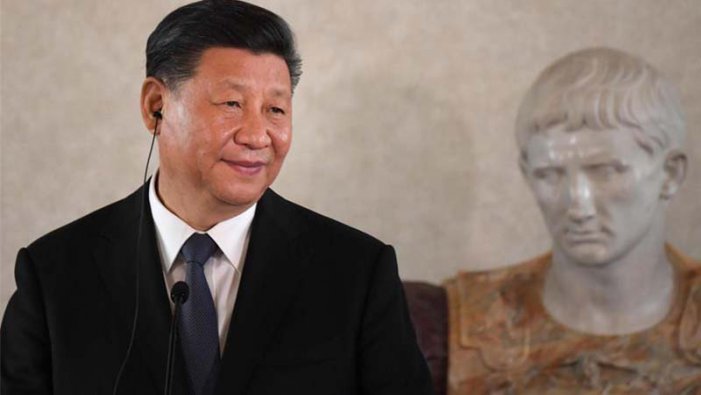 Italy is the first G-7 country to join China’s so-called Silk Route, officially known as the Belt and Road Initiative (BRI). This development alarmed Italy’s European partners and in the White House, as it represents an advance for the Asian giant in Europe.

The Washington Post reported: “Some seven centuries after the legendary Venetian explorer and merchant Marco Polo embarked on his odyssey to China, Beijing’s emissaries are establishing a beachhead of their own in Italy.”

Until a few years ago, BRI amounted to a project for constructing infrastructure in China’s neighboring countries. Today, however, it has become a more expansive project on all five continents. China is now building transport infrastructure, oil and gas pipelines, and power plants, as well as negotiating trade agreements, investing in foreign enterprises and sponsoring cultural activities. According to Alice Ekman, a researcher on China at the French Institute of International Relations (IFRI), BRI “no longer only includes roads, rail routes, ports, airports and transport infrastructures. It also includes standards, customs, courts, e-commerce. … Basically, it is a label that can be stuck on a whole range of projects.”

The arrival of China’s President, Xi Jinping, in Rome was greeted with enthusiasm by the Italian government and the media. But it generated some friction within the government coalition, composed of Matteo Salvini’s Lega Nord (Northern League) and the Movimento 5 Stelle (5 Stars Movement) of Luigi Di Maio. The latter has been the main defender of Italy’s agreement with China. On the other hand, Salvini did not oppose it, but also warned that Italy must avoid “colonization.”

The agreement signed between the two countries includes 29 commercial deals “potentially” valued at 20,000 billion euros. Although China’s investment in Italy is still lower than in other European countries, it was presented as a strategic pact, with much pomp and ceremony. Among the commercial agreements signed, “the deal between the Ministry of Agricultural Policies of Italy and the Internet shopping giant Alibaba stands out, as it will allow China to import Sicilian oranges.” But China is more interested in investing in the Italian ports of Trieste and Genoa, in an effort to reinforce the strong presence it already has in Greece, where the Chinese shipping company Cosco manages a large part of the port of Piraeus. This port is on track to become one of the most important in Europe and the Mediterranean region; China considers it their European “dragon’s head.”

At the same time, China offers to renew the financial flow for Italy, at a time when public debt has reached 130% of GDP and when the country has officially entered—in the last week—in “technical recession” after two months of negative growth. This is the third time that Italy has entered into a recession since the beginning of the crisis. The first time was during the second quarter of 2008 until the third quarter of 2009; the second recession was experienced from the third quarter of 2011 to the third of 2013. With the fall of Italy’s GDP, the recovery of European GDP has stalled. In fact, Germany was also about to enter into technical recession, which it narrowly avoided. Even so, the main European economy had to cut its 2019 growth forecast from 1.8% to 1%.

On March 12, the European Commission had defined China as a “systemic rival that promotes alternative government models.” Now, in the midst of failed negotiations on Brexit, the move from Italy opens another gap among the European Economic Community’s partners.

The Italian editor of the Washington Post noted that “in pursuing the Belt and Road deal, Italy’s populist government is breaking ranks with the most powerful countries of the West, the Trump administration’s wishes, and highlighting the unsettled debate within Europe on how to deal with China’s globally expanding ambitions.”

Xi Jinping’s tour took him from Italy to France, where he had an meeting with President Emmanuel Macron, Germany’s Chancellor Angela Merkel and Luxembourg’s Prime Minister Jean-Claude Juncker. The French president distanced himself from China, saying: “We have our differences.” He added, “Obviously, the exercise of power throughout the history of humanity is not without rivalries, we are not naive, but we respect China and are committed to dialogue and cooperation.” The “differences” did not prevent Macron from signing new commercial agreements with China, which included the sale of 300 Airbus airplanes for more than 30.000 billion euros.

Juncker, meanwhile, demanded greater “reciprocity” in commercial relations between the European Union and China. With the goal of restraining China, Brussels laid obstacles for China in the EU, preventing Huawei, the Chinese mobile phone company, from installing 5G networks in Italy. While France and Germany see China as a great business opportunity, they also seek to prevent it from becoming unstoppable. The increase in Chinese investments in Eastern European countries, where Euro-skeptic political formations are growing, is also a fact to be taken into account.

This issue generated even more discomfort in the White House. The National Security Council did not take long to respond via Twitter:

Italy is a major global economy and a great investment destination. Endorsing BRI lends legitimacy to China’s predatory approach to investment and will bring no benefits to the Italian people.