From Minneapolis to Sacramento: Teachers Teach Us How to Fight Back

As the education workers’ strike in Minneapolis has come to a close, now teachers in Sacramento are coming up on one week of being on strike. Teachers around the country are continuing to fight for better working conditions, increased wages and benefits, and defending public education. Teachers are showing us all how to fight back. 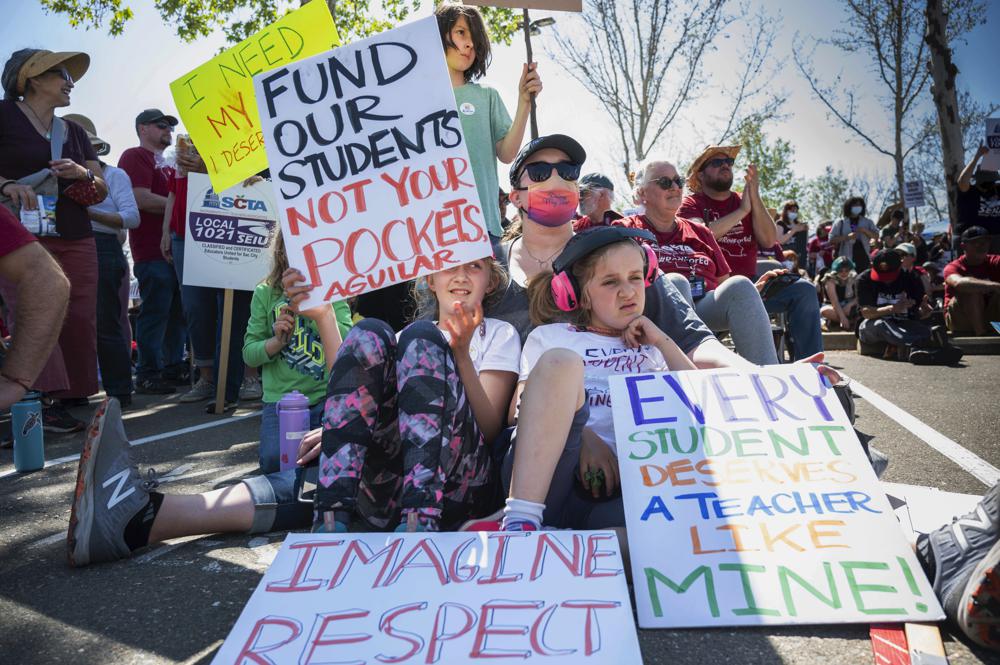 Teachers have taken the lead in the fight against inflation, precarious working conditions, racist education systems, and the lack of resources for public education in America. This time it is the Sacramento teachers who have been on strike for a week.

Three years ago, these same teachers in Sacramento staged a 24-hour walkout to defend the contract that education officials signed in 2019 but refused to honor. The walkout culminated in a rally at the district building where thousands of educators accompanied by the community gathered to demand that the district honor the contract.

Perhaps inspired by combative teachers in recent struggles seen in the U.S., such as in Chicago and more recently Minnesota, and aware of the strength of the union and the power of struggle, this time Sacramento teachers are fighting for a wage increase in line with inflation, to keep the health care plan they have, and to increase the support available to their own students.

The Sacramento City Teachers’ Association (SCTA) announced the strike last week in a demonstration where at least 25,000 people gathered, showing the strength of the teachers’ struggle and the degree of  community support.

As in Minnesota, it is clear to working class communities the role that teachers have played during the pandemic and continue to play, as well as the importance of defending their working conditions and public education.

The Sacramento City Unified School District has 48,000 students in 81 schools. In the district, cafeteria workers, bus drivers, and instructional aides are fed up with being asked to do more work with less pay. Many teachers must take other jobs to pay the bills.

It’s a problem that goes beyond Sacramento; teachers in California and elsewhere were pushed to a breaking point by the pandemic and a shortage of more than 11,000 credentialed teachers and thousands of support staff. Instead of encouraging teachers to rise up against these abysmal working conditions, lack of staffing, and low pay, groups that claim to support teachers’ interests like the National Education Association (NEA) are recommending that teachers make ends meet by renting their living spaces through AirBnb, promoting this partnership as some kind of victory.

In this context, teachers in Sacramento are especially outraged with the Superintendent Jorge Aguilar. On Tuesday, the United Public Employees launched a letter calling out Aguilar that includes a survey that shows that more than 70 percent of its members believe the union should take a vote of no confidence in the superintendent Jorge Aguilar, and that more than 40 percent of UPE members support the SCTA strike. But despite a lack of support, Aguilar recently got a raise of $34,126, earning him a whopping total salary of $414,818. This raise was enacted while the District is pleading poverty for  teachers demanding better wages.

Yesterday, the superintendent for the Sacramento City Unified School District and the union representatives attended negotiations. Union members first gathered for a rally outside the Serna Center before bargaining teams for the Sacramento Teachers Association and Service Employees International Union 1021 entered the district building.

The battle in Sacramento is heating up and previous teachers’ struggles, such as the one in Minnesota, show that we can win and we can go for more if we rely on our own strength and organization. It is inspiring to see teachers fighting back, and we must prevent these struggles from becoming nationally isolated. As teachers around the country continue to rise up, there are opportunities to support each other’s struggles— for example, teachers from Minneapolis reaching out to support striking teachers in Sacramento. Additionally, the leaderships of teachers’ organizations, such as that of the American Federation of Teachers (AFT), should go all out for the strike, throwing money into the struggle to support teachers in Sacramento. But support should go beyond this singular action by declaring solidarity across the country. Unions across the country should mobilize to make this fight a success and help teachers fight to defend public education nationwide.