In the last 35 years of LGBTQ+ struggle, we have won more rights. But we have also seen greater institutionalization, co-optation, fragmentation and depoliticization of the LGBTQ+ movement. How can we revolutionize the queer struggle? 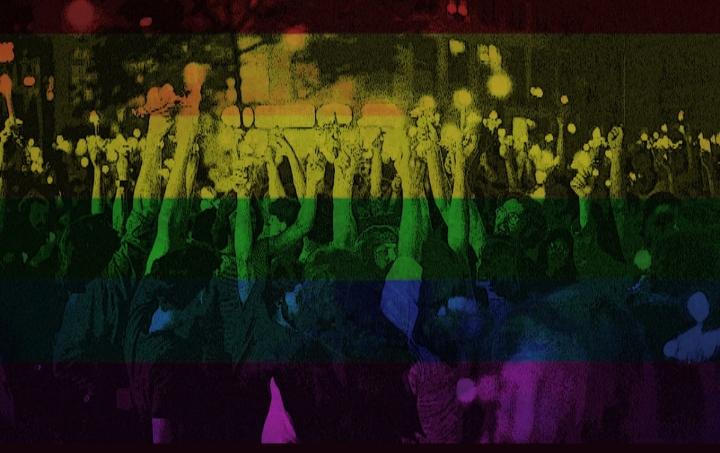 The struggle for LGBTQ+ rights in the 1970s took place in a context of repression, media defamation and, in some cases, criminalization. LGBTQ+ organizing brought about progress in some countries, making gains like the abolition of some discriminatory laws and an end to the pathologization of queer people. During the neoliberal restoration of the 1980s—as the working masses suffered high rates of unemployment, an increase in precarious labor, and attacks on trade unions—oppressed people in Europe and the United States won some minimal rights and increased political representation. This was the beginning of a process of inclusion of people who had previously been excluded from the capitalist regimes. Another dimension of this process was greater institutionalization, co-optation, fragmentation and depoliticization of the oppressed—including gay and lesbian people—during the ascent of the neoliberal offensive.

The neoliberal offensive and the inclusion of the more moderate sectors of the LGBTQ+ movement in mainstream institutions, are critical to understanding the conservative drift that followed. In the 1980s, the movement went from the offensive to resistance, and later,  to institutionalization. Today, much of the LGBT movement has abandoned the struggle for the radical transformation of society as a whole and is focused on the struggle to create “safe” institutional spaces, moving from the streets to non-profit offices. The sectors that didn’t accept this domestication were met with increasing repression. The struggle became primarily defensive and the radical queer movement was confined to the margins. But to understand the institutionalization of the queer movement, it is necessary to discuss the HIV crisis of the 80’s.

Don’t take any right for granted

In the early 1980s, hundreds of thousands of LGBTQ+ people were struck by the HIV/AIDS pandemic, affecting queer populations all over the world and causing particular devastation to LGBTQ+ communities in semi-colonies. At the same time, the Christian right was organizing against feminist and sexual liberation movements, working hand in hand with the Vatican and neoconservative political sectors. The AIDS epidemic —considered a “divine punishment” by fundamentalist sectors—terrorized the gay community. The epidemic was also cruelly stigmatized, leading to increased discrimination, marginalization and violence against queer people.

The policies of the major pharmaceutical companies and government health ministries left thousands of people to die—including much of the vanguard of the LGBTQ+ movement. As a result of the mobilizations of LGBTQ+ people, various anti-discrimination initiatives and health programs for people infected with HIV/AIDS emerged. Yet, this tilted the movement’s strategy away from political organization and toward NGOs, offering services for those infected and relying on big donors. As with the feminist movement, this dynamic was decisive for creating a group of NGO bureaucrats who emerged from the movement and became administrators of funds, government technocrats, paid activists and directors of foundations.

At the same time, the unity of all people oppressed because of their sexuality was questioned, especially by lesbians, trans people, Black people, Latinxs, etc. Unity on the basis of sexual identity was shown to be an illusion, as the movement’s power was concentrated in the hands of gay, cisgender, white, middle-class men. This was repeated, in its own way, inside the feminist movement. The response to this phenomenon, however, was not organizing around a common program and political perspective, but an explosion of organizing based on identities.

In the midst of this fragmentation, new postmodern ideas emerged based on the premise that identity is coercive, prescriptive and repressive. Postmodern politics aimed for subjective, lifestyle changes and linguistic-cultural deconstruction.

In a little more than a decade, the movement for sexual liberation was transformed into the institutional LGBTQ+ movement, prioritizing representation rather than the radical fight against the system that represses sexuality and gender nonconformity and is the cause of exclusion, discrimination and oppression. The result was the dismemberment and depoliticization of the movement, limiting it to sporadic appearances at diversity celebrations like Pride, and lobbying companies, capitalist politicians, and international organizations.

This is how we arrived at the current situation, in which sexual liberation is reserved for people in certain income brackets. Between forbidden desire and commercialized desire, the idea of emancipation through consumption is reinforced in the service of the social order. Control over the bodies of others, the imposition of binary genders predefined by the genitalia, heteronormative sexuality, and cisgender conformity aren’t natural—they serve the interests of the social class that organizes society. Permanent sexual repression under capitalism plays an essential role in the relationship between oppression and exploitation and indicates where we need to look for the basis of a sexual revolution.

So Is The Queer Struggle Revolutionary? It Can Be

As a multi-class category, the LGBTQ+ movement is confronted with a multitude of antagonistic interests. When the rainbow flag can be so voided of subversive meaning as to be used to sell all kinds of products during the run-up to Pride, and when it is used to mask the genocidal face of the Israeli state, it becomes evident that within the queer community there is also class struggle.

Although the movement has made undeniable progress, it is completely insufficient in bringing about substantive changes in the living conditions of the large majority of queer people. This is especially true in the case of trans people, who face an unemployment rate of 85 percent and high rates of prostitution. In the context of an extended capitalist crisis, not only are many democratic rights under threat, but the living conditions of the working class are getting worse. Meanwhile, this class is becoming increasingly diverse, less white, and more female.

When fighting back against the bourgeoisie’s hegemony within the queer community, the possibilities of forging alliances with the rest of the working class represent an enormous potential. Fifty years after Stonewall, despite setbacks in the class struggle and the co-optation and institutionalization of the movement, decades of struggle by generations of queer militants make it easier to recover a revolutionary subjectivity.

By looking to the diverse working class that keeps the world running and by fighting for a program that confronts capitalism, there is a possibility that the LGBTQ+ movement will once again play a revolutionary role as part of an alliance that unites the oppressed and exploited. This is one of our greatest weapons: to unite what the capitalists are trying to separate at all costs.

We want more than tolerance of our existence in exchange for our silence. We want more than rainbow capitalism. Discrimination against the most exploited sectors of our class persists, and the bourgeois state increases its repression in its rightward shift.

We do not want to be tolerated. We want the radical transformation of a capitalist society that, after centuries of exploitation, oppression, war, hunger, and imperialism, deserves to be thrown into the dustbin of history.

Roberto is a history student at the University of Zaragoza. He writes for our sister site in the Spanish State, IzquierdaDiario.es.