Furniture that Tells a Story: The Capitalist Destruction of Craftsmanship

Capitalism has made craftsmanship of furniture into something that only the rich can afford. This means that the working class is being forced to settle for cheap and disposable furniture with no sentimental or material value. But we don’t have to live this way. 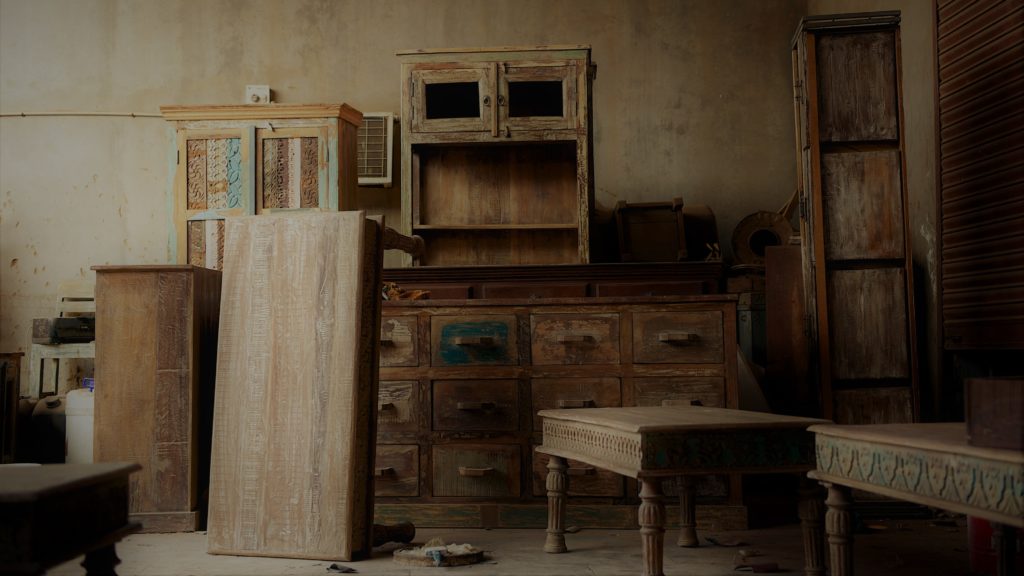 A fundamental human trait is our ability to tell stories.. It is one of the main connections that we have to one another, and that storytelling manifests in everything around us. This is seen so plainly in the art of craftsmanship. When a carpenter makes a chair, regardless of quality, there is a story there. Even with a chair of poor quality, we can see the marks of a carpenter learning their trade. At the other end of  the spectrum, in the chair of master carpentry, you see all the detail and care and love that has gone into the chair. There you see the marks of someone who has an awe-inspiring understanding of their trade, not to mention the story that each little detail tells. The items are built to last and endure, not just take up space in a landfill.

As long as I can remember, my parents have owned a beautiful dining room set, that they passed down through the family for generations. Over the years we have had to repair parts as they get worn out and put a couple of cardboard shims under the legs as they wear down, and there is one end of the table that dips down slightly from where my brother would rest his heavy elbows down while he was eating, because that was always his seat. If you looked at the table now it looks like an old antique table that has been used for who knows how long, but it endures because it is cared for because it holds stories that are important to my family

If we look at the way that furniture is constructed  now, things seem rather dire. Now tables and chairs are made with plywood and held together by the weakest, cheapest screws that the manufacturer can sell to you at the most expensive possible price they can sell it to you at. However, furniture made with care is made so that the pieces interlock and are reinforced so the connection between two pieces of wood is just as strong as the wood itself.

At the same time, furniture doesn’t always need to be about telling stories; it can be simply producing a much needed shelf. In this sense,  the advancements of capitalism cannot be understated in any way. The advancements technology and infrastructure made through capitalism have made the quality of life for the developed world extremely better, mostly from the nature of overproduction. Overproduction has made access to material objects  more readily available to the general public; it is easier than ever to go out and get a chair, a table, a shirt. However, capitalism has also taken the art and the means of production out of the hands of the working class. Now the ruling class controls not only the production, creation and market but also the very art itself.

However, at this point in capitalistic development if you go out and buy a chair or a table, you’ll go to Ikea or some other ‘big box’ store to buy a table made from cheap material that looks like every other table that was “in” that year. You will then find yourself going back next year to buy a new table because the table functioned exactly how it was designed: it lasted just long enough for you not to be upset with Ikea but short enough for you to come back next year and spend more money on another table that is made of cheap material that  will break again in another year or two. The planned obsolescence of most of the things we buy forces the working class consumer to be constantly spending their money just so they can have somewhere in their home to sit down. Ironically, this is the brilliance of capitalism: everything is now designed to break, be near impossible to repair, and push you towards buying the newest model. Apple, for example, not only purposely designs all of their products to be almost impossible to repair, but they also spend millions putting a choke hold on the “phone repair” market, lobbying the government to make sure that phone repair business have pretty much no foothold. All of this has now essentially taken all the developments made under capitalism and turned them on their head. Advancement has been taken and replaced with an insatiable appetite for consumerism. Consumerism that has been designed, manufactured and implemented by the very businesses that profit from it. That is the crucial detail here; the demand is being created by the very people who are creating the supply. This is not the fault of the working class, when you only have the option to shop at Ikea or any of these other big box stores then there isn’t an option. The working class has been forced into a system of planned obsolescence.

The art of craftsmanship, artisanship, and repair is being crushed and disenfranchised by capitalism. Which further strips away and diminishes the freedom of the working class.   As Karl Marx puts it in The Communist Manifesto “Owing to the extensive use of machinery, and to the division of labour, the work of the proletarians has lost all individual character, and, consequently, all charm for the workman.” In this context, furniture has lost its artistic element except for the very few.

For an example of this,let’s take a look at Netflix’s show The Repair Shop. If you have never seen the show, the premise is simple:a handful of expert craftsmen in certain fields all work out of a cute farm house in England while customers bring them old antiques and mementos that have broken. The members of the titular repair shop then work together to repair the item. One of the many fascinating aspects of the show is that each item brought in is unique, each repair needed unique, and most importantly each story behind that item is unique. All of the items brought in hold value to their owner’s past beyond what they are monetarily worth. In fact, much of the time, the customer never bought it; it was passed down to them, and passed down with a story. This is one of the most crucial aspects that is lost from the ruin of craftsmanship: items don’t carry a story anymore.

I understand that this may seem to be naive praise for  “how we did it in the old days”, and that is not my intention. The advancements in manufacturing are great and can’t be understated. However, in the constant push for capitalist ‘development’ of the marketplace and the need to overproduce, the ability to produce furniture as art and to afford to have have artistic furniture in our homes is reserved for a select few. That is the trap of capitalism that is how the rich have forced the working class to settle for less. Why make a table or a cabinet that will last and endure when instead you can produce cheap and disposable furniture? Then the working class will have to go to Ikea and buy a table that is made from materials one step above cardboard because that’s all they can afford. Then you, as the producer, can wait around for it to break in a year when it will be thrown into a landfill and they have to go spend their money to get another one because what else are they going to do — eat on the floor? Thus the cycle continues. We have been forced to sacrifice our ability to create and imagine for comfort and ease. We gave up on repairing things and building things that stand the test of time and traded it all for landfills filled with broken plastic dressers that will sit their long after we are dead. We have now gotten to a point now where the work and the art of the working class is considered inconvenient and unnecessary. We don’t have to live this way. Capitalism has forced us to give up craftsmanship and artistry, force us to give up the time it takes to make something that lasts and tells a story but we don’t have to live that way. We can create a better world where the items that inhabit our homes aren’t just as empty and meaningless as the system we live in.