The coup in Sudan on October 25 is reactivating popular demonstrations. Several sectors of workers have already joined in a general strike, and a massive mobilization throughout the country is expected on Saturday. 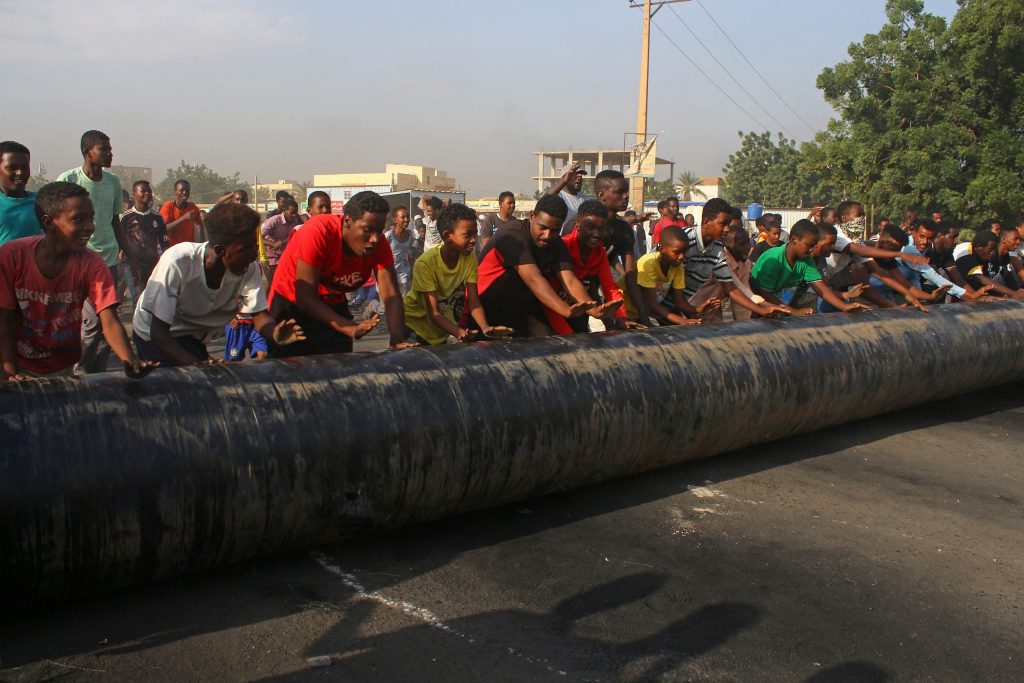 In a coup d’état on Monday, October 25, the Sudanese military dissolved the transitional government and arrested Prime Minister Abdallah Hamdok and several ministers from the civilian wing of his government. General Abdel Fattah al-Burhan, who was already at the head of the “transition” process, has now become the country’s “strongman.” But on the day of the coup, thousands of people took to the streets in the country’s major urban centers to demonstrate against the military junta’s takeover.

Neither the coup nor this unfolding resistance has fallen from the sky. Indeed, for weeks beforehand, the tension and divisions within the transitional government established in 2019 were growing stronger. That government had been an attempt at “compromise” between the military from the former regime of dictator Omar al-Bashir, representatives of “civil society,” and the leaders of various armed dissident groups. It was a compromise insisted on by the local ruling classes linked to the imperialist powers; they were seeking a way to end the popular mobilizations that had been increasing since the end of 2018 — and that did not back down despite being brutally repressed.

Thus, faced with increasingly strong threats of a coup, which included pro-coup demonstrations, parts of the Sudanese population had already begun to demonstrate against the military. Once the coup actually materialized last Monday, it compelled thousands of youth, women, and workers to hit the streets in protest — reminiscent of the 2018–19 mobilizations. In several Sudanese cities, resistance committees have even been formed. As one protester told the Washington Post, “At the same time, resistance committees were formed in several cities across the country. “The Sudanese people have been through multiple revolutions. But now we are ready to resist. We’ve learned how to barricade, how to empty the roads, and then come out in numbers.”

What gives even more strength to this resistance is the call for a political general strike by the Sudanese Professionals Association (SPA), which played an important role in the 2018–19 movement. Within a few hours of the call being issued, important sectors of the working class had already announced they would join the strike. This includes public-sector workers, oil workers, pharmacists, doctors, teachers, lawyers, bank employees, and railway workers.

The working class is thus not only becoming more organized in resisting the coup, but is concretely demonstrating its strength by disrupting and blocking the functioning of the national economy and the economies of Sudan’s neighbors. As Bloomberg explains,

Combined exports of 130,000 barrels of oil a day from both Sudan and South Sudan are at risk if the crisis persists, industry consultant FGE said in a note. The landlocked south, which produces the vast majority of that figure and pumps about 156,000 daily barrels, exports its crude through a pipeline to Sudan’s Red Sea coast. Oil is its almost sole source of revenue. Operations of Sudan’s only refinery in Khartoum, which receives southern crude, face some of the greatest risk from the unrest, according to FGE. There could also be a threat to the country’s wider oil infrastructure.

No wonder the junta decided to resort to violent repression right off the bat, killing at least 10 and injuring another 150 people on the first day of protests. The military also cut off internet access and telephone communications to make it more difficult for protesters to coordinate. Dissolving the trade unions by decree, another step taken by the military, has by all accounts had little effect.

The repression has not kept the working class and youth from organizing themselves, not only through the resistance committees but also with some real ingenuity: absent internet connections, the call for the general strike was broadcast from the loudspeakers of local mosques! In some regions, the workers themselves have managed to reconnect the internet.

Big demonstrations are expected on Saturday, aimed at bringing down the military government. For the moment, how the military will react, or just how big the demonstrations will be, are impossible to know. But one thing is certain: today, it is the workers and the youth that constitute the main opposition to the junta.

One crucial aspect of all this is that the Sudanese working class, women, youth, and poor masses must not put any confidence in the imperialist powers and their local agents who claim to be against the coup. They must avoid at all costs the trap that was set in 2019 with the creation of the transitional government with the military as a part. The United States, European Union, IMF, and World Bank all want a return to that situation. But for the workers and the poor masses, that would be a dead end. It was that very “compromise” government, put in place in 2019, that allowed the military and the members of the old regime to keep most of their political and economic power and then, when they were ready, overthrow the fragile “transitional” government. It was the transitional government that negotiated with international donors for loans in exchange for anti-worker austerity measures.

For the working class and youth, it is instead a question of organizing independently in workplaces and the working-class neighborhoods. The resistance committees could be a start. Only by organizing independent of the local bourgeoisie will the working class be able to champion its own political and social demands and those of Sudan’s various oppressed sectors, such as women and the country’s ethnic minorities. Going through that experience could also be a first step toward birthing a political organization of workers and the oppressed that fights to overthrow Sudan’s murderous, exploitative system.

First published in French on October 28 in Révolution Permanente.