#GeneralStrike: After a Summer in the Streets, Americans are Ready for Something More

The U.S. Senate has taken a recess until September without passing any stimulus package to aid the working people of the nation. Abandoned and enraged, U.S. workers are showing increasing interest in a general strike, as evidenced by the trending hashtag yesterday. 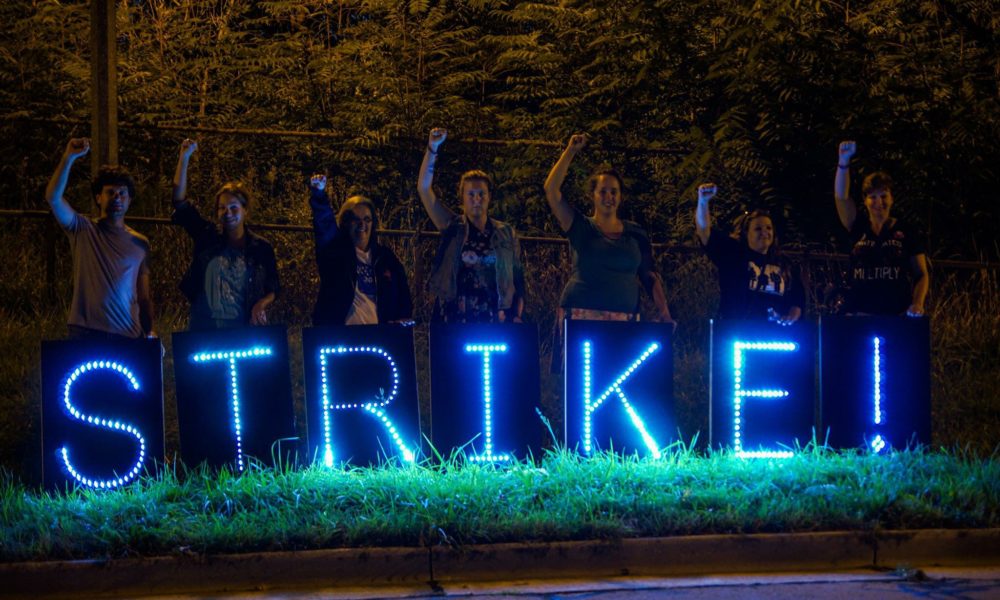 Yesterday afternoon, #GeneralStrike started trending on Twitter nationwide after Congress announced they would be taking a late summer recess (read: vacation) without passing a new stimulus package.  It was the #1 trending topic until late into Thursday night. The millions who have lost their jobs during the pandemic and millions more in need of aid have effectively been abandoned by their government, and people are angry.

Shortly after Trump announced a promise of $400 per week in federal unemployment aid (down from the $600 per week offered by the CARES Act), people currently receiving unemployment benefits in New York each received an email notifying them that no money beyond claimants’ state benefits would be distributed until further notice, pending guidance from the federal government. Even if this money does eventually manifest, many people are in urgent need of this money right now. The Twitter trend indicates an increasing awareness that the government will not protect us during this crisis, and the working class must take matters into our own hands.

While #GeneralStrike is no longer listed among the trending topics, the hashtag is still plenty active. Some tweets express generalized support for the idea, while others discuss concrete steps, share pieces of labor history, and debate tactics. A number of the tweets also show that enthusiasm for a general strike is growing not only from anger at the Congressional recess but also from increasing concern at the Trump administration’s steps to sabotage the U.S. Postal Service right before an election.

To turn #GeneralStrike into a reality, the working class must continue to organize beyond the loose structures that developed during the George Floyd protests and develop workplace and community assemblies to determine how to proceed in their own cities and towns. Unions can mobilize their memberships, and union members can put pressure on union leaders. The past several months have exposed the contradictions of capitalism and the class loyalties of the government in more dramatic ways than the U.S. has seen in a long time. Many people across the political spectrum are moving increasingly leftward as a result. Now is the time for more politically experienced revolutionaries to discuss with the people around them in earnest. The zeitgeist is shifting.