The Office for the Protection of the Constitution in the German state of Bavaria is working to denounce left-wing activists in the climate movement. The Marxist Youth of Munich explains why it won’t be intimidated. 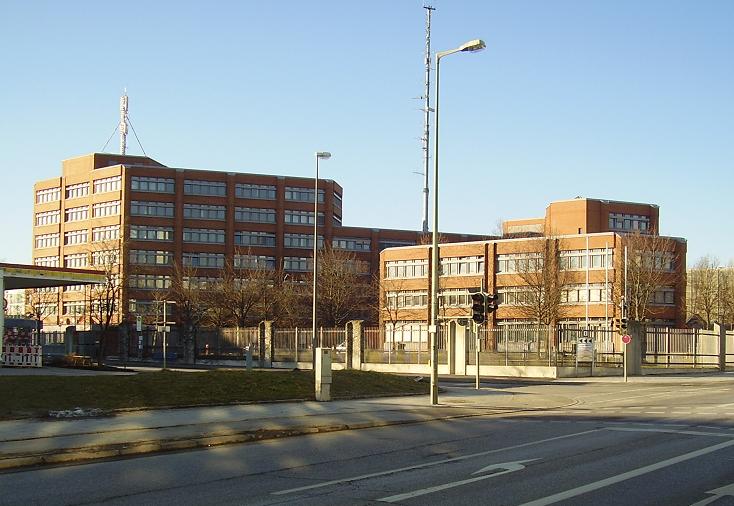 Headquarters of the Bavarian intelligence agency in Munich.

Germany’s domestic intelligence agency calls itself the “Office for the Protection of the Constitution” (VS in German). It presents itself as a “democratic” agency. But in reality it was established by former Nazi officers. This secret police agency has been deeply entangled with the “National Socialist Underground” (NSU), a right-wing terrorist organization that murdered nine immigrants over a period of nine years. In line with its history, this agency regularly denounces left-wing activists and groups whose only “crime” is working toward a society based on solidarity.

Every year, Germany’s intelligence agency puts out public reports. The Bavarian State Office for the Protection of the Constitution has just identified a new supposed threat to democracy. According to the spies, “left-wing extremists” are allegedly “instrumentalizing” the Fridays For Future (FFF) demonstrations for anti-capitalist aims. As proof, the State Office published this photo showing flags of the Marxist Youth of Munich and Linksjugend Solid (the youth wing of the left party Die Linke) at an FFF demonstration in Munich:

Particularly bizarre is that despite the intelligence agency’s statement that FFF, “as a democratically supported environmental and climate movement,” is not subject to its “observation mandate,” it does not prevent the agency from publishing its very own photograph of one of the FFF demonstrations. In other words: Of course they are observing FFF—and they would like everyone to know it as a way of intimidating people.

We staunchly oppose this attempt at intimidation—and we will not be intimidated. This is far from the first time that the intelligence service has attempted to criminalize parts of the environmental movement. In the German city of Aachen, close to the borders with the Netherlands and Belgium, police “warned” high school students against taking part in a climate strike. They did this by resorting both to false allegations and threats—a “deliberate attempt at division,” according to the Aachen FFF group. In Vienna, the police used extreme violence, including staging a mock execution, against peaceful climate activists. And this is hardly news. Since the late 1970s, when there were mass protests against nuclear power, organs of the state have carried out extreme repression against the environmental movement.

Neither the intelligence agency’s denunciation nor threats and violence by the police diminish the legitimacy of the climate protests. On the contrary, these measures call into question the legitimacy of state authority . We will continue to take to the streets and fight for our future, for climate justice, and of course against capitalism, which in its incessant pursuit of profit is destroying our lives.

The case of Kerem Schamberger showed how the intelligence agencies attempt to criminalize left-wing activists—and fail. The Bavarian Office for the Protection of the Constitution initially denied the Munich PhD candidate a university position  because of his membership in the German Communist Party. Public pressure and indignation at the university, however, forced the “protectors of the constitution” to cave, and he was able to take up his post.

The “Office for the Protection of the Constitution” has proven, especially since the scandal surrounding the NSU, which side it is on: the far right. Intelligence agencies are anti-democratic institutions. They do not protect the populace—they protect right-wing terrorists. We demand their abolition!