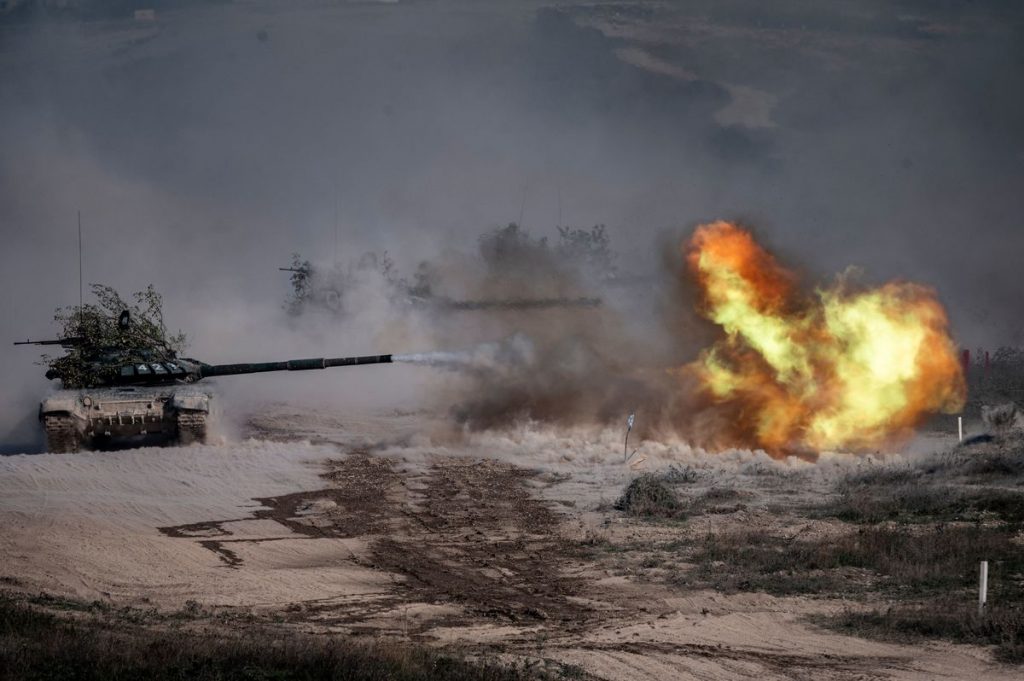 World military spending has passed US$2 trillion for the first time, according to new data published by the Stockholm International Peace Research Institute (SIPRI). Last year was the seventh consecutive year that world military spending increased; total expenditure has almost doubled this century.

The biggest military spenders cited in the SIPRI report are the United States, China, India, the United Kingdom and Russia.

The US, with just over 4 percent of the world’s population, accounts for nearly 40 percent of all global military spending. In an attempt to preserve a technological advantage over its competitors, that US funding for military research and development has increased significantly, the SIPRI report notes.

China’s economic rise from a predominantly rural society in the 1970s to a motor of the world economy today has been accompanied by a rapid expansion of its military capabilities. Last year, the Chinese government allocated an estimated US$293 billion to its military. After increasing its spending for 27 consecutive years, it now accounts for 14 percent of global spending.

Russia has attempted to strengthen its position within the imperialist order. The SIPRI report highlights that Russia increased its military expenditure by 2.9 percent in 2021 to US$65.9 billion—the third consecutive year of growth—as it built up its forces along the Ukrainian border prior to its invasion of the country in February.

Russia’s aggression toward Ukraine has illustrated that growing imperialist rivalries are also an opportunity for the US to reassert its global dominance. This has included strengthening US-built alliances such as NATO, eight member states of which met the organisation’s target of spending 2 percent or more of GDP on their armed forces in 2021 (one fewer than in 2020 but up from two in 2014, when Russia annexed Crimea). In response to the Russian invasion of Ukraine, Germany has now pledged to meet NATO’s 2 percent target (up from 1.3 percent of GDP in 2021).

The shoring up of the Australian state’s imperialist interests in the Indo-Pacific region—such as the AUKUS military alliance with the US and the United Kingdom, and increasing tensions with China around the Solomon Islands—must also be understood as part of growing inter-imperialist rivalry.

This has included an increase in military spending by 4.1 percent to reach A$44.6 billion in 2021; the 2022-23 budget pledges a 7.4 percent increase to $48.6 billion. “The only way to preserve peace is to prepare for war”, Defence Minister Peter Dutton commented in an Anzac Day interview. This reflects the general consensus within Australian ruling circles, including the ALP, that more needs to be spent on preparing for a possible war with China.

This rising tide of military spending must be opposed. It is an immense waste of human resources that could otherwise be used for hospitals, schools, housing and dealing with the threat posed to all human life by rapidly worsening climate change.

Ultimately, it means fighting for a world that eliminates competition and war and is run on the basis of international cooperation.