GM Strike at the Crossroads: the Strength is in the Picket Lines

Almost 50,000 striking UAW members at General Motors may return to work in the next few days, but much is uncertain. Does the (still secret) Tentative Agreement between GM and the union represent the type of gains workers have sacrificed so much for over the last month? Or will the agreement represent yet another bureaucratic sell-out? 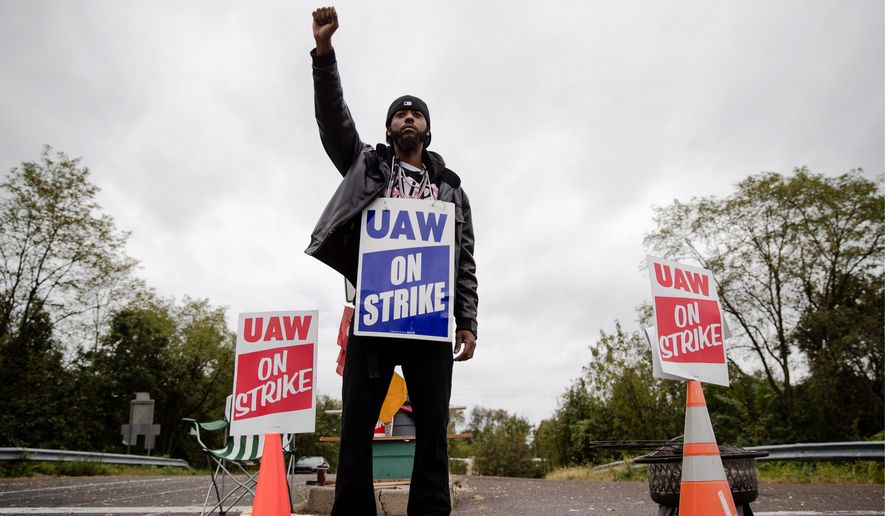 The UAW strike against GM is the longest strike by American auto workers in almost fifty years. While striking workers have been scraping by with $250/week strike pay for the last month, America’s most iconic auto boss, GM, has also been taking a major hit. Bank of America estimated that the month-long strike has cost the company upwards of $2 billion, and the impact of the strike has forced GM to close, or reduce the output of factories in Mexico and Canada. The strike has also begun to spread, as 3,500 Mack Truck workers represented by the UAW recently walked out and are now on their sixth day on strike.

But the struggle could be coming to a close. As of October 16, the UAW bargaining committee and GM have reached a Tentative Agreement (TA) for a new contract. The content of the TA has not been disclosed yet to the workers, and remains the exclusive knowledge of the lawyers, union functionaries, and the GM bosses. According to the union’s official update, the UAW’s 175-person GM National Council will meet tomorrow morning (October 17th) to decide whether to continue the strike until members vote on the tentative contract, or call the strike off immediately.

But how is the UAW National Council supposed to decide on the continuity of the strike without the input of its members? Past experiences show that attempts to end the strike before members get a chance to scrutinize and vote on the TA is a sign that a sub-par contract may be in store. The power of the UAW rests squarely with the membership, not with union officialdom. Unfortunately, if the UAW is able to demobilize the rank and file, it will be much more difficult to go back to the picket line. GM workers can and should refuse to go back to work without first reading the TA and having enough time to discuss it and vote on it.

Many GM workers know the truth: the Big Three automakers got bailed out during the 2008-2009 recession, and workers got sold out. First it was the introduction of a tiered workforce, where newly hired workers receive lower wages and worse benefits than more senior workers. Then GM increased the percentage of temporary workers, establishing a stratum of highly exploited “permatemps” with few rights. Today GM aims to expand these practices of tiered and precarious employment while reducing the total workforce and chipping away at every other gain of the UAW. All the while, GM has reaped billions in profits over the last few years.

Today’s UAW strike represents a turning point, a chance for workers to win something meaningful after years of retreat. Indeed, GM workers have real momentum that intersects a broader uptick in class struggle. Tomorrow, on the same day that the UAW’s Council will discuss the tentative deal, 25,000 Chicago teachers and staff will likely begin their own strike. Across the country there is widespread support for working people rising up and fighting for justice. The labor movement has the power to win solid victories if it uses its greatest weapons: mass action, solidarity, and a willingness to shut down production as long as it takes.

While the content of the TA is not yet known, it is likely that UAW leadership will try and push through a contract that, at best, makes very partial gains. At worst, the tentative contract could deepen the inequality and divides between tier 1 and tier 2 workers, between “permatemps” and those with permanent status, between retirees and current employees. Or, the company could make concessions to the union on the question of employee status but demand the right to close facilities and lay off workers at will. Such divide-and-conquer tactics should be forthrightly rejected by the union. Workers have the power to win a solid contract that significantly improves conditions for every member. Uplifting the hardest-hit sectors of the UAW membership is necessary to build the unity and confidence necessary to take on the auto bosses for the long haul.

For democratic mass meetings to decide the way forward!

The struggle of auto workers extends far beyond GM. Over a hundred thousand UAW members are working with an expired contract with Fiat Chrysler and Ford. Many have walked the picket line with GM strikers and shown solidarity in other ways. Yet, the workers at the Big Three have not yet had the chance to democratically decide the way forward together. While the UAW’s method of “pattern bargaining” has some rationale, there is also a powerful argument to be made for spreading the strike to Ford and Fiat Chrysler, to factories that supply parts, and even to GM plants abroad. Indeed, GM workers in the Mexican Silao plant have been victimized for showing heroic solidarity with the current UAW strike. Mass meetings of all UAW members (and perhaps other auto workers!) are necessary to chart the best path forward.

The outcome of the GM strike can change the arena of class struggle for the next period. The whole US working class is watching. Victory to the GM strikers!