After a long campaign against Wall Street and the establishment, Donald Trump has managed to fill his cabinet with Wall Street speculators. 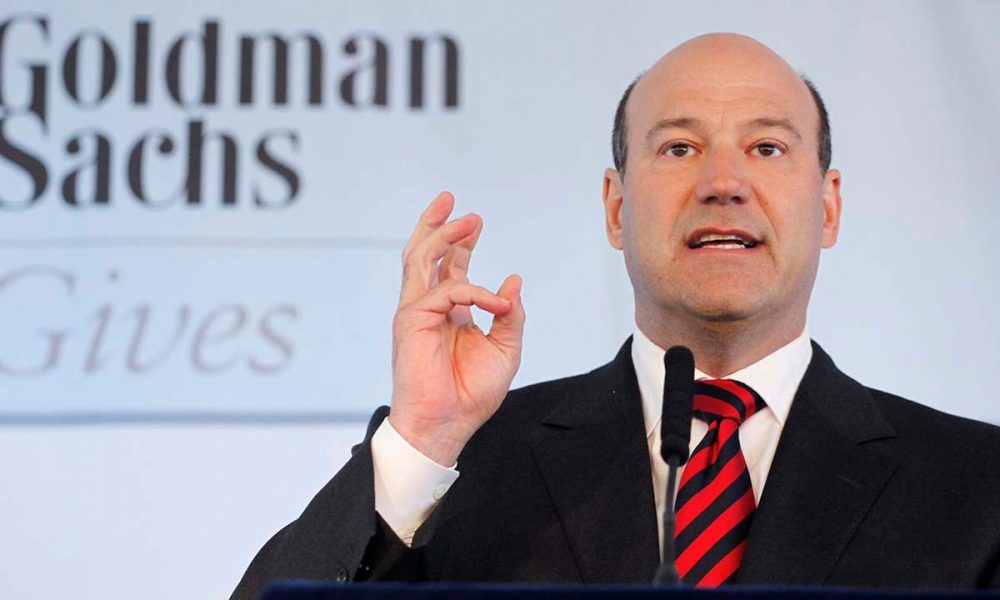 During the presidential campaign, Donald Trump repeatedly denounced Ted Cruz and Hillary Clinton their backing by Goldman Sachs. Nearing Election day, his campaign released an ad that warned of the “political establishment” and the “global power structure” that “has bled our country dry” and stolen from American workers. The ad portrayed Goldman Sachs CEO Lloyd Blankfein. Yet he has just appointed Gary Cohn, the bank’s #2, to lead the National Economic Council–the same Gary Cohn who apologized before Congress in 2008 for his responsibility in the housing market crash. At the head of Goldman Sachs in the lead-up to 2008, he is recognized as one of the architects of the subprime mortgage bubble.

With the US economy in shambles and over 4 million households foreclosed, Cohn managed to “stay dry on board that massive, sinking ship.” Between 2012 and 2015, he made $60 million, plus premiums in shares and stock equity pay. Thanks to the Obama administration, not one of the criminals at the head of the hedge funds and financial corporations responsible for this disaster went to jail. Instead, banks were rewarded with almost $30 trillion in bailouts.

This is not the first person Trump has appointed to his cabinet that comes from Goldman Sachs’ seedbed. Earlier this month, Trump appointed Steven Mnuchin as Treasury secretary. Much like Gary Cohn, Mnuchin was a Goldman Sachs executive for 17 years before moving on to create his own hedge fund and amassed a fortune off of speculative exploits in the housing market. In 2008, he bought the failing finance corporation IndyMac for $1.6 billion, renaming it OneWest. The company and its subsidiary, Financial Freedom, are responsible for at least 16,220 foreclosures since 2009. In 2015, Mnuchin sold OneWest for $3.4 billion to CIT Group, still retaining his seat on the Board of Trustees.

The son of a Goldman Sachs partner, even CNN calls him “literally a child of Wall Street.”

In an interview with CNBC, he stated, “Our number one priority is tax reform. This will be the largest tax reform since Reagan. (…) We’re going to cut corporate taxes.”

He then goes on to say that the loss in government revenues would be offset by an aggregate increase in revenues from personal income taxes, with the assurance that “the middle classes don’t pay more.” So it’s clear who’s going to pay for the corporate tax cut: workers.

Even Trump’s Goebbels, incoming chief strategist Steve Bannon, worked as a Mergers & Acquisitions banker for Goldman Sachs in the 1980’s.

It is no wonder that Goldman Sachs’ stocks have skyrocketed over 30 percent since the elections.

So far, Donald Trump’s cabinet is overwhelmingly dominated by rich, white men with Islamophobic, sexist and anti-labor records. It’s unlikely that the Trump Administration even pretend to dialogue with (or co-opt) dissident movements.

Within liberal-democratic societies, the legitimacy of a government, however rigged and biased the electoral system may be, relies partly on the ability of the personnel in office to accommodate grievances and keep the appearance of being accountable to their constituencies.

When protests broke out after the police murder of Michael Brown in August 2014, Attorney General Eric Holder flew to Ferguson to directly oversee the investigation with FBI agents and prosecutors. This allowed the Obama Administration to pretend a high level of investment in the solution of the racist police killing. Who would Mr Trump send in case of a new uprising elicited by police killings? KKK sympathizer Jeff Sessions?

A famous quote from the Communist Manifesto states that the “executive of the modern state is but a committee for managing the common affairs of the whole bourgeoisie.” This is an oversimplification of the matter—which some take to the letter—that could use some nuance, particularly in moments of crisis when populist leaders build their support from the masses to bargain concession from capital. However, the Trump Administration is taking shape: a bloc of Wall Street millionaires, racist bigots and anti-labor figureheads, fitting perfectly into Marx and Engels’ definition. So despite running on anti-establishment rhetoric and appealing to the un-employed or under employed industrial worker, Trump has formed a government representative of none other than Wall Street interests. An electoral system based on the disenfranchisement of millions among the poor, people of color and immigrants has brought on a government that is further to the right than the vast majority of the population.

Trump will take office having lost the popular vote by the largest margin of any president in US history, at the head of a Republican party that expressed from disdain to open opposition to him during the electoral race. Only five years after OWS, a cabinet of representatives of the 1% will take the reins of the White House. As shown by the wave of demonstrations after Trump’s election, protests and disruptions will likely increase and the makeup of his cabinet will restrict the government’s maneuverability.