All bourgeois politicians are cynical manipulators of public perception, but New York State Governor Andrew Cuomo is a master of the genre. Since the coronavirus pandemic began in March, Cuomo has tried to sell himself as a tough, no-nonsense advocate of public health and shared sacrifice, but he is still the same run of the mill neoliberal that he has always been. 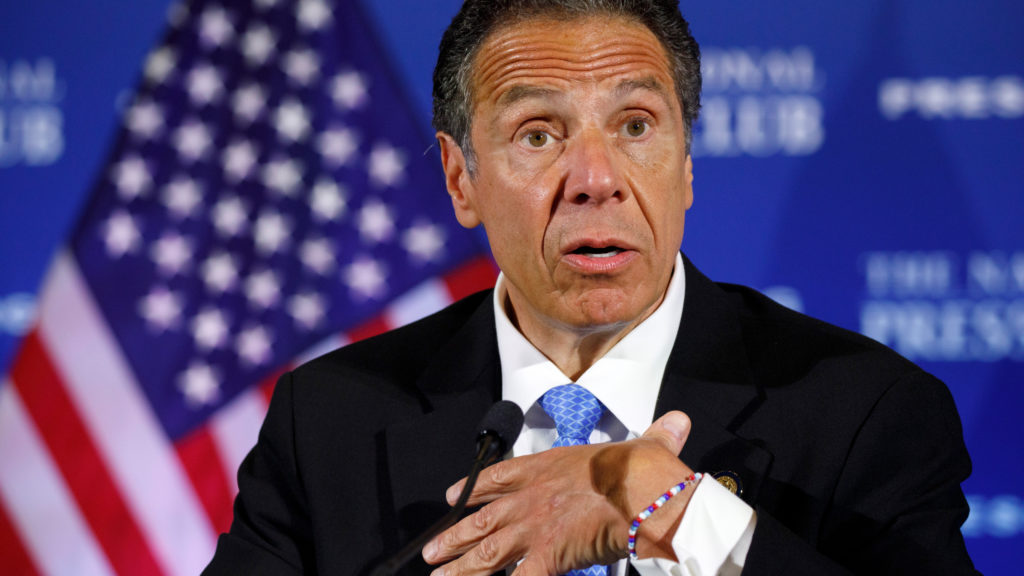 In a move that smacks of rank hypocrisy and condescension, Governor Cuomo announced on Wednesday — in the midst of a televised coronavirus briefing — that he would be foregoing his scheduled $25,000 raise for next year. The decision comes after several conservative news outlets, including the New York Post and Fox News, condemned the Governor’s expected pay increase in the face of a growing state deficit.

Cuomo, who has a net worth of at least $5 million and who currently earns $225,000 a year — one of the highest governor salaries in the country — did not mention the criticism, but said that he and members of his cabinet would not be receiving their raises because of the “overall financial picture” created by the coronavirus pandemic. Of course, foregoing these raises will have practically zero impact on the state’s expected $14 billion budget shortfall. It will, however, help him to deflect attention away from his brutal attacks on the working class and his record of ruthless austerity. By taking a voluntary pay deferral he also, once again, gets to sell the self-serving and corrosive narrative that “we are all in this together.” He gets to pretend that he and those like him — the wealthy and politically powerful — are somehow sharing in the economic pain and suffering that his own administration helped to create.

Cuomo’s scheduled eleven percent raise, it should be noted, is about five times greater than the average percentage increase that most New York State public sector workers were scheduled to receive. At $25,000, it is exactly equal to what a full-time minimum wage worker in Albany would make in an entire year before taxes.

While the Governor is no doubt hoping that this publicity stunt will help convince New Yorkers of the severity of the state budget crisis, the fact is he has repeatedly rejected proposals that would balance the budget through progressive taxation on the rich and super rich. Since he was elected, Cuomo has argued that any increase in taxes on the wealthy will only lead to capital flight, concerns that have not only been shown to be largely unfounded, but ignore the widespread economic hardship facing the majority of people living in New York. Instead of taxing those who can most afford it, he has instead proposed further sweeping cuts to already hard hit public services that working people rely upon, including education, transportation, and health services. If enacted, these cuts would devastate the New York working class and likely only push the state further into an economic crisis that working people will again be forced to pay for.

Cuomo’s decision also comes among a wave of wage cuts and raise deferrals to public sector employees, including tens of thousands of New York City school teachers, who were told last month that their scheduled and contractually obligated back pay would be indefinitely postponed. Although an independent arbiter eventually ruled in their favor, these teachers will still not receive the full amount of their pay until July. Meanwhile, at the City University of New York the new Chancellor, Fellix Matos Rodriguez, following the Governor’s lead, unilaterally declared that faculty and staff raises won in the last contract — raises that were traded for other demands such as the elimination of step increases for part-time lecturers — would not be forthcoming. He has said no word about when, if ever, they will be honored.

Although Cuomo has tried to portray himself as a compassionate liberal, especially since the pandemic began, he came to power as an anti-union fiscal conservative and he has governed as one ever since. Despite this, or perhaps because of it, state and city labor unions have done little to challenge his authority or to resist the draconian cuts that have taken place under his watch, cuts that have only added to the misery of decades of previous austerity. Now that these unions are facing even more massive budget cuts and layoffs, they seem to be even less inclined to risk triggering the wrath of the Governor, but if they hope to survive, that is exactly what they must do. This darling of the neoliberal establishment and the party he represents have nothing to offer the working class but more attacks and hardship as capitalist profits are threatened by the recession.

As the country prepares for what looks like another two years of a deadlocked congress, it is unlikely that any federal bailout of New York will be forthcoming. Thus, it is looking more and more possible that New York, like many other states, will have to solve its budget crisis on its own, and such a scenario can only end in one of two ways: either working people are forced to pay for the crisis, or they fight back. Public sector unions in particular have an obligation to build the fight against the coming wave of austerity, but doing that will require more than the usual lobbying efforts and bargaining for scraps on offer from the labor bureaucracy. If labor wishes to survive, unions will have to begin to think and act as a collective political force, of and for the working class as a whole. Nothing in New York City or New York state runs without the consent of the state workers, and building the collective capacity for a city-wide or state-wide strike against austerity has to be the priority of every public sector worker and unionist in the state and across the country right now.