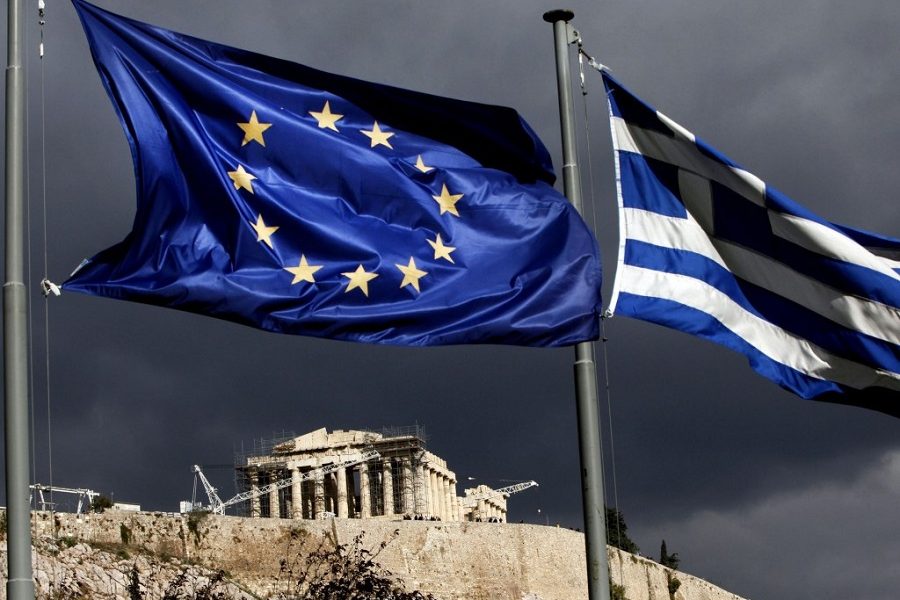 Greece’s failure to make the €1.5 billion ($1.7 billion) payment on Tuesday evening was the largest-ever default on IMF loans, occurring after months of negotiations between the Troika and the Greek government. Several analysts say, however, that this missed payment is not as crucial as the upcoming one with the European Central Bank (ECB), due on July 20. Even the IMF avoided the use of the term “default,” in favor of gentler “in arrears.”

Although EU and IMF officials have downplayed repercussions to the global economy, stock markets have responded negatively across the globe. London, New York, Shanghai, Frankfurt and many other cities saw their values sink roughly 2-3 per cent, on average. The uncertainty of the global economy –recovering at a jolting rhythm since the 2008 crisis – is indeed worrisome.
On the other hand, banks in Greece have remained closed all week and deposits are being held to prevent a catastrophic capital outflow and increasing lack of liquidity. Pro- and anti- EU demonstrations have completed the politically unstable scenario.

In this setting, Greek PM Alexis Tsipras announced on Sunday that there would be a referendum on July 5 to decide whether to accept Troika´s last proposal. Despite the crossfire, the two sides are willing to continue negotiations, with Tsipras explicitly stating that the government seeks a NO ballot majority in order to bargain with the Troika on better terms. The ECB top officials, as well as the IMF and the main European leaders are doubling down. They refuse to strike a deal before Sunday’s referendum, while they are calling the Greek people to vote YES and putting an equal sign between the “NO” vote in the referendum and a “NO” to the EU in general.

Both Troika leadership and SYRIZA government know that a simple referendum on whether to quit the European Union would almost surely result in a “no” vote. Previous polls have shown that the Greek majority is afraid of the immediate, distressing consequences of exiting the Eurozone. What is becoming more and more evident is that there is no EU without austerity.

What is staggering, then, is Greek authorities’ stubborn insistence on continued negotiations – but let’s be clear; far from a principled position, what brings Alexis Tsipras and his crew back to the table is pure pragmatism. No matter the degree of humiliation and submission demanded by the “institutions,” SYRIZA yields time after time with hopes of a bailout. At the time of the first agreement, reached on February 24, the Greek government entered the game of trading miserable cutbacks, bearing a primary budget surplus, to pay back the debt. Shaeuble’s words after the first agreement are telling: “The Greeks will certainly have a difficult time explaining the deal to their voters.”

This path has only been reaffirmed and intensified ever since. More concessions have been made, more “red lines” crossed, and the situation in Greece has gradually gotten worse. In blatant capitulation, Tsipras has not only abandoned the Thessaloniki Program, but has retreated entirely, leaving no trace of his “red lines.” Tuesday night, he displayed a new level of disregard for the people’s will: while calling for the referendum, he sent a letter to the Troika saying he would accept the last proposal –backpedaling from a plain rejection on Sunday– with a few minor changes.

At the same time, the imperialist impositions by Germany and the EU have gone so far as to instruct the Greek people on the upcoming referendum. This is unacceptable. After forcing the Greek government to get on their knees and beg for a bailout at any cost, the uncompromising refusal of the Troika can only be understood as an attempt to destabilize the government through economic shock and the ensuing political turmoil.

The meaning of the referendum now

A ‘NO’ victory will be useful as a blow against the EU institutions and an encouragement to the people, the workers and the youth in Greece to oppose the dictums of the imperialist EU. It certainly should not be taken — and many international left tendencies make this mistake when framing support for the “no” vote — as a vote of support for the SYRIZA government, and in extension, its willingness to grovel for bailouts in return for more unemployment, poverty and hunger. The last proposal SYRIZA offered (and the Troika rejected) already included concessions that the Greek people could not afford, such as pension cuts, privatizations and strict budget constraints. Leaked documents from EU Institutions show that not even with this stringent measures, and assuming an annual steady growth of 4% (huge assumption), will Greece be able to have a ‘sustainable’ debt by 2020.

Instead of showing moderation and accommodating the Troika, how powerful would it be if the Greek actually broke ties and begin a path of sovereignty and liberation from foreign and national exploiters?

What kinds of repercussions would be seen in the chastised Spain if the Greek people decides to expropriate all banks? How would the people in Puerto Rico respond to the news of an outright rejection of the Greek debt, on the grounds of its illegitimacy? Greece today is the scenario of a live play that is being watched worldwide. There is immense potential to ignite popular unrest around the world. But a government led by lukewarm social democrats, inherently unable to break with capitalism, is unlikely to play this role. The masses in Greece, whose mobilization power has been repeatedly demonstrated, are the ones able to take this program into their hands. It is paramount that left political parties do not raise hopes in SYRIZA and instead advocate for a transitional program to socialism now.