Solidarity protests against the murder of George Floyd spread to Athens where protesters demonstrated and threw Molotov Cocktails at the U.S. embassy. 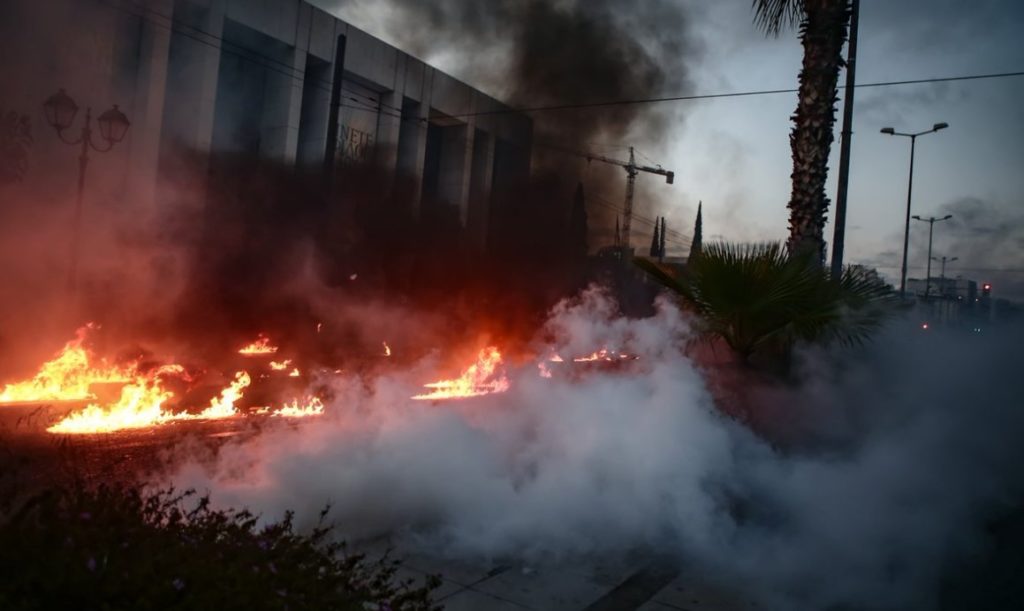 Global demonstrations against police brutality sparked by the murder of George Floyd by Minneapolis police officers have spread to Greece. On Wednesday, thousands marched from Syntagma Square, a central square in downtown Athens, to the U.S. embassy in solidarity with U.S. protesters. Shortly after the rally, protesters threw Molotov cocktails at the embassy, setting a fire to the area right outside the embassy.

Greek protesters have set the US Embassy in Athens on fire… #BLM #BlackLivesMatter https://t.co/n7N6Jff7Lu

According to the Greek City Times, the march was organized by student, leftist groups, and several anarchist collectives. Photos from the event shows protesters holding placards and banners with slogans like, “No breathing space to the system creating crises, wars and racism,” “It’s Trump, it was Obama, but always above all it’s capitalism,” and “Capitalism Suffocates Us,” with some signs displaying George Floyd’s face and Black Lives Matter imagery. Outside the U.S. embassy, protesters held up letters to form the words, “Capitalism Means I Can’t Breathe.”

At the end of the demonstration, demonstrators ran towards the heavily guarded and cordoned-off U.S. embassy holding flaming Molotov cocktails. The protesters threw them at the ground in front of the barricades while being chased by the police who responded with tear gas. The police ultimately detained twelve protesters and arrested five.

Greece is one of the many countries to show solidarity with U.S. protesters in their fight against racism and police brutality. These global protests highlight that our collective struggles against racism and capitalism are all connected.